Texting Your Way to Debt

The increase of SMS loan services has Swedish officials concerned 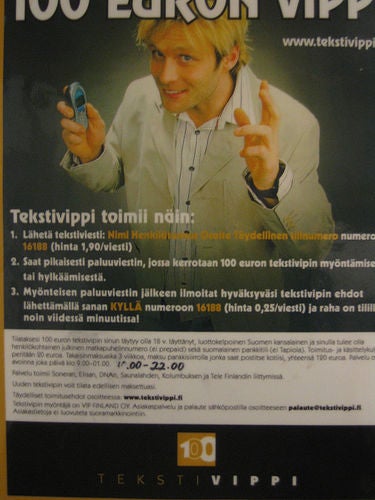 Last week, we reported on the good that can come from text-messaging in the context of NGOs using it to build community in developing nations. Now we’re seeing a story on SMS with a decidedly less altruistic bent. In the past two years, Sweden has seen the birth and rapid rise in popularity of SMS loans.

The application process is as simple as a text message. Ads for the loans abound in the public space. They’re exceptionally easy to get and come with high fees and very high interest. What has Swedish officials worried is that they’re seeing young and low-income people accruing debt in this way at an alarming rate.

A spokesman from the Swedish debt recovery agency warned that the impediments to borrowing money had been lowered so greatly with these loans as to equate them with an impulse buy. Borrowers are quickly trapped by late fees after thirty days and take further loans to pay the previous ones. The industry has tried to assure the government that the bad debt rate is low, but officials remain unconvinced.