How do you handle bad manners online? Our columnist's adventures in "e-tiquette" 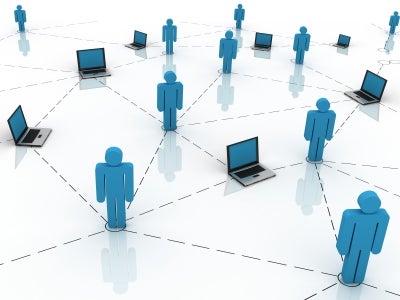 I’ve been Xinged. I’ve been Hi5ed. I’ve been Linked In—oh, have I been—and I’ve been Facebooked and Myspaced and Twittered (and if you’ve read comments from my column last week, I’ve been flamed as well, but that’s another story). I’ve taken it all till now, but I can’t takes no more. If you’ve suffered from the increasing torrent of well-meaning but annoying e-mail notifications and invites from aspiring social-networking-site friends, you know of which I speak. To mangle the beloved Pogo quote, I have seen the enemy, and he is us.

Don’t for a second think that I’m some old geezer shaking my cane at all the youngsters to get off my goddamn cyber-lawn. On the contrary, I get why so many of these social-networking sites keep growing, burning through Internet bandwidth like a So-Cal wildfire as they climb the ranks of most-visited sites. And I’m convinced that in one form or another, they’re here to stay for a long while, and that’s not a bad thing.

No, my gripe is that after at least half a decade of their popularity (and far longer if you count Usenet groups), we have yet to define and adopt a common etiquette for social-networking sites—in fact, you could extend that sentiment to the entire online experience. Whenever some new form of technology appears that shakes up the way we all interact, there’s a period of hand-wringing until we all figure out how to use it appropriately. An early example was the telephone. When it first appeared, users fretted over everything from the loss of privacy it would bring to figuring out what salutation should be used when answering a call. (Famously, possibly apocryphally, Thomas Edison and Alexander Graham Bell proposed competing salutations. Edison’s “Hello” won out. I, like The Simpsons’s Mr. Burns, am more partial to the seafarer’s lilt of Bell’s preferred “Ahoy-hoy!”) Eventually we sorted it out organically, and we pretty much all now say hello and goodbye, are judicious in our use of call-waiting and, until recently, referred to a centralized resource—the phone book—when trying to contact strangers. For the most part, ditto these rules for cellphones (although ringing cellphones in theaters and churches and rude gabbers in the checkout line are still amazingly common).

In the online world, we’re beginning to adopt etiquette for e-mail, even if some imbeciles still haven’t figured out that you should use BCC for group e-mails, that ALL CAPS MEANS YOU’RE SHOUTING, and that punctuation is a blessing, not an impediment. But digital awkwardness stems from problems both technological and social. We’ve leveraged our privacy for maximum connectivity, and the balance is still mightily askew.

Once you’ve joined a social-network site and built up a profile, it becomes a free-for-all. Too many of us think it’s perfectly reasonable to spam complete strangers into joining their network of “friends,” with no introduction or explanation offered. That seems petty, but when you regularly get a dozen daily requests, burnout is inevitable and the whole point is lost—if not the site (anyone out there still hanging on Friendster these days?). Business types get flooded with requests to be Linked In or to vouch for someone, and in the end they un-Link in frustration. (Similarly, I’ll never touch another Plaxo request that forces me to do someone else’s address-book homework.) And young users still don’t seem to know that the teenage travails and mistakes they post publicly become a rap sheet for future employers, friends and lovers to judge by.

To be honest, I don’t have a solution to these online conundrums. But then again, I don’t have to—I just come here to grouse. I’d love to hear your input, though. What lessons have you learned, and how do you think we can stop the insanity without abandoning online social networks altogether?