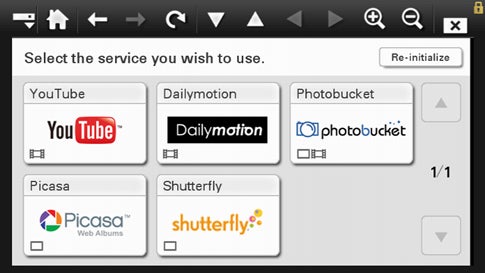 It may at first sound like a Franken-feature. Do I really want to surf the Web on my camera? Of course not. But adding a Web browser makes Sony’s new G3 far more powerful than any other Wi-Fi equipped camera.

Wireless shooters have been around since Kodak’s EasyShare-One debuted in 2005 (and won a PopSci Best of What’s New award). Subsequently Canon, Nikon and Panasonic have offered Wi-Fi models. And Eye-Fi (another BOWN winner) adds wireless to any camera with an SD card slot. But none of these setups provides a browser that lets you log into any commercial Wi-Fi hotspots that require you to enter a credit card number or even free ones that still require you to click on a terms-of-service acknowledgment button. (Though Nikon bundles built-in access to the Wayport network and Panasonic includes T-Mobile.) And they stick you with just one photo-sharing site. Panasonic uploads to Picasa and Nikon to the company’s own MyPictureTown, for example. That doesn’t help me much; I’m a Flickr devotee.

The Difference a Browser Makes

Finally, Sony got Wi-Fi right — well, at least in theory.

For the past few weeks I’ve been playing with the Cybershot DSC-G3, which the company formally debuted today. It’s essentially the wireless version of the company’s Cyber-shot T700 and sports the same 3.5-inch touchscreen. The phone’s browser is spartan but functional, and the soft keypad that pops up makes entering URLs or wireless passwords fairly easy.

And while uploading pictures is a little tricky, at least they’ll be photos worth viewing once you get them there. Though not the best pocket camera, the G3 is quite competent. Colors looked vibrant when shot under good lighting, and photos showed plenty of sharp detail. The camera functions very well in dim light, taking crisp shots up to ISO 800 sensitivity and still-useable ones at ISO 1600. (The max setting of 3200 isn’t too pretty.) The camera also achieves a good exposure balance in tricky lighting, such as a cityscape that ranges from brilliantly bright sky to deep shadows at sidewalk level.

I applaud Sony for finally including a browser on a Wi-Fi camera. In many ways, though, this is clearly a 1.0 — or even 0.1 — feature.

For starters, the connection process is agonizingly slow. It probably takes a good 30 seconds to get to the homepage for uploads, which features ready links to a handful of pre-loaded services such as Picasa, Photobucket and YouTube. (Yup, you can upload videos, too.) And because the browser lacks a progress display, I couldn’t tell if it was slowly downloading or just stalling out (which it sometimes did). You’ll also have to click through a few security warning popups, including — ironically — one that says the browser can’t verify the security of its own homepage.

Uploading to one of the six bundled photo and/or video services on the homepage is fairly easy. Just tap the icon and enter username and password once (the browser remembers the info for later visits). My beloved Flickr was not pre-loaded, so I had to peck in its URL first (which subsequently appeared in a dropdown of recent sites) and enter username and password (annoyingly NOT remembered for future visits).

For choosing uploads, the camera lets you browse photos by date or “folder” (meaning the MemoryStick card or the camera’s 4 gigabytes of build-in storage). It then shows thumbnails of each photo that you simply click to select. And you can repeat the process to pick a batch of photos to upload at once.

Unfortunately, you can’t upload photos directly from the camera’s standard picture-viewing menu. Mark Weir, Sony’s product manager, acknowledges that it would be a nice feature but says that the camera’s processor isn’t powerful enough to handle the operation — running both the Web and photo browsers at once. However, you can tag up to six of those pictures at a time with a “sharemark.” Then when you fire up the Web browser, you can choose right from the sharemark list (though you have to select each one individually to build up your queue). Uploads are terribly slow, but reliable. The camera didn’t drop any single- or multiple-photo uploads in my tests.

Since you have a Web browser, you can also view photos you have already uploaded to a Web site. But you can’t download them to the camera. That’s unfortunate, since its 4GB of built-in memory provides plenty of storage for archiving pictures — indeed, that’s its purpose for photos you shoot directly with the camera. And you can’t play videos from the Web.

You can also try to browse any other Web pages — though it’s an off-label use that Sony doesn’t guarantee to work. I was able to do a Google search, for example. But I got only a partial rendering of PopSci’s homepage (which took about five minutes to load at all), and I got an error message when trying to view my Yahoo mail inbox.

You probably don’t want to spend a whole lot of time Web surfing, anyway, as it scarfs up the battery. A freshly charged cell drained down in about two hours — which is not so long considering how sluggish the browsing and upload operations are.

In the end, the G3 is a mixed bag. Having now seen a browser on a Wi-Fi camera, I can’t imagine any future models without. But I also don’t want to imagine future cameras with a browser as slow and kludgey as this one. 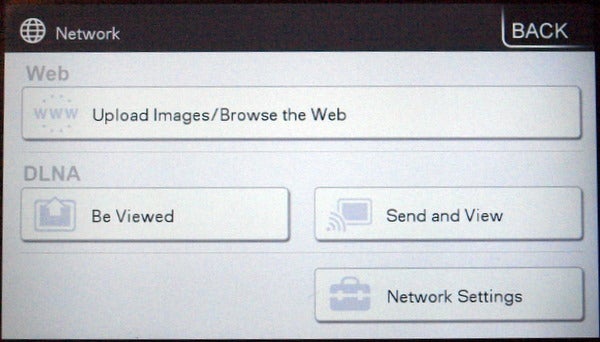 The main menu for the wireless features 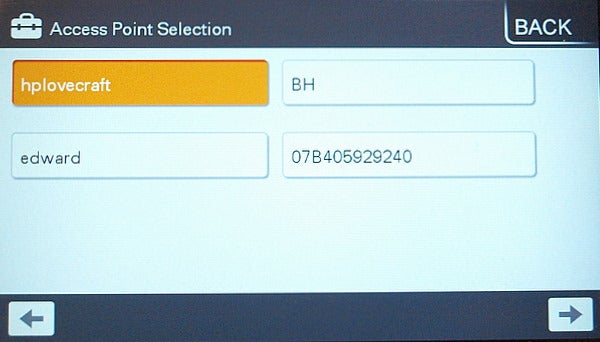 Selecting a WiFi network. (Mine is named for a late horror writer who once lived in my apartment.) 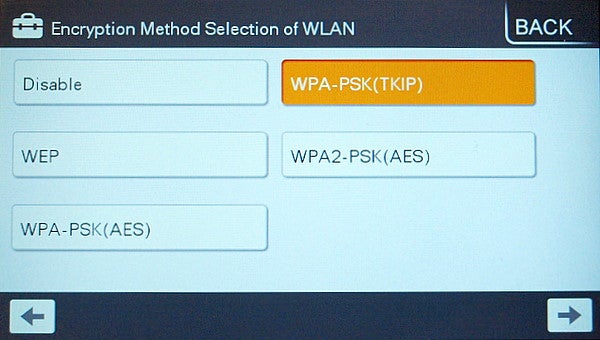 All the Wi-Fi encryption technologies are supported 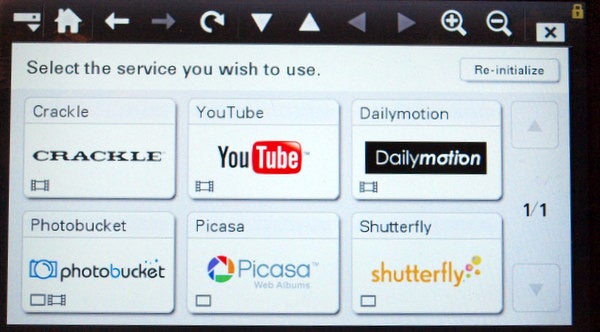 The pre-loaded sites are easiest to use

Since this is a Web portal, Sony could add additional pre-loaded sites at any time. I hope they do soon. 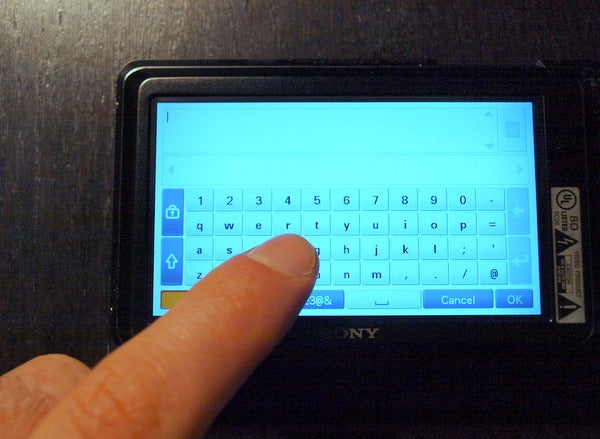 Logging into other sites, such as Flickr, is more tedious and requires extra clicking

Fortunately, the browser allows you to magnify pages that render too tiny at regular size. 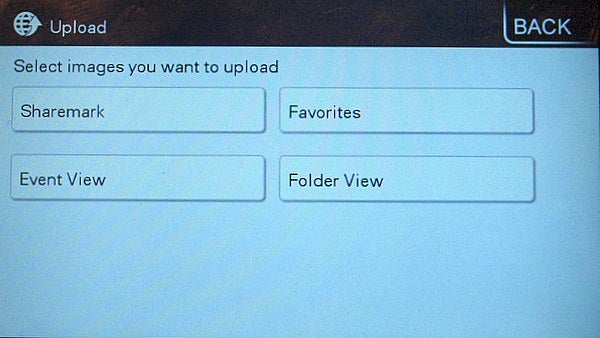 You can choose photos to upload in several ways

You can choose those marked for sharing (Sharemark), by date (Event), favorites and by “folder” (memory card or built-in memory). 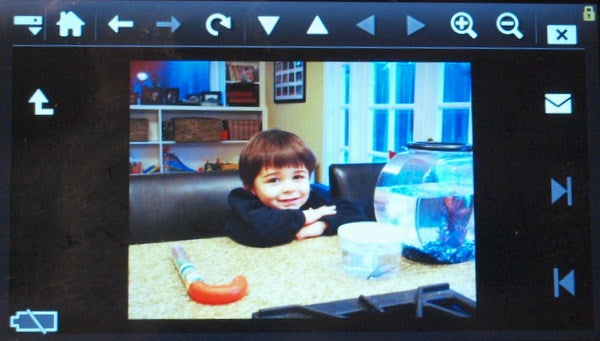 Viewing photos after you have uploaded them 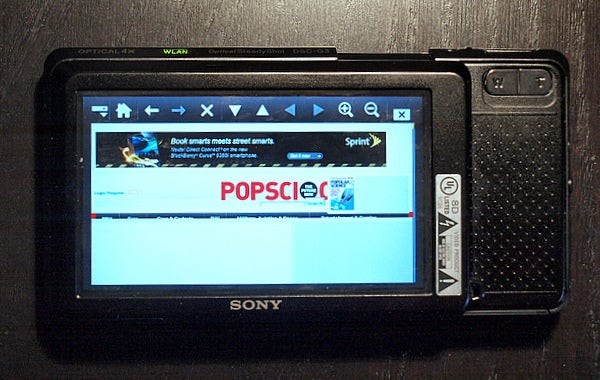 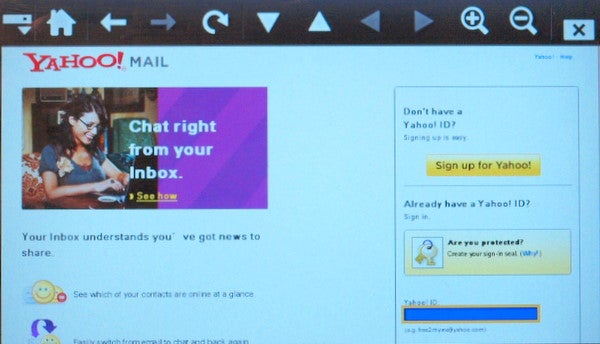 I almost got into my Yahoo mail, but couldn’t get the inbox to load