Oppo put a digital microscope in its new flagship smartphone

The X3 Pro has a 60x magnification lens that offers a unique perspective on everyday subjects. 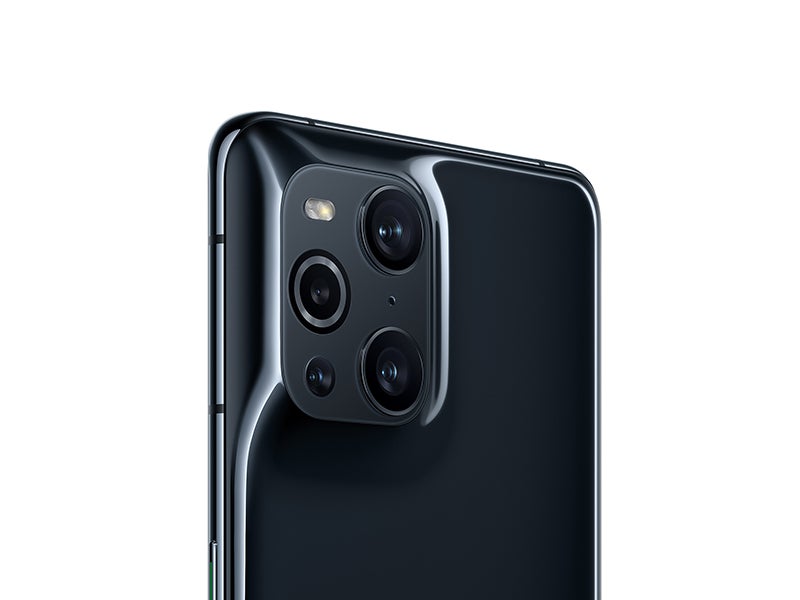 The macro camera has a ring light around it because the phone typically blocks ambient light on the subject when you get that close. Oppo
SHARE

It’s getting more difficult for smartphone manufacturers to differentiate the cameras on their devices. Super-wide cameras are old news now, and we’re now firmly in the era of smartphone cams that have actual optical zoom lenses. Some companies have tried more off-beat approaches, but that’s a gamble, especially when that swanky new infrared camera proves to be accidentally creepy.

This week, Oppo introduced its new X3 Pro flagship smartphone, and it promises to shoot macro photos with a built-in “microlens.” The optics sit in front of a relatively low-res three-megapixel sensor but promise a 60x magnification, which is close enough to reveal details that your eyeball (or your regular smartphone camera) can’t see.

A tiny ring light surrounds the microlens in order to provide even and ample illumination on whatever subject you’re trying to get close to. Ring lights at the front of the lens are common in macro situations because the camera and photographer tend to block the light falling on the subject when getting this close.

The micro camera works a lot like the basic digital microscopes you can get cheaply on Amazon. The camera can only focus on objects close to it, and capturing a great shot can be tricky. The biggest challenge typically comes from the depth of field. When you get super close to an object, the area of the image that appears in focus gets extremely small. In fact, if your hand isn’t totally still while you’re trying to take a macro photo, it’s likely the slight jiggle will be enough to get the wrong part of the subject in focus.

[Related: You should add a macro lens to your smartphone camera]

That makes the X3 Pro’s macro camera better for real-time, up-close exploration. This much magnification can make anything from the weaved pattern in your jeans to something as simple as table salt look really cool, even if it’s difficult to snap a picture that captures the effect.

If you don’t want to opt for an Oppo phone, you can always get an accessory lens for your current smartphone that achieves a similar effect. Moment makes a version that’s excellent, but it is somewhat pricey and requires a specific case to mount the optics. If you’re just curious about seeing things up close and you don’t care that much about image quality, there are tons of options on Amazon that won’t set you back much money at all.

If you want to get even closer to a subject, those digital microscopes mentioned earlier can go to up to 1,000x magnification for less than $25. Again, don’t expect perfect image quality at that price point, but it’s sure fun to play with.

As for Oppo’s X3 Pro, the phone’s spec sheet reads like you’d expect from an Android flagship phone. It has a 50-megapixel main camera, as well as an ultra-wide shooter with the same resolution, and a 13-megapixel telephoto module.

There’s no official pricing or release date for the phone just yet, but Oppo is tied directly to smartphone maker OnePlus, so it’s not unheard of that we could see more close-up-photography cameras showing up in those devices as well.