The GoPro Max camera boasts impressive stats and clever features, but what does the future hold for immersive photo and video? 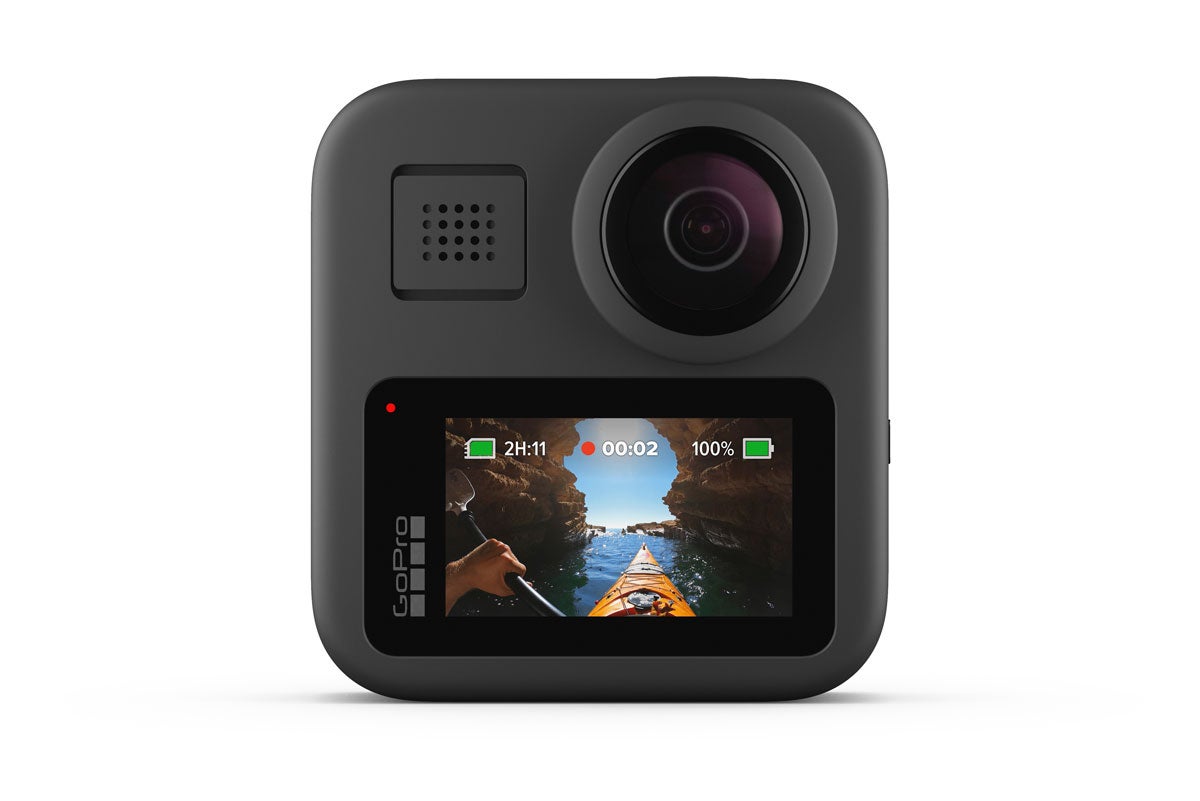 This morning, GoPro announced a new camera called Max 360. Its flat, square body has a super-wide-angle lens on either side of the device, while a small screen occupies the bottom of the camera. Like so many dual-camera devices before it, the idea is that you can capture a spherical image that includes an entire environment. We’ve seen similar-looking cameras before—in fact GoPro had a previous model with a similar design called the Fusion. And while the Max 360 has an impressive spec sheet and promises some unique uses for the all-around capture capabilities, it’s hard not to wonder what the future of this kind of camera looks like in the short and long term.

Making a successful 360-degree camera is tough. Earlier this year, Nikon fully discontinued its KeyMission 360, which debuted to ample fanfare back at CES 2016. Back then, introducing a spherical camera seemed like a reasonable gamble for a tech company. Facebook had just introduced native support for 360-degree photos and videos in September of 2015, and massive media brands like the New York Times were dedicating large swaths of time and effort into developing content for this immersive new platform.

By 2016, there was already a market for consumer-grade 360 cameras. The Ricoh Theta, for instance, was one of the first consumer-oriented devices in the space, and the original version debuted back in 2013. Smaller startups got in on the game, too, with companies like 360fly, which made a single-camera unit in the shape of a faceted ball. Then there were multi-lens solutions like the Panono, which promised 108-megapixel, immersive images and even encouraged users to gently toss it and catch it, even though its price tag was roughly $2,000.

Today, Chinese company Insta360 offers one of the most successful immersive shooting rigs called the One X. It costs $450 and it’s even available through the Apple store.

This video wasn’t shot on the new GoPro, but it’s one of the most representative examples of the kind of thing you can actually watch in 360 online at the moment.

But despite all these gadgets, when was the last time you encountered 360 photo or video in any of your social feeds? Unless you go looking for it, it’s likely not often.

Scroll over to Facebook’s page about 360 photos and it recommends some cameras for capturing this kind of content, but scrolling through it is like a time machine back to 2016. It lists the Ricoh Theta S from that year and similar models. It doesn’t include GoPro’s previous Fusion.

It does, however, include several smartphone add-ons meant to capture 360 video, which is interesting, but also kinda sad segment of the market. The Essential Phone famously used the 360 camera as the first device to use its modular, wireless connector system, though it was expensive and the quality wasn’t great.

Why hasn’t it caught on?

The only time I’ve ever really enjoyed taking in 360-degree content was during my initial review period of Facebook’s Oculus Go. The untethered VR headset wasn’t powerful enough to run some of the heavy-duty virtual reality games, but it was good for looking at immersive content. Watching videos of wild animals walking around you or simulating a trip to exotic locales is fun, but it got old. I hadn’t tried it in more than a year when I recently dusted off the Oculus to see what was happening—but that was just for this article.

Surprisingly, not a lot has changed, There are more VR games now, but finding native 360 content still kinda feels like flipping through screensavers on your Apple TV. Sure, they’re pretty to look at and interesting for a little while, but how long are you actually going to do that?

The tools for actually viewing this content are out there: VR headset sales are on the rise. An IDC report from earlier this year suggests a 27 percent uptick in VR and AR headset sales (skewed mostly toward VR) in the first quarter of 2019 versus the previous year. The report goes on to suggest it expects totally AR and VR headset sales to reach 7.6 million units in 2019, compared to 5.9 million in 2018.

But, even if people have the ability to view 360 content in a virtual way, it’s unclear if they’ll actually do so. YouTube doesn’t have any public stats about how many people are using its service for this kind of content, but you have to go searching for it if you want to find it, which isn’t a vote of confidence that demand is high.

So how does the new GoPro fit in?

Since it has become readily apparent people aren’t begging to look at 360 content in a typical VR setting, or using their phone as a little window to move around a scene, GoPro has baked a few clever uses into its Max 360.

The Reframe feature, for instance, lets shooters focus in on a single part of the scene, then simulate an epic zoom out, before zooming back in on another aspect of the environment. It’s a cool effect that’s meant to play on a typical screen, but would be nearly impossible with a traditional camera.

The Max TimeWarp feature (you can see a demo in the video above) produces a similar effect with a time-lapse function. The examples on the GoPro site depict the camera moving smoothly through city streets, rotating the view as it goes. I could see this coming in handy for some situations—slow-moving night scenes for instance—but I found even the pro examples disorienting. I can’t imagine how nauseous I could make viewers with my shaky hands.

GoPro has also hedged the camera’s dependence on 360 video for its overall success. If you just want to use it as a typical action camera with the company’s really excellent image stabilization tech, you can do so. The directional microphones it uses to create 3D audio (which is also largely a novelty for the moment) make it useful for vloggers who want to simulate the effect of an attached shotgun microphone. It reduces external noise and even environmental sound like which can easily turn into an annoying roar in your footage.

Perhaps more importantly, however, the Max offers something the iPhone camera can’t. With the release of the iPhone 11 Pro, Apple’s ubiquitous device now offers a super-wide-angle field of view, which was previously one of GoPro’s signature looks. The company—and pretty much every company that makes cameras—are constantly looking for ways to stay ahead of the iPhone camera crush.

You can pre-order the Max 360 now for $499 with a bonus memory card if you hop on early. If you’re thinking about buying it instead of the new $399 Hero8 Black, you’ll lose the 4K 60P recording mode—the Max tops out at 1440P at 60 fps. The Max also only does 2x slow-motion compared to the super-slow 8x mode in the Hero8 Black. Lastly, the Max is only waterproof to 16 feet instead of 33 feet, which might be a deal-breaker if you do most of your vlogging at 23 feet underwater.

So, you’ll have to decide if the 360-degree capture is worth losing those stats and tacking on an extra $100. If you find cool subject matter and practice, the effect can be really cool. The problem is wondering if anyone will actually watch it the way you intended.