The first Arabic Internet addresses went live this week, in the first major change to the domain name system since... 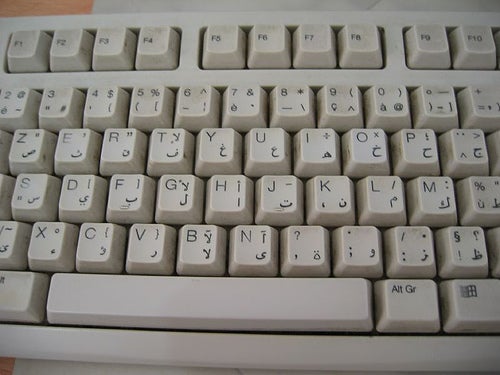 The first Arabic Internet addresses went live this week, in the first major change to the domain name system since its creation. Domain names in Arabic were added for Egypt, Saudi Arabia and the United Arab Emirates, following final approval by the Internet Corporation for Assigned Names and Numbers (ICANN).

The change was a long time coming, advocates say. Web sites in Arabic-speaking countries have had to use suffixes like “.com,” despite targeting audiences who don’t read English or other Latin-script languages. Complicating matters is the fact that Arabic is written from right to left, rather than left to right.

Domain names in Egypt can now include .masr, in Arabic script. Masr is the country’s name in Arabic. Egypt will also keep its “.eg” suffix in Latin, the AP reported.

Three companies,TE Data, Vodafone Data and Link Registrar, were the first to receive licenses to use the new suffix, AP reported.

A suffix for Russia in Cyrillic is coming soon, too, after ICANN cleared it last month. Proposals for other countries and alphabets have received preliminary approval and should be online by the end of the year, including Chinese in Hong Kong, Thai in Thailand, Silhanese and Tamil in Sri Lanka, and Arabic in several other countries.

About 50 countries expressed interest in creating non-Latin domain names, according to an ICANN survey last year. The Internet overlord started accepting applications for various languages in November, and has since received requests for 11 languages.