Several snowmen were harmed in the making of this video 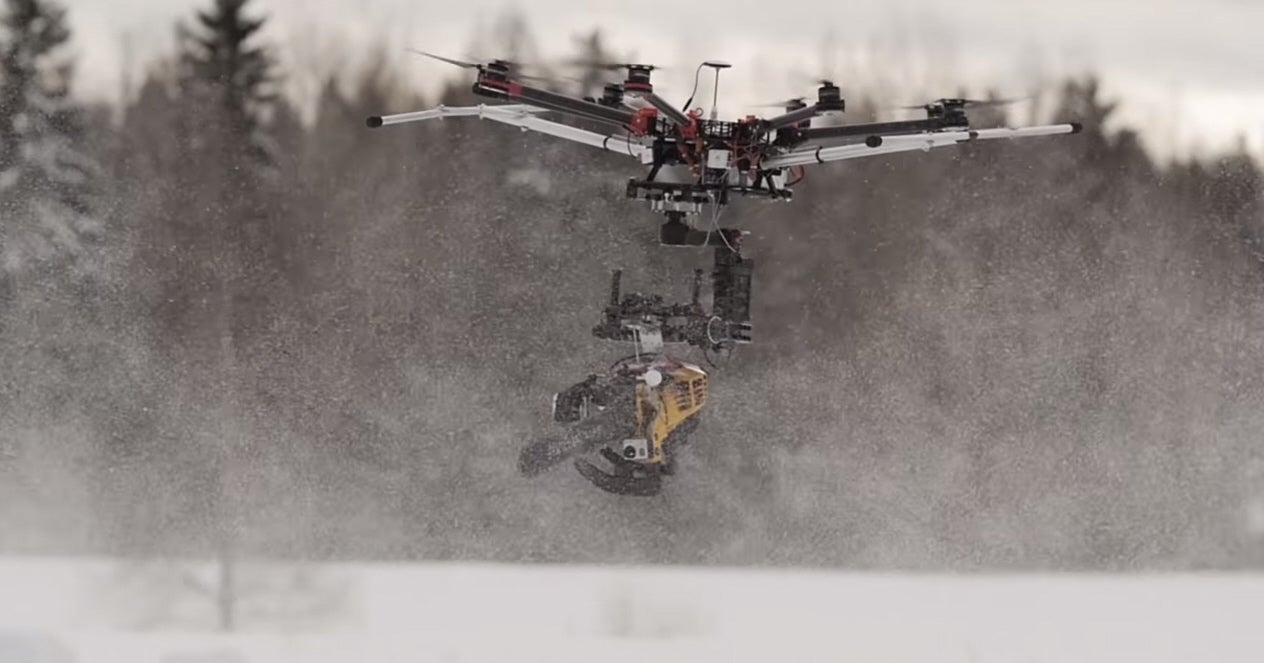 Snowmen have a hard lot in life. Immobile, their unblinking eyes witness their slow decline as winter leaves, the sun returns, and their entire families melt into nothingness over weeks. And that’s the default, before humans do weirder things, like turning snowmen into test dummies for chainsaw-wielding drones.

Produced by Finnish independent filmmakers Misty Friday Films, the chainsaw-wielding drone is the star of “KILLERDRONE! Flying chainsaw,” a short, less than three-minute clip on YouTube. Here, watch it destroy another snowman.

Attaching chainsaws to drones is almost always a terrible idea, and a Darwin Award in the making. And depending on the definition of “weapon,” it’s also possibly illegal in several states. Fortunately, the video reveals the secret weapon guaranteed to work against a chainsaw drone every time: balloons.

Watch the video below, and remember, don’t attach chainsaws to drones.