Is Virtual Reality The Future Of Music Videos?

An immersive dance party is hard to deny 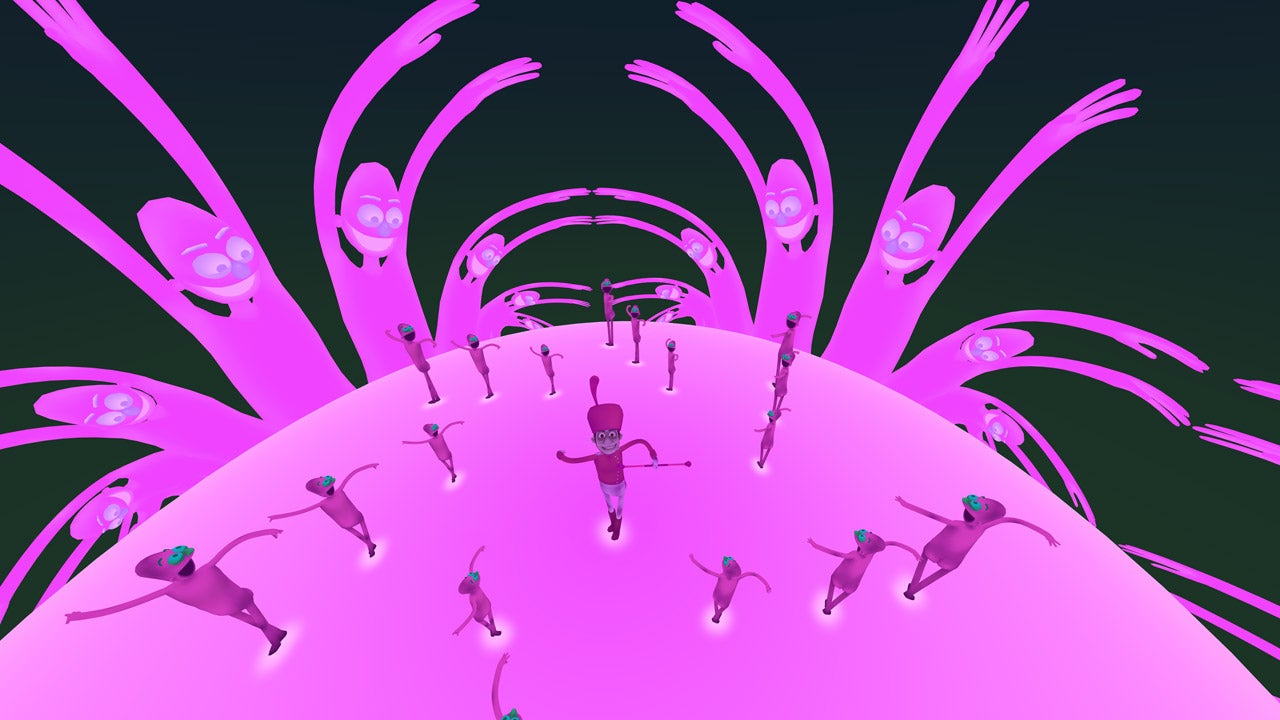 As virtual reality tech finally becomes attainable (and is poised for an all-out explosion), new questions are being born: What kind of stories will we tell with these things? What experiences can we create? What can we do in there?

Perhaps not since the birth of film have so many exciting creative questions been unleashed at once. At least for now, there are no wrong answers—only possibilities.

Organizers of this year’s TriBeCa Film Festival in New York City (April 18-24) are charging headlong to the frontier, showcasing thirteen VR experiences at an immersive entertainment showcase called the Virtual Arcade. Festivalgoers exit an elevator and find themselves in a blue-lit world of swivel chairs and white curtained booths, where they can join the rest of the headseterati and immerse themselves in virtual activities that range from swimming with whales to saving the world from an alien invasion… by becoming a bunny.

But one experience might spearhead an entirely new genre: the virtual reality music video. In “Old Friend,” creator Tyler Hurd, who cut his teeth as a video game animator, drops you into the center of a psychedelic dance circle set to Future Islands’ song of the same name. As the tune’s high-pitched synth hook kicks in on your headphones, you’re confronted by an almost psychotically happy drum major who twirls his baton, lip syncs, dances like a madman, and makes it all but impossible for you not to do the same.

All around you are colorful elastic characters shaking their colorful elastic limbs with the kind of liberated abandon that’s only possible on a virtual dance floor in an imaginary universe hidden behind an actual, real-world curtain. Beyond your dance circle, big anthropomorphic mountains shake and shimmy, and every cloud smiles the instant you look at it. And, what’s this? Your own arms (which move via the HTC Vive’s controllers) are long and wavy and seem re-designed for the sole purpose of indiscriminate virtual dancing! Look down, and your feet are wiggling in uncontrollable joy. In other words, you’re not just listening to the music; you are the music.

By the time the video ends, just about everybody who exits those curtains looks like they just got a free trip to space—and when they got there it was just one giant rave, thrown in their honor.

“I modeled all the dance moves after my friends,” says Hurd. “I was like, ‘Just come over and we’ll all get wasted and make some videos!'” Once he had his material, Hurd played the videos back frame by frame and made his virtual dance troupe pull off the same moves. “Old Friend” took Hurd nine months to complete (he did all the animations and coding himself). But it was a labor of love, he says, because once he got a glimpse of what was possible with VR, the one-time 2D-only animator was hooked.

“I’ll never forget the first time I got to meet one of the characters I created in VR for the first time,” Hurd told me, standing in front of his booth in a white button-down and a TriBeCa creator lanyard. “He felt present—like he was right there and I could almost touch him. You look into his eyes you actually get this emotional connection. I was like, whoa. That’s it. My mind was just totally blown.”

After three minutes and ten seconds engaged in an all-out virtual crunkfest on an imaginary planet where only dancing matters, it was easy to see how Hurd’s creation could be the future of music videos—or of the way we experience music itself.