Oculus Will Soon Let You Find Your Friends In Virtual Reality

VR is getting social 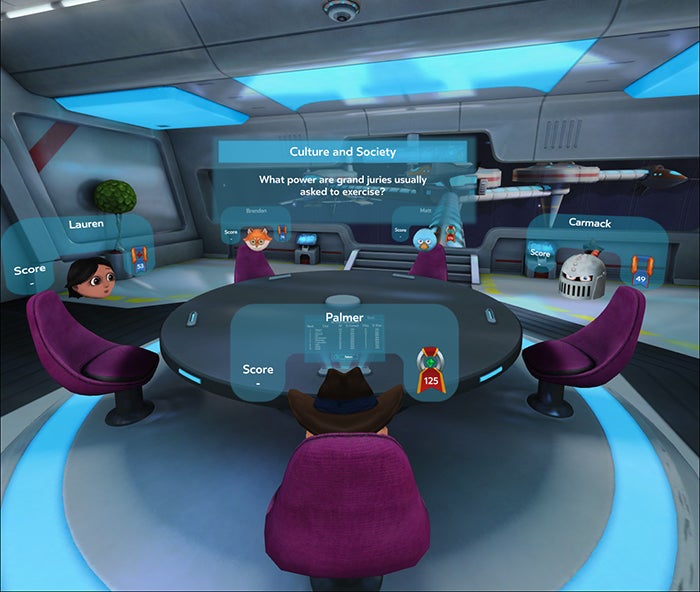 Virtual reality lets you immerse yourself in video games, 360-degree videos and soon Amazon original content. But what it doesn’t do at the moment is let you meet up with your friends for a shared experience. At least not well. But Oculus, owned by Facebook, is trying to change that with its latest release.

The clever folks behind the Oculus Rift and the Samsung Gear VR will now allow you to get a notification when friends touting similar headsets appear online. The feature will go live on Thursday, March 10, just in time for the first publicly-available Oculus Rift headsets to begin arriving at the homes of purchasers.

Until then, only users of Samsung’s Gear VR will be able to benefit from the VR buddy list. With a list of your friends, and accompanying notifications, players are able to take part in multiplayer virtual reality games like Herobound, an adventure title, or Social Trivia— in case real trivia isn’t available or appealing to you. 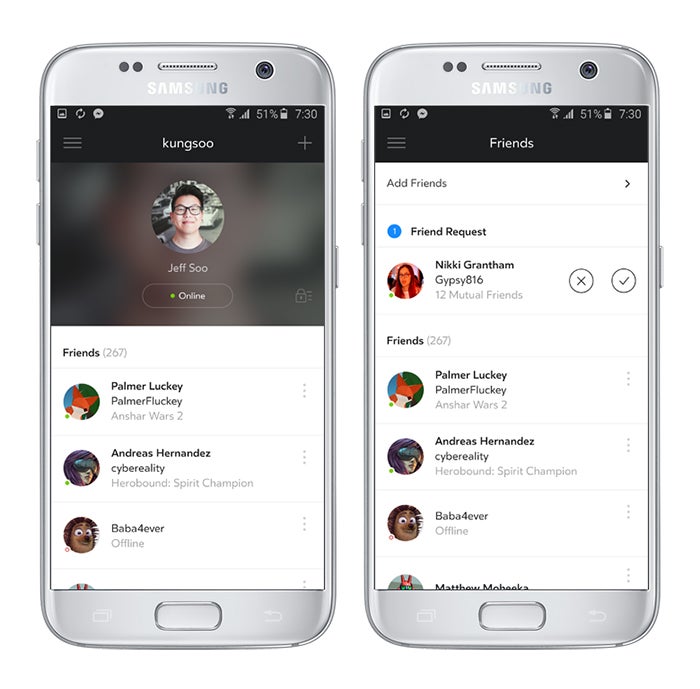 But one of the most compelling applications for the multiplayer capabilities is in the new Oculus Social. Users are able meet up in designated rooms and watch Twitch streams or Vimeo videos from within the Gear VR.

Watching a video in the real world may make more sense for some, but there’s an obvious benefit in watching that same video in virtual reality instead: you can do it while sitting beside the virtual avatar of your long-distance friend or significant other. It may not be long before we see similar features come to the Gear VR’s other video-streaming apps, like Netflix.

Another key social capability announced by Oculus today is the ability to share Facebook 360 videos from within the headset experience. Facebook and Samsung announced that they’d be working more closely back at MWC 2016 in Barcelona. This could be the first of many Gear VR/Facebook features users can expect.

Social applications for VR content could seal the deal for many potential VR users that were previously on the fence. Similar to games that support multiplayer, apps and games become more fun when friends get involved. The ability for Gear VR-owning friends to meet up in virtual reality to watch a Twitch stream may sound ridiculous at first blush. Though it could be a boon for sales of Samsung’s latest flagship phone, if only to walk around that sweet, sweet Amazon “develomped” content.