Tour the historic monuments of Egypt without leaving your seat 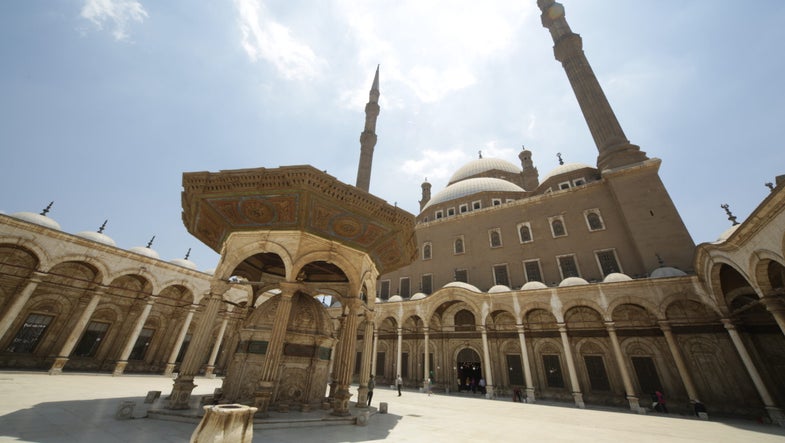 Ancient meets ultra-modern today on Google Street View, as several of Egypt’s most popular monuments premiere on the service.

Viewers around the world can now feast their eyes on Street View’s trademark sharp, panoramic views of some of Egypt’s most famous ancient monuments, like the Great Pyramids and Great Sphinx of Giza, Cairo Citadel, the Hanging Church and more.

The sites were shot using a 75-megapixel camera, toted on the back of a technician in areas where motor vehicles were prohibited.

According to Google, there are over 10 million still images covering 7.2 million miles of terrain in more than 59 countries (plus Antarctica) contained in Street View.

Here’s our gallery of highlights from Egypt on Street View.

Building on this site dates back to 810. Salah ad-Din (1171-1193 AD) strengthened the area’s protections to fortify it against Crusaders from Europe.

View from the citadel

This panorama is among Street View’s captures of the Cairo Citadel.

Built in the first half ot he 19th century, the Muhammad Ali Mosque’s Ottoman styling broke with traditional Egyptian architecture. 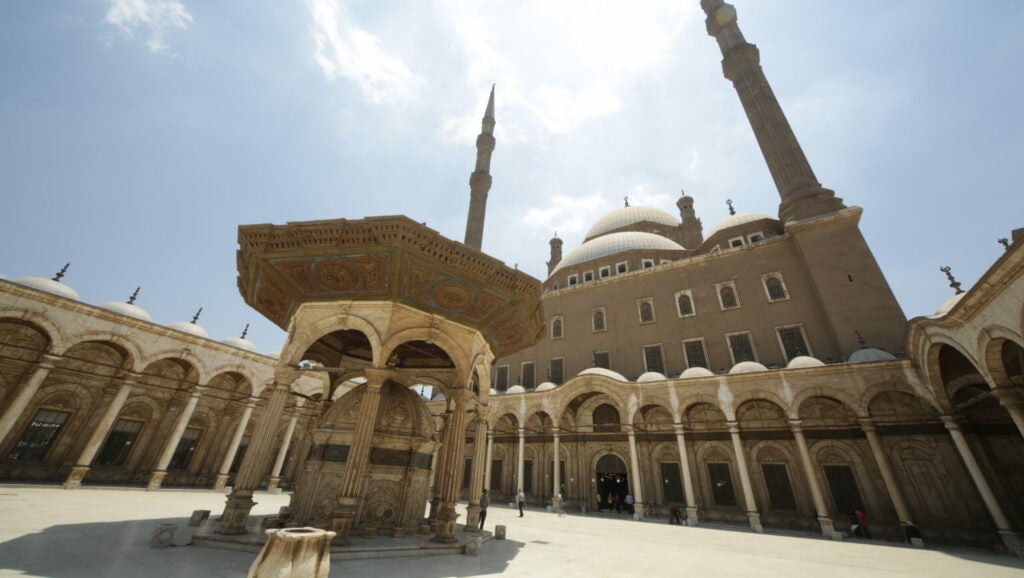 The Mosque of Muhammad Ali Square

Sited in Alexandria, the Citadel of Qaitbey was built in the last quarter of the 15th century, on the site of an ancient lighthouse that was a “wonder of the ancient world” but toppled by an earthquake.

One of the most famous sites in Coptic Christianity, the monastery was built in the mid-20th century.

The cathedral is contained within the monastery. 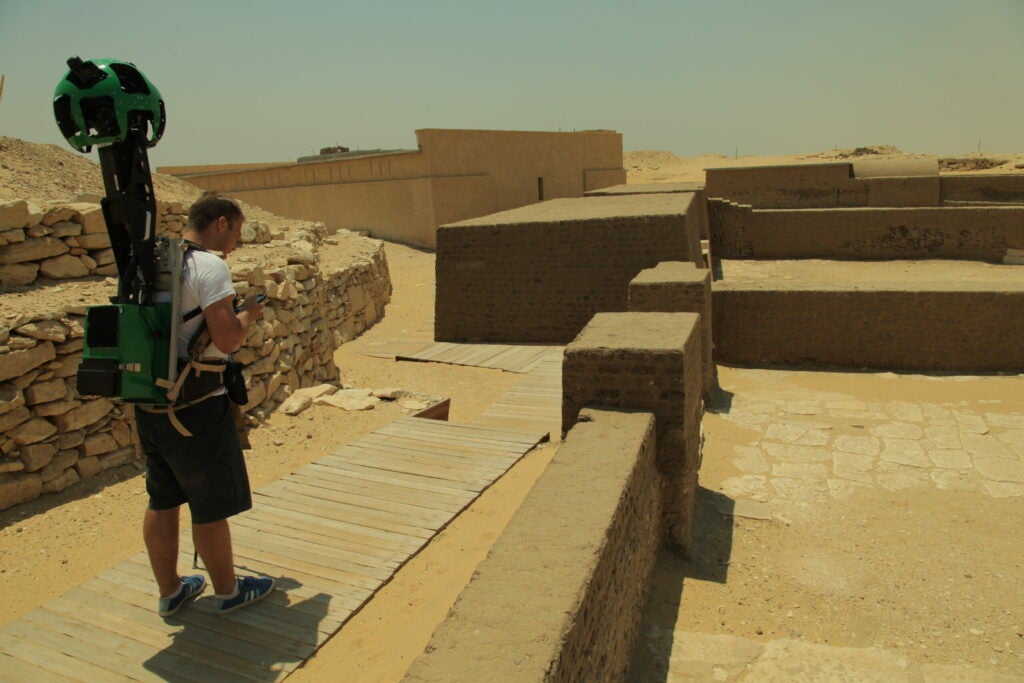 The Hanging Church or Al-Moallaqa is one of the oldest churches in Egypt. Its name refers to its location above a gatehouse of a Roman fortress, with the nave suspended over a passage through the gate. It was probably built in the late 7th century. 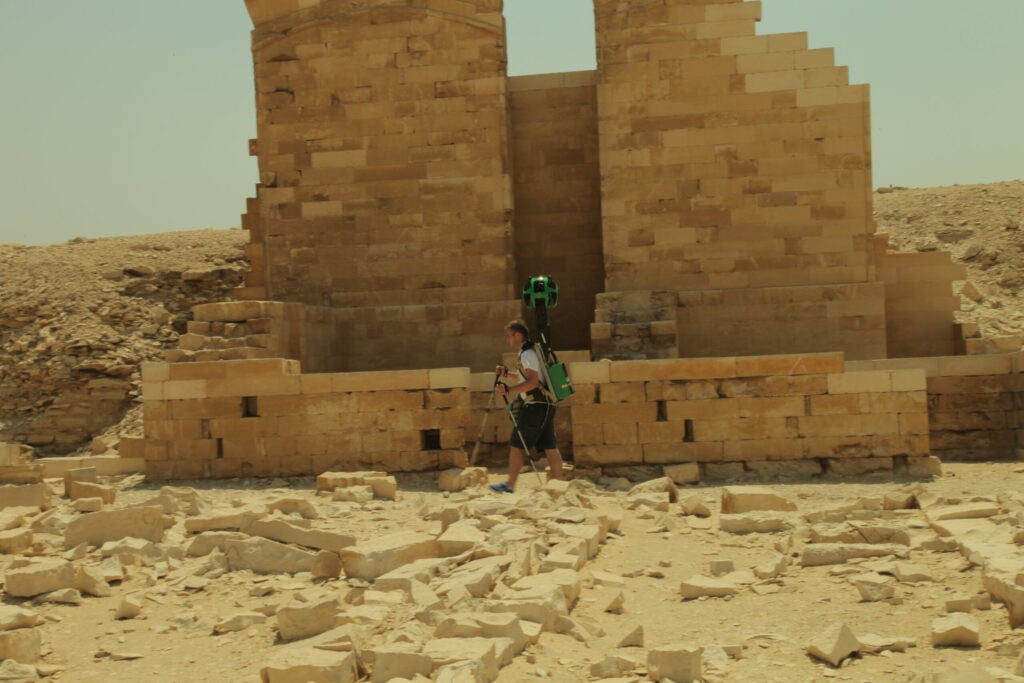 A technician carries Google Street View’s “Trekker” camera among the monuments at Giza.

On the road to the Great Pyramids and Sphinx. 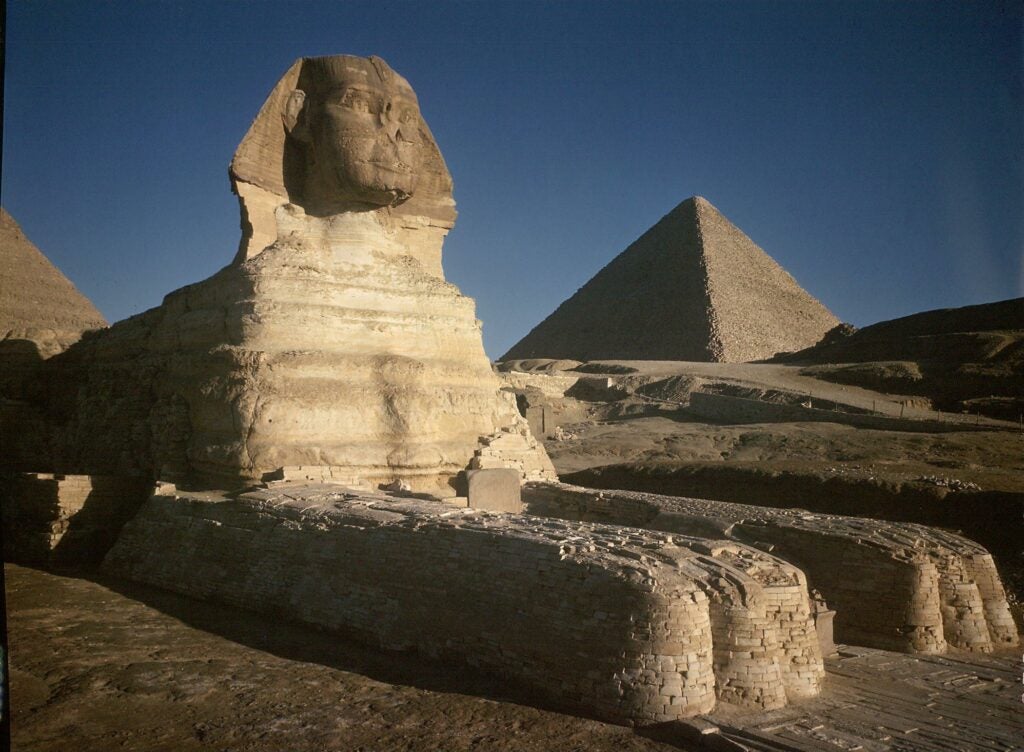