The last time they were this high, megalodon might have been still swimming around. 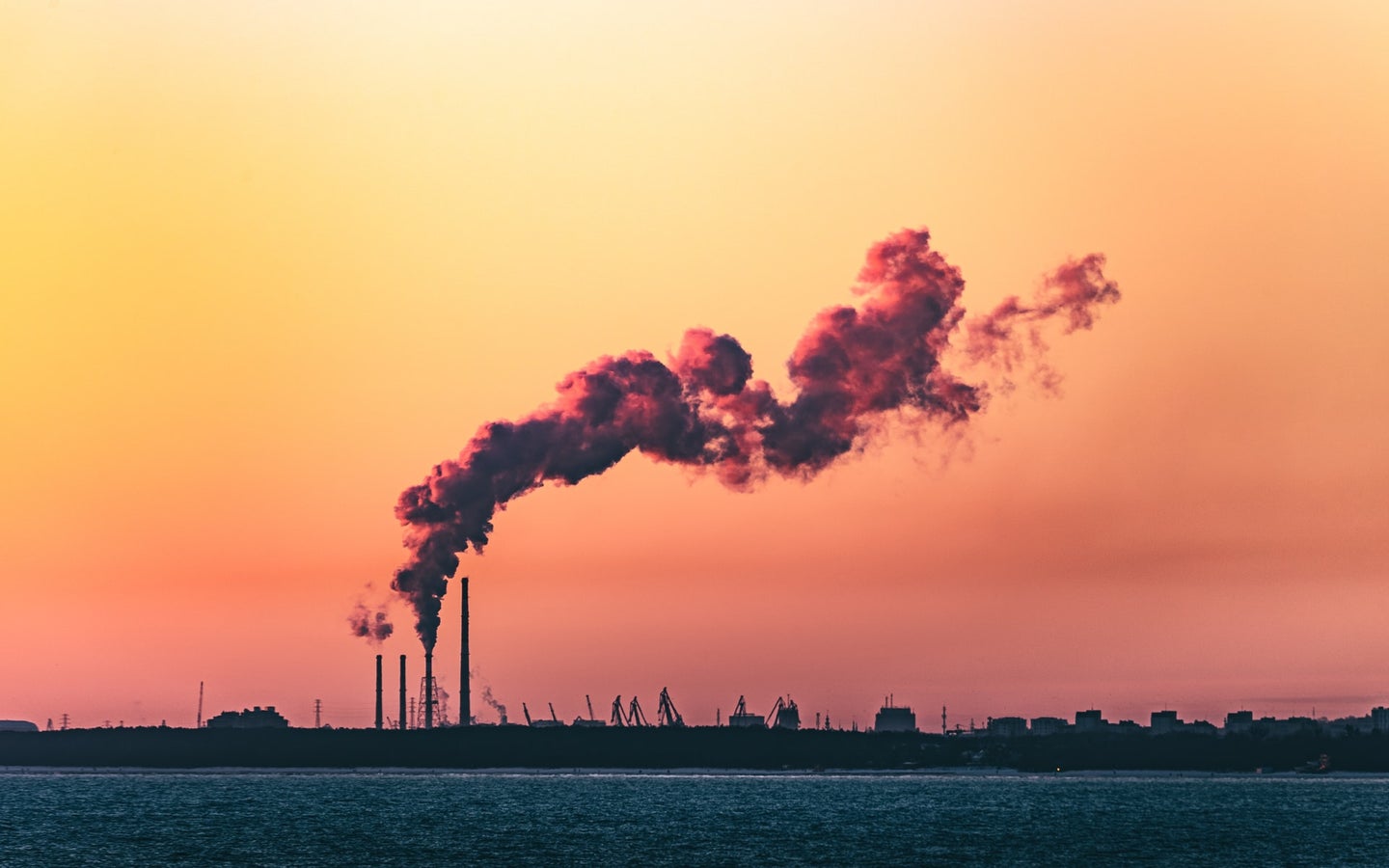 Before the Industrial Revolution, carbon dioxide levels sat consistently at around 280 parts per million (ppm) for around 6,000 years. The human-friendly level of carbon dioxide in the atmosphere is estimated to be around 350 ppm, which was first breached in May 1986. But on May 2022, the CO2 readings at NOAA’s Mauna Loa Baseline Observatory in Hawaii peaked at 421 ppm, up by around 1.8 ppm from last year.

That means two things: first that CO2 levels in the atmosphere have skyrocketed around 50 percent since the late 19th century or so; and second, that they match the balmy conditions of the Pliocene Climatic Optimum, a prehistoric period between 4.1 and 4.5 million years ago when sabertooth cats and giant sloths ruled the planet. According to the American Society of Meteorology, during this time, sea levels were around 35 meters higher than they currently are, the Arctic and Antarctic ice caps all but melted, and southern Florida was fully underwater. The difference, however, is that these climatic changes happened over the course of millions of years instead of just a few decades.

“The science is irrefutable: Humans are altering our climate in ways that our economy and our infrastructure must adapt to,” National Oceanic and Atmospheric Administration (NOAA) Administrator Rick Spinrad said in a statement last week. “We can see the impacts of climate change around us every day. The relentless increase of carbon dioxide measured at Mauna Loa is a stark reminder that we need to take urgent, serious steps to become a more Climate Ready Nation.”

[Related: An ancient era of global warming could hint at our scorching future]

This data follows news from earlier this year that global CO2 emissions in 2021 were the highest ever in history, up 6 percent from 2020 pandemic-lockdown measurements to around 36.3 billion tonnes. Coal accounted for around 40 percent of this jump with an all-time high of CO2 emissions totaling 15.3 billion tonnes. At the same time, renewable energy set a new record in 2021 with 8,000 terawatt hours of electricity produced around the world.

“It’s depressing that we’ve lacked the collective willpower to slow the relentless rise in CO2,” geochemist Ralph Keeling of the Scripps Institution of Oceanography said in the NOAA release. “Fossil fuel use may no longer be accelerating, but we are still racing at top speed toward a global catastrophe.”

The spike in carbon emissions has been even more noticeable in recent decades, especially since the 1950s, says Pieter Tans, senior scientist with NOAA’s Global Monitoring Laboratory. But a look at ice cores in Greenland or Antarctica with millions of years worth of climate data shows we’ve never experienced rates like this. Even as CO2 concentrations have varied through Earth’s history, it’s “just since 1950, really, that we’ve seen [their] explosion in geologic time,” Tans explains.

Dave Keeling of the Scripps Institute in California was the first to record annual rises in CO2 emissions in the planet’s atmosphere. In the first years of the Keeling Curve, which dates back to 1958, increases stood at about 0.7 ppm. Today, it shows increases of around 2.4 to 2.5 ppm year on year.

But the CO2 jumps aren’t the end of it. The greenhouse gas pileup has multitude effects on the planet: rising sea levels, dangerous heat, and worsening flooding and droughts on all sides of the globe. Even if emissions were to drop suddenly, it would still take hundreds of years for the Keeling Curve to decline. The oceans and atmosphere would likely be filled with more carbon dioxide than normal for thousands of years into the future.

That said, curbing greenhouse gas emissions remains just as important— and the solutions already exist. “It’s a political problem, not a scientific problem,” says Tans. While some countries are rapidly moving away from fossil fuels, giants like India have recently decided to reopen coal plants. Additionally, nations continue to pollute the air with another powerful greenhouse gas, methane; the largest emitters won’t even pledge to decrease their methane levels by 30 percent.

There’s no telling where the planet’s headed if emissions keep rising at the rates they’re at now. “It imperils humanity, because climate change of this nature really makes the Earth look like a different place in the near future,” Tans says. “Will it still be inhabitable? We actually don’t know. So we could be killing ourselves collectively.”