Worsening weather is coming for New York City, and experts have a few ideas on how to prepare public transit. 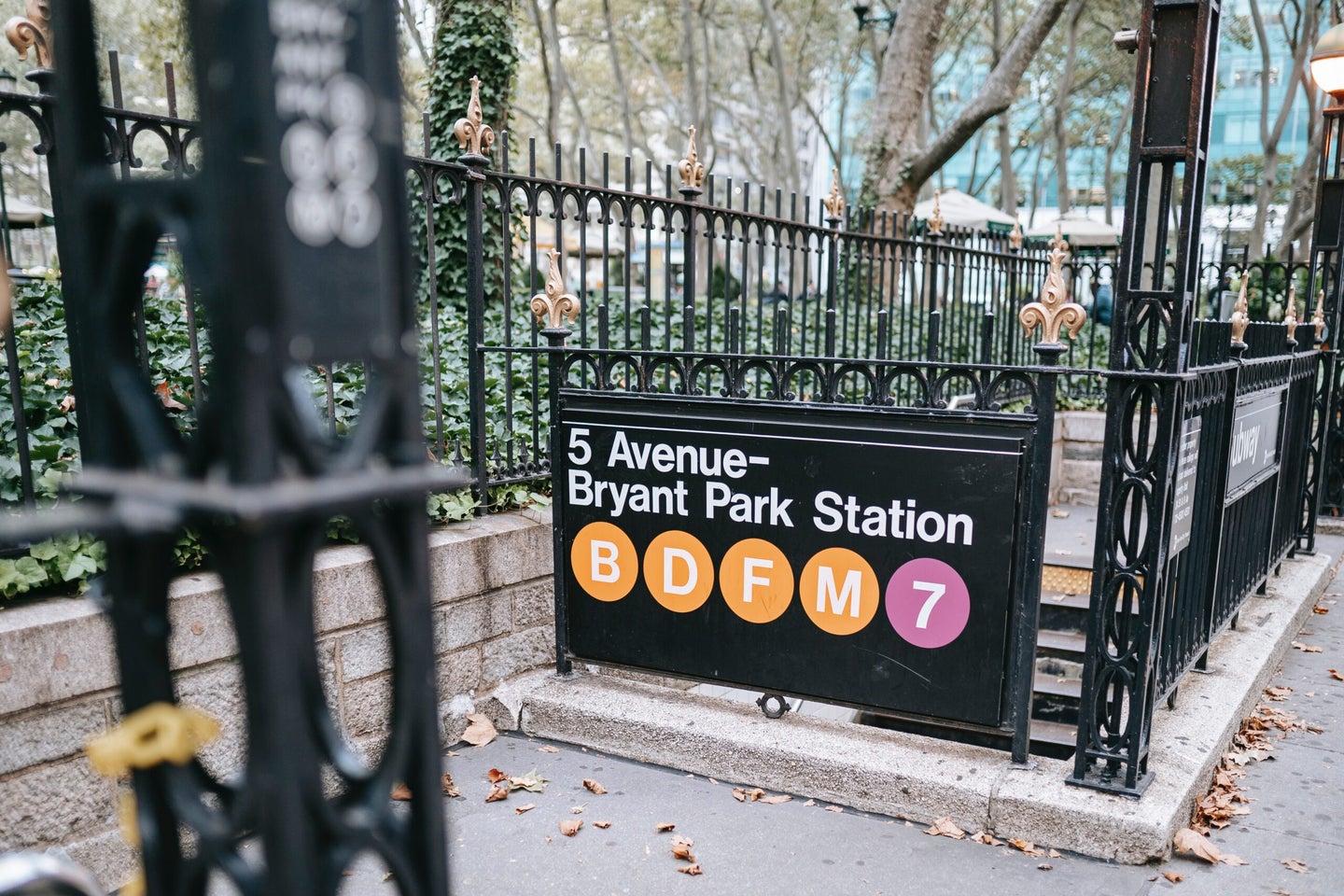 New York City relies on public transit—and in a unpredictable climate future, more must be done to make sure the system can stand worsening weather. harles Parker from Pexels
SHARE

In early September, Hurricane Ida travelled up the East Coast and dropped a water bomb over the Northeast, notably barreling through New York City. At one point, the storm broke a record by unleashing a little over three inches of rain per hour over Manhattan. People around the city abandoned trapped cars in the floodwaters, basement apartments were inundated, and subway stations throughout the city looked like they belonged somewhere in Bikini Bottom.

The future of the climate crisis promises more events like Ida– storms that shower areas with more rain in a few hours than the area usually sees in several months combined, overwhelming storm surge and sewage systems before city officials and agencies can take swift action.

Keeping the subway system open or reopened after storms is essential to keeping New York City according to a 2017 survey by Mobilizing the Region, a little over half of city households are car free. Essential workers, many of whom are disproportionately lower income and disproportionately foreign born, cannot do their  jobs from home, so disruptions in public transportation hurts already vulnerable communities’ ability to survive financially (especially in a world already plagued by a pandemic that has caused financial insecurity for those communities).

Timon McPhearson, a professor and the director of the Urban Systems Lab at the New School, argues that there is not one perfect solution for climate proofing the city’s subway platforms. He says there needs to be a tiered approach that can work on addressing different causes of flooding during a storm.

“We have to increase drainage, we’re going to have to have more pumps installed,” he says. “[Improvements] also includes green infrastructure-type ways of absorbing and draining water out of the most at-risk areas … we should also invest in increasing the porosity of our system because it’s highly paved–every single bit of payment should be absorbing water.”

These upgrades would cost billions of dollars and probably take years to complete, McPhearson says. But, the climate crisis isn’t going to wait for bureaucracy.

“That’s what is frustrating about it,” he says. “Climate change is accelerating, not slowing down but our ability to retrofit a city that’s built out like New York takes a long time.  We need to mobilize political action, in order to get increased resources to flow into this so we can speed up the level of adaptation investments.”

City agencies and officials are seemingly speeding up their response and working towards mapping out what future resiliency looks like, McPhearson adds. The “New Normal” report, a pledge for $2.7 billion of spending on storm-proofing the city, released by the Mayor’s Office is one of the reasons why he is hopeful that city officials will pick up the speed on resiliency and recovery after devastating weather events.

This is not the only time New York City has had to act fast in the remnants of scary weather. Around a decade ago, the city also implemented storm doors for some subway entrances after superstorm Sandy shut the city down. McPhearson suggests more storm coverings to slow down the amount of water entering the system, which would make water removal easier and quicker.

Michael Horodniceanu, IDC Innovation Hub Foundation Chair in Design & Construction at NYU Tandon School of Engineering, previously worked with the MTA and suggests changing the subway system’s ventilation system. Currently,  the system is often made up of grates on sidewalks that allow airflow onto subway platforms. While this does ensure that commuters are getting fresh air, in a storm the system makes it easier for platforms to flood.

[Related: Air pollution in US subway stations is disturbingly high.]

“In order to preserve the ventilation, potentially what we need to do is raise the grades, and the level. The question is what is the level, so water can not penetrate [into the subway system],” Horodniceanu says.

He especially thinks the city should update its old sewer system because the system was first constructed in the mid 1800s and major expansions occurred in the 20th century. The system was unable to handle Ida’s deluge.

“We have to start [updating the city’s sewer system] with small steps and maintain [the systems] that we have well, and then start expanding it … we have to reimagine our drainage system, we have to improve it,” he says. “We have a legacy system.”

There may not always be a way to prevent every storm related crisis with the subway system, he warns. But preparations like faster working pumps, and storm doors built with future floods in mind can lower the long term damage caused by future storms.

“Reacting properly means that we have to learn to live with the water,” he says.  “The water is going to be here with us forever.”