Disaster prep can save lives, but isn’t as accessible to those most at risk

“The dominant factor in anyone’s ability to minimally prepare for disaster is income level." 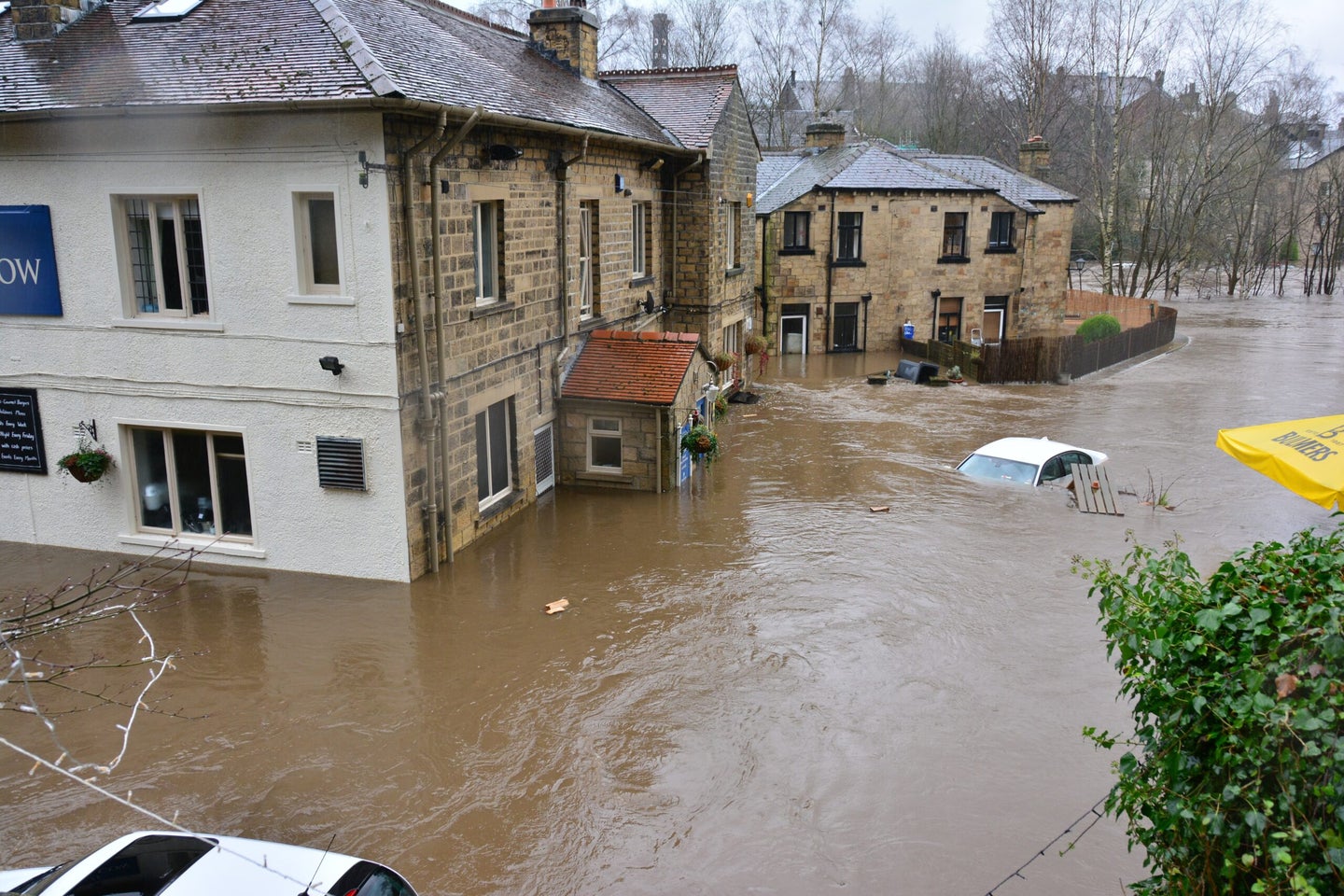 Disaster risk and climate change are closely linked, and you can’t discuss one without including the other. Increasing global average temperature and widespread changes in weather patterns make extreme weather events more frequent or intense. In the United States, heat waves occurred three times more often in 2021 than in the 1960s.

Natural disasters such as droughts, storms, floods, and wildfires are more likely to happen. Globally, climate-related disasters averaged about 40 times a year in the 1970s, but this number increased to over 150 in the 2010s. This year, there have been unprecedented extreme weather events, like the flooding in South Central Montana or the four-season drought in Eastern Africa.

These only emphasize climate change’s effects and the importance of disaster preparedness. However, natural disasters don’t affect everyone the same way.

Certain demographics are less likely to be prepared for disasters

Even though natural disasters have a devastating impact on everything that crosses their path, these events don’t affect everyone equally. Low-income people and racial/ethnic minority groups are most at risk for disaster exposure. According to a 2020 Health Affairs article, they are more likely to live in disaster-prone areas and reside in lower-quality housing.

Natural disasters also disproportionately impact older adults and people with disabilities. Mobility is often the key to maintaining safety, says Natalie Simpson, associate professor and chair of operations management and strategy at the University at Buffalo School of Management, which is an additional challenge for these demographics.

For vulnerable groups, preparedness will come a long way in buffering the impact of disasters. However, not all people are capable of sufficient disaster preparedness.

A new study published in the International Journal of Disaster Risk Reduction found that specific American households are less likely to be at least minimally prepared for disasters. These groups, including families with children, renters, homes led by women, and those of low socioeconomic status, are less likely to have the essential resources for immediate evacuation or sheltering for three days. Moreover, Asians and African Americans are less likely to have minimal disaster preparedness.

The authors investigated the factors associated with disaster preparedness by analyzing the data from the 2018 National Household Survey (NHS) by the Federal Emergency Management Agency (FEMA). The NHS began in 2007 and has been conducted annually since 2013 to understand how personal disaster preparedness in the US changes over time by investigating Americans’ attitudes and behaviors about it.

[Related: The world is on course to experience 560 major disasters each year.]

Lack of information about disaster preparedness is a critical factor that affects one’s capability (or lack thereof) to arrange for these circumstances, says Smitha Rao, study author and assistant professor at The Ohio State University College of Social Work. It’s important to get crucial details about disaster preparedness across and target communities that are more affected by disasters or are less prepared, she added.

The study also discussed how socio-cognitive factors affected disaster preparedness: Believing in the usefulness of disaster preparedness was associated with being at least adequately prepared. People with less confidence in their ability to be ready were less likely to be minimally prepared for an emergency.

“The dominant factor in anyone’s ability to minimally prepare for disaster is income level,” says Simpson. Low-income households struggle with keeping food on the table, while higher-income families are more likely to have insurance, evacuation plans, and personal vehicles. Recommended purchases for preparedness such as radios, generators, flashlights, and batteries also require surplus income, she adds.

One of the most important things an individual can do is talk about disaster preparedness with their family members and neighbors, like thinking of a plan and preparing a go-bag with essential items and documents, says Rao.

“We prepare for disaster to lessen its impact on our lives,” says Simpson. “We will never control disasters, but we do have some control over how much damage the next disaster leaves behind.”

The government plays a major role in disaster preparedness

According to Rao, some communities are less prepared not due to individual shortcomings but because they usually have other pressing needs that demand attention or lack the resources to take necessary action. She adds that governments and institutions can improve their disaster preparedness by providing information and comprehensive support and working closely with the most vulnerable groups.

Policymakers should seek the best channels for disaster preparedness education, like teaching it at school or non-traditional partners like churches, says Simpson. People with internet access can visit Ready.gov, a website created by the US Department of Homeland Security, to make a plan and know what to prepare in case different kinds of disasters or emergencies occur.

“Governments need to recognize that lower income groups often live in particularly risky areas for disaster, with minimal or degraded infrastructure and even lax code enforcement,” she adds. “This is an inequity that can be corrected through greater investment, which basically shifts this important part of preparedness back to [the] government.”

Lawmakers can help low-income communities by investing in the necessary renovations and repairs on public housing, as well as replacing degraded and substandard infrastructure that makes living environments unsafe.

Living in urban areas also requires dependence on critical infrastructures, including transport, energy, telecommunications, and healthcare, that can fail catastrophically in a disaster. When these fail, they can send large numbers of people into a state of deprivation all at once, says Simpson. The New York City subway system—which has a daily ridership of about 5.5 million people—has faced flooding in the past due to hurricanes or heavy rains.

Japan, a country geographically prone to disasters such as typhoons, tsunamis, and earthquakes, has one of the safest and most disaster-resilient built environments in the world. Architects and engineers use effective disaster-proofing practices, innovation, technology, and artificial intelligence when designing and constructing buildings to make them more resilient and minimize potential damage. The government also invests a lot of money into disaster preparedness by upgrading infrastructures, improving technologies, and adopting disaster reduction projects.

“While not all disasters are related to climate change, the climate crisis is definitely amplifying the impact and occurrence of many disasters,” says Rao. “Real climate action that holds climate justice principles central is the most urgent requirement from institutions and the government.”