Cities are letting plants go wild for ‘No Mow May’

Has your town or city joined the movement? 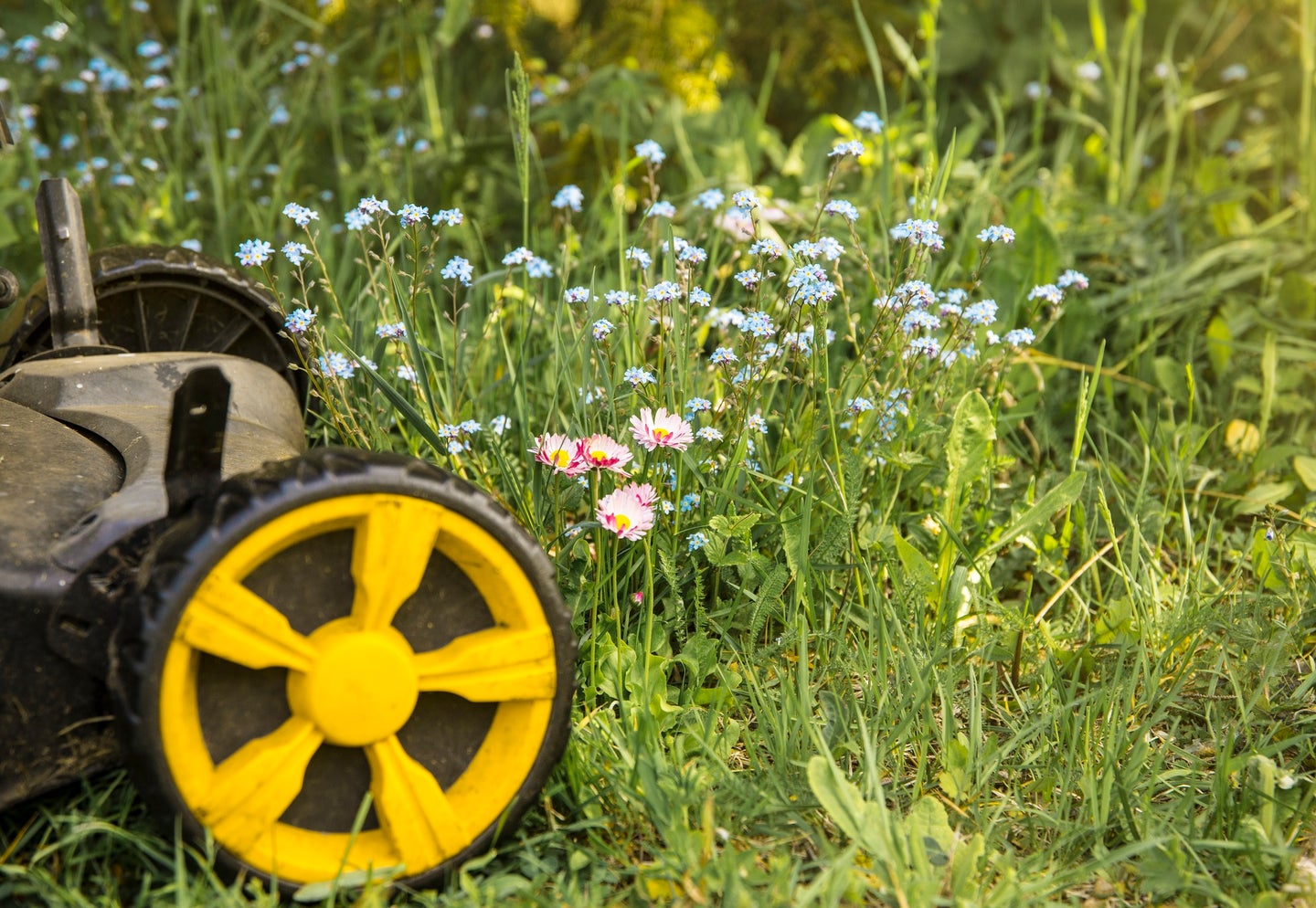 Lawns might look neat, but meadows are much neater for pollinators and other wildlife (but surprisingly not ticks). Deposit Photos
SHARE

A super green, perfectly manicured lawn has long been the vision of American landscaping. But a growing number of homeowners are letting their lawns evolve into a more nurturing habitat for the whole month of May.

The “No Mow May” movement originated in the UK in 2019, but now includes dozens of participant cities in the US. By leaving their usually clean-cut lawns untouched, homeowners aim to help bees and other pollinators thrive as they emerge in the spring. But private lawns are just one part of the eco-friendly trend: Local governments and businesses are also contributing by rethinking their landscaping practices in urban green spaces to promote biodiversity.

Israel Del Toro, who teaches biology at Lawrence University in Appleton, Wisconsin, first heard about No Mow May in 2019 while living in Wales. He brought the movement back to Appleton, launching the city’s first No Mow May in 2020. The following year, 10 other municipalities in the state participated. Now, in 2022, the movement has spread to more than 35 municipalities throughout the Midwest and Northeast, according to Del Toro.

[Related: It’s time to rip up your lawn and replace it with something you won’t need to mow]

The movement aims to provide pollinating insects with “quick, easy calories” as they emerge from their wintering grounds, which typically happens in May in the Midwest and Northeast, Del Toro says. For other regions, like the West, people might have to shift their “no mow” month to earlier in the year depending on how the climate affects species’ seasonal habits.

Pollinators are especially essential to native plants that have evolved to depend on their mobile counterparts to seed and flower. These animals also play a big part in humans’ lives by supporting the food supply. Many fruits, nuts, vegetables, and oils, as well as meat and dairy products depend in some way on insects for cultivation.

The concept of “doing less” to encourage biodiversity also shouldn’t just apply to one month of the year. Susannah Lerman, a research ecologist with the US Forest Service’s Northern Research Station, has studied how lawn mowing frequency affects bee abundance and diversity. Her research found that yards mowed every two weeks had the highest presence of bees. Lerman also identified 54 species of plants growing amidst the grown-out grasses, as well as butterflies, moths, beetles, spiders, and other ground-dwelling insects.

“There’s a lot of lawn out there—the question is whether we can reconfigure the way we’re managing these lawns so that they can support pollinators and biodiversity,” Lerman says. “If certain areas are not going to be used as much, can you let them grow a little bit more?”

But the practice isn’t limited to greenery around homes, either. Governments, businesses, and other organizations can adopt a “do-less mentality” for city and office parks, highway median strips, and even golf courses. By allowing the grass in low-use spaces to grow out, municipalities and land owners can boost pollinators, while saving both time and money on their ends.

“We could turn these areas into native meadows that are still aesthetically pleasing,” says Myla Aronson, who teaches urban ecological studies at Rutgers University. “We can restore them and plant a biodiverse palette of plants that attract butterflies, bees, as well as birds.”

To do so, urban centers need to combine no-mowing practices with the active planting of more diverse, native species, Aronson says. She notes that New York City has done a good job of preserving forested areas in its urban setting, and also points to the conservation nonprofit Chicago Wilderness Alliance, which works to restore natural areas in the Windy City’s parks.

[Related: This historic Brooklyn cemetery shows us a future without lawns]

Municipalities can also encourage citizen participation in No Mow May by suspending their tall grass ordinances. That was one of the first steps Appleton officials took two years ago, after they learned of the initiative through Del Toro. Every May now, the city pauses its enforcement of grass-height restrictions for the month, encouraging homeowners and other entities to try out a more nature-friendly form of landscaping.

Some people may be wary of the movement given the rising risk of ticks, especially in the Northeast. But Lerman’s research found that taller lawns did not bring in more of the parasites. This is likely because they prefer moist and humid environments, as opposed to dry lawns, she says.

Aronson, who has a 15-by-40-foot swath of land in her backyard that she reserves for a meadow, says she has not experienced a rise in ticks. Instead, her little native habitat has attracted red-tailed hawks, monarch butterflies, and important pollinator species.

In just three years, No Mow May has garnered participants from dozens of communities in multiple countries. Its popularity can be attributed to the fact that people can “do something by not doing anything,” as Lerman puts it. Most conservation initiatives require more time, money, and effort to make a positive impact—but in this case, a hands-off approach provides the most benefit. In the end, people can spend fewer hours cutting grass and enjoy the wildlife that springs up around them.