Several areas have already declared a state of emergency. 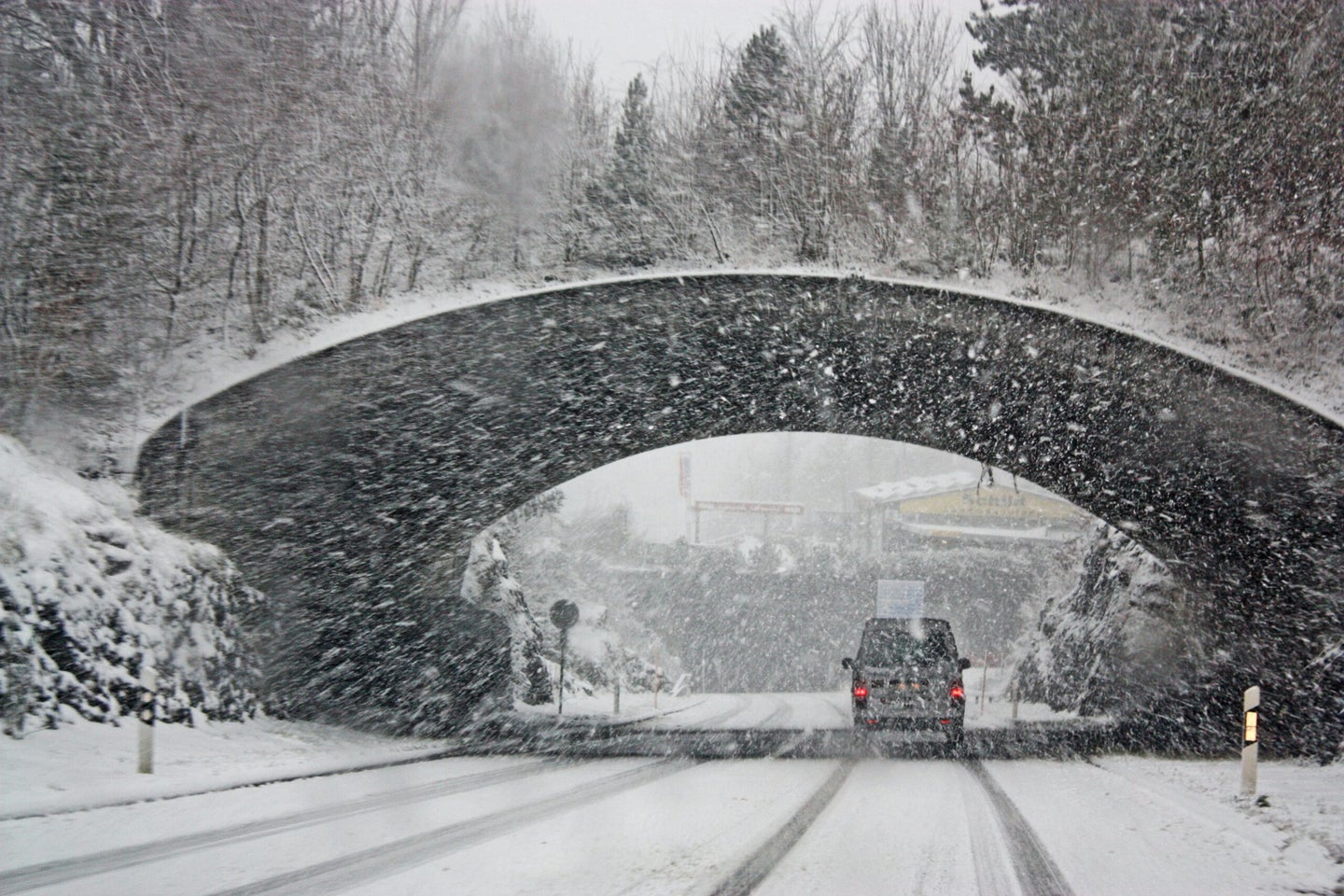 Traveling is not recommended for large portions of the East Coast. Magda Ehlers from Pexels
SHARE

Winter weather is coming hard for the East Coast this weekend. Some 75 million people from the Carolinas to New England could be seeing massive amounts of snow, hurricane-level winds, and potentially dangerous road conditions as a bomb cyclone creeps its way up the shore.

According to a release from NOAA’s Weather Prediction Center, the heaviest snowfall—in the realm of 6-12 inches—is likely to occur “across a swath extending from the Eastern Shore of Maryland up through most of Maine.” Blizzard conditions are forecasted in parts of coastal New England, where 1-2 feet of snow or more are possible.

Blizzard warnings have been issued across 10 different states, from Maine to Virginia, that will impact around 10 million people, according to CNN. Boston is declaring a “snow emergency” at 9 pm Friday due to the precipitation potential and the possibility of 40 to 50 mph winds.

[Related: How to not die in a blizzard.]

“This has the potential to be a historic storm, a huge one,” Boston Mayor Michelle Wu said at a news conference on Friday. “This is likely to be an intense, dangerous storm with heavy snow, high winds, and whiteout conditions.”

Large swaths of the Northeast, including New York City, could see up to a foot, according to NWS meteorologist Tiffany Fortier, with heavy snowfall hitting around 10 pm Friday evening. “It seems like most of your heaviest snowfall is going to be more toward Suffolk County, Long Island, and then into southeast Connecticut,” Fortier told Gothamist and WNYC.

Parts of New York, New Jersey, Rhode Island, and Connecticut are breaking out the snow plows and salting roads in preparation—with some taking Boston’s lead by declaring states of emergency.

“We are preparing for the worst here,” Suffolk County Executive Steve Bellone said in a news conference. Even in less snowy regions like the Hudson River Valley and interior Pennsylvania, forecasts are grim: Wind chill may hit as low as -20 degrees Fahrenheit even in less snowy regions. While different forecasting models have shown a variety of potential outcomes, it is now evident that this storm will likely be one of the worst we’ve seen in a while.

No matter what, it’s a good weekend for folks on the East Coast to cancel their plans (especially if they involve flying) and bundle up inside.