The fire near the Washington State-Oregon border has burned about 2,000 acres of land. 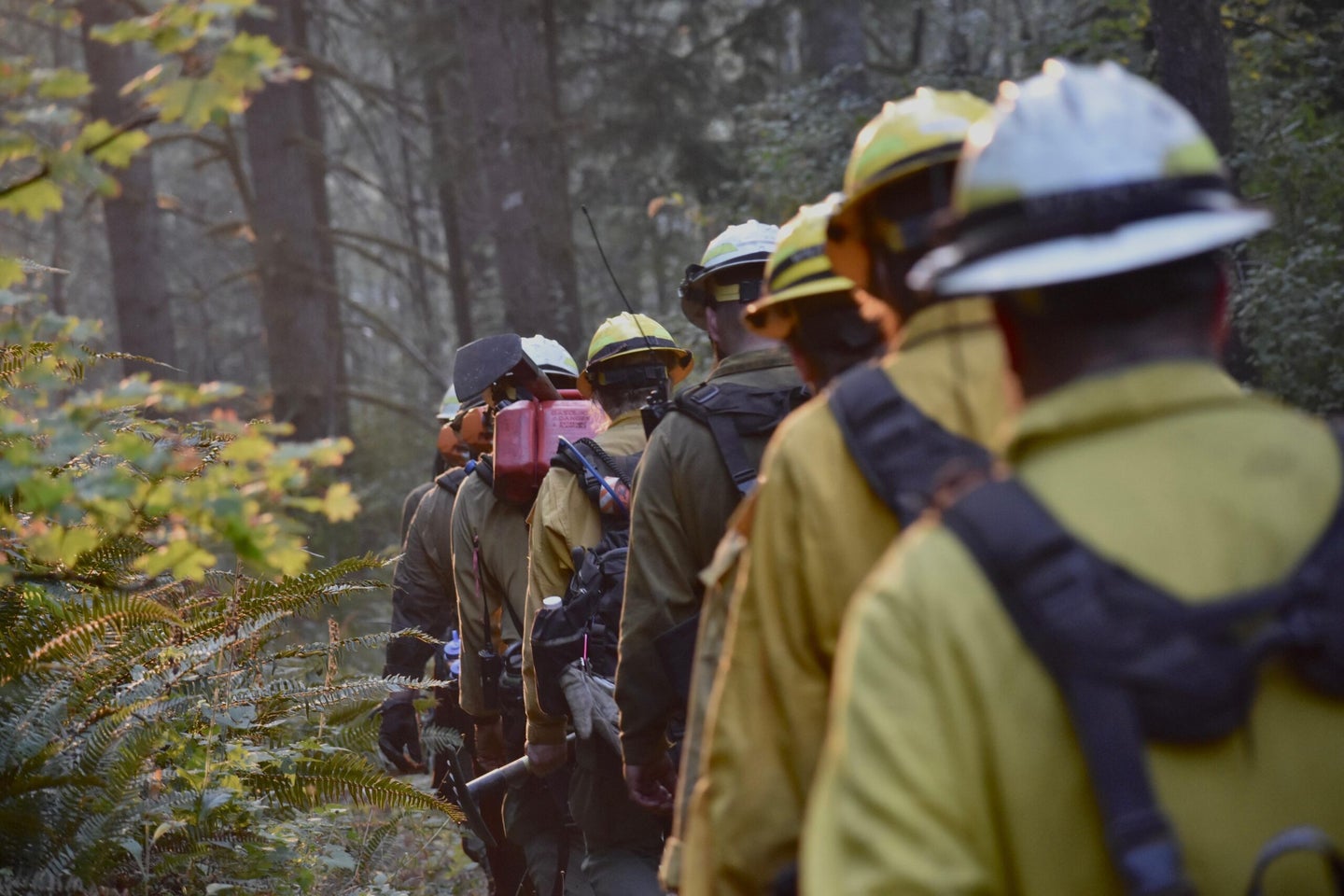 The fire began on October 9 near Vancouver, Washington Nakia Creek Fire, ignited near Vancouver, Washington, (about 10 miles outside of Portland, Oregon) and it broke containment lines on Sunday October 16. It’s estimated that it grew from 156 acres to 2,000 acres in only a matter of hours due in large part to a combination of extremely warm temperatures, low humidity, and high wind speeds. Temperatures reached a steamy 86 degrees on Sunday, compared to the average temperatures in the low 60s this time of year.

Earlier last week, firefighters reported progress containing the blaze, but winds increased and fanning the flames that was able to feed on dry grass, timber, and brush. The fire was 5 percent contained by Sunday night. “The easterly winds were so strong today that air assets were grounded at times for safety,” Clark Regional Emergency Services Agency officials said in an evening update on Sunday.

Level 3 Go Now notices were sent to about 3,000 homes, telling them to evacuate. About 5,000 additional homes received Level 2 Be Set notices, that urge residents there to be ready for evacuation, and close to 30,000 homes are under Level 1 Be Ready notice.

Officials in Clark County said that the 2022 fire season has been particularly long for fire crews in Washington State. Fire season typically is over in this area by October and the numerous wildfires in the Cascade Mountains are decreasing air quality throughout the region.

“With the current weather patterns here in the PNW, we have another good week of potential fire weather,” Clark Regional Emergency Services Agency officials said, describing a fire official telling crews that “while the calendar may say it’s October 16th … I need you to think like it’s August 16th.”

Other cities in the region saw record high temperatures over the weekend, with Seattle, Washington hitting 88 degrees. It was the second-warmest October day on record, breaking the daily record of 72 degrees set in 2018.

[Related: What it really means for a wildfire to be ‘contained’.]

On Monday the Clark County Sheriff’s Office urged people to stay out of the evacuation zones. “Stay out of area if you don’t need to be there. Weather is improving and will allow more aerial firefighting opportunities, but can’t if drones are up,” the sheriff’s office tweeted.

The approaching flames from the fire forced farmers Shaun and Lorrie Conway to quickly round up their 50 goats and sheep, but abandon their other possessions. In an interview with NBC News, Lorrie Conway recounted, “It’s just stuff. I mean we got the animals out, and grabbed pictures and important documents and the house plants, in case we got to build it again.”

Wildfires like this one are getting worse due hotter temperatures and drier conditions in the American west due to climate change. It is making “fire seasons” last longer and begin earlier. According to a 2019 study areas in the United States like the grasslands of the Great Plains and the eastern slope of the Rocky Mountains, will be at particular risk for fires that begin in the spring due to a likely increase in drought, dry soils, and late-spring frosts, which can create more dead fuel.