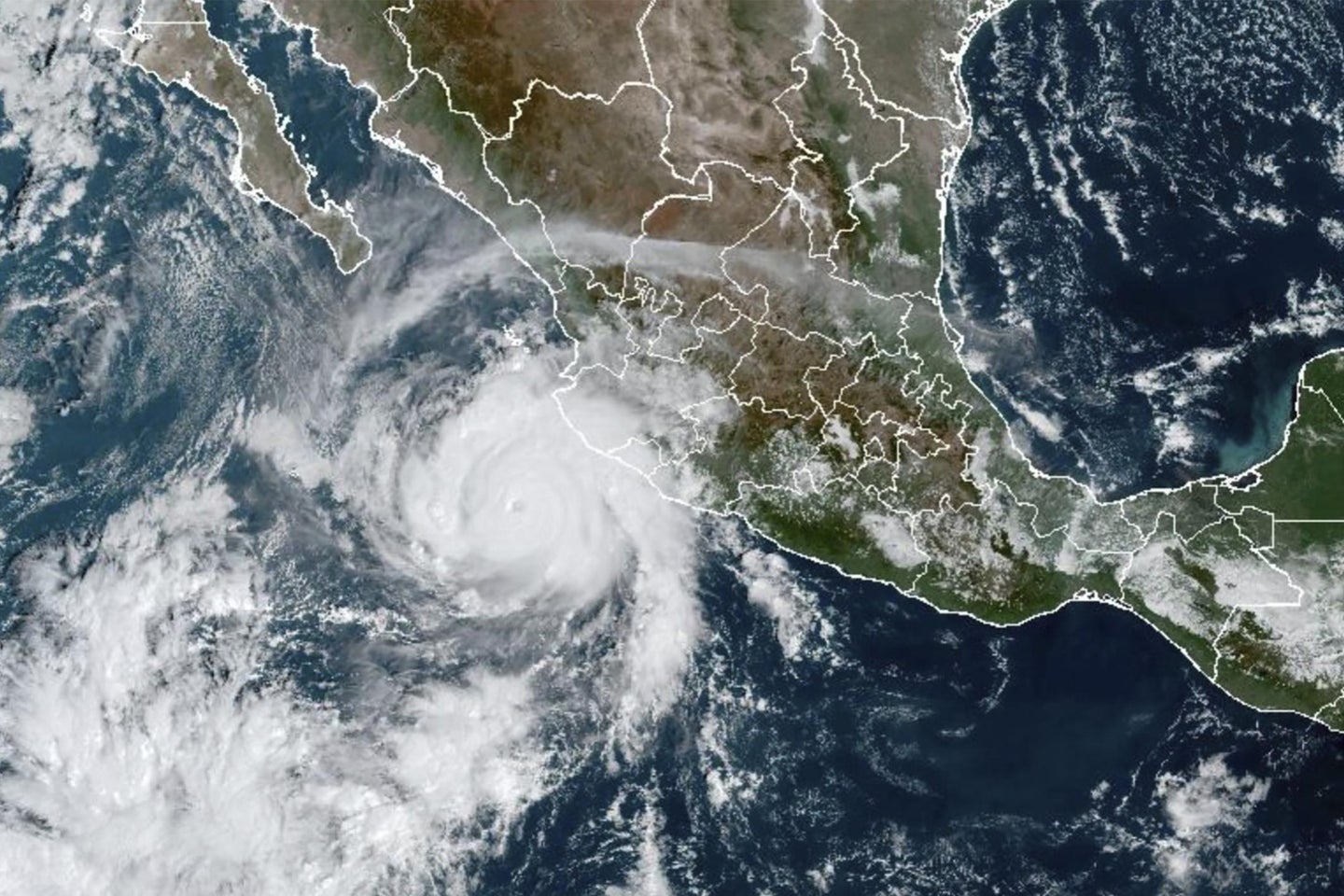 Hurricane Roslyn as it approaches the western coast of Mexico on October 22, 2022. NOAA
SHARE

Hurricane Roslyn, a powerful Category 3 storm, made landfall yesterday near Santa Cruz in the state of Nayarit, Mexico. The small beach town sits between the popular resorts of Puerto Vallarta and Mazatlán. Puerto Vallarta missed a direct hit from the storm, but was hit with heavy rains, high winds, and storm surges.

The storm lashed the coast with maximum sustained winds of 120 miles per hour, before dissipating to a tropical storm as it moved over east-central Mexico, according to the National Hurricane Center (NHC).

“This rainfall could lead to flash flooding and landslides in areas of rugged terrain,” the NHC added. “Swells generated by Roslyn will affect portions of the coast of southwestern Mexico, west-central Mexico, and the southern portion of the Baja California peninsula through tonight [Sunday]. These swells are likely to cause life-threatening surf and rip current conditions.”

Nearly 100,000 people had lost power across the country, while some residents faced road blockages from fallen trees or mud.

At least two casualties related to the storm have been reported. Ana Pimentel Moreno, a 39 year-old woman from the Rosamorada municipality was killed when her house collapsed according to Nayarit Secretary of Security Jorge Benito Rodríguez Martínez. The secretary added that there had been other rescues of individuals trapped in their homes. Additionally, a 74-year-old man was killed when a beam fell on his head in the town of Mexcaltitan de Santiago Ixcuintla, according to Reuters and officials from the state’s Ministry of Security and Citizen Protection.

According to Enrique Alfaro, the governor of the neighboring state of Jalisco, schools in the state would reopen on Monday. Operations had resumed at Puerto Vallarta’s busy airport, but beaches would remain closed.

Weather forecasters say some of the lingering moisture from the storm will be pulled into the south-central United States, spreading heavy rain across much of the country.

[Related: What hurricane categories mean, and why we use them.]

Similar to Florida’s Hurricane Ian in late September, Hurricane Roslyn had a rapid intensification over the weekend. The storm’s wind speeds increased by 60 mph over a 24-hour period off the formed off the western coast of Mexico. It also followed a similar track to Hurricane Orlene, a storm that made landfall on October 3. Orlene made landfall as a Category 1 storm, but had been a Category 4 while it churned in the Pacific ocean.

Data shows that hurricanes have become stronger around the world over the last 40 years, with climate change as the driving force. Warmer ocean water fuels hurricane growth, which can fuel stronger and wetter storms. It’s likely that Hurricane Harvey, which devastated the Houston area in 2017, generated far more rain than that it would have without the effects of human-made climate change.

Roslyn is the 17th storm of this year’s East Pacific hurricane season, which begins on May 15 and runs through November 30.