'At this rate, dead people are slowly poisoning those who are alive.' 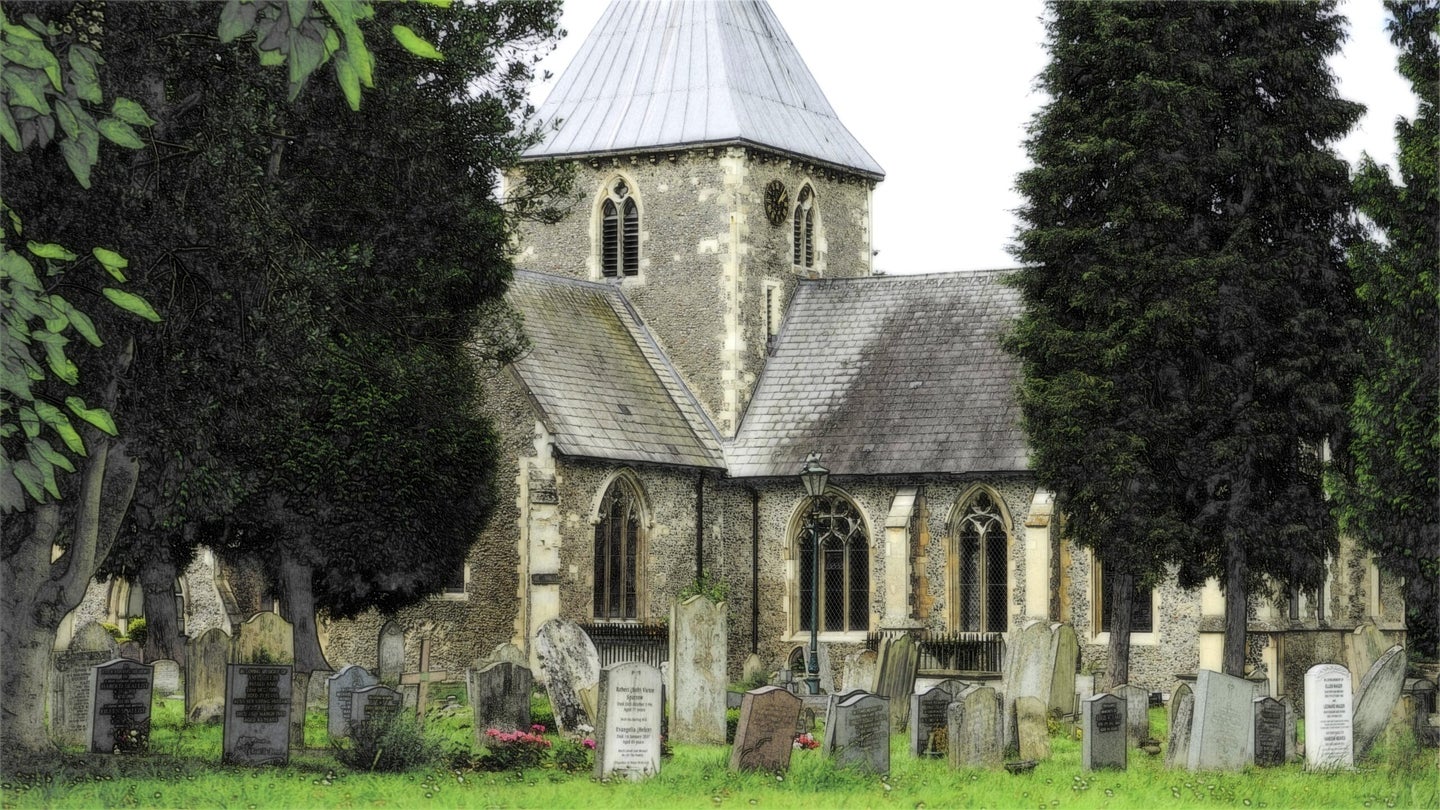 If handled improperly, burying the dead can be destructive for nearby communities. Pexels
SHARE

The Omicron surge has triggered a devastatingly fast-paced wave of deaths across the United States as the COVID death toll passed the grim threshold of over 900,000 on February 4. Over the last two weeks, the number of deaths drastically increased in Brazil and India by 167 percent and 136 percent, respectively.

The coronavirus pandemic has claimed over 5.7 million lives worldwide. Funeral homes, mass burial grounds, and crematoriums remain overwhelmed and pushed beyond capacity. Last April, gravediggers in São Paulo had to exhume old graves in a cemetery and relocate corpses’ remains in a desperate attempt to bury thousands of daily COVID.

Researchers argue that cemeteries are one of the most neglected and insidious sources of metal contamination in the soil. As the COVID pandemic drags on, metal pollution in cemeteries and surrounding areas could reach staggeringly high levels—further aggravating the risk of groundwater contamination.

In the putrefaction stage of corpse decomposition, bodies release several liters of water as well as a vast range of heavy metals in a brownish-gray liquid called cemetery leachate.

Around 60 percent of cemetery leachate is composed of water. Another 30 to 40 percent are mineral salts. The remaining 10 percent consist of organic substances and various naturally-present metallic compounds such as calcium, chromium, iron, manganese, and lead. It takes up to three years for a buried body to generate cemetery leachate before it starts trickling into the soil.

Letícia Rocha Goncalves, a biologist at the São Paulo State University in Brazil, has researched the composition of the cemetery leachate and how it could potentially be a significant contaminant during the COVID-19 pandemic. After analyzing data from various scientific journals, government publications, and global environmental agencies, she found that the steep increase in COVID deaths has resulted in urban cemeteries becoming yet another severe threat to the environment and health of nearby communities. Her findings were published in Environmental Science and Pollution Research.

“As the demand for burials is far higher during the COVID pandemic, people need to be aware of the potential environmental damage,” she says to Popular Science. “We urgently need to implement health policies to mitigate this problem.”

[Related: An urban cemetery is a surprising sanctuary for fantastic fungi.]

Goncalves says corpses that undergo embalming procedures are one of the most major sources of metal contamination in cemeteries. During the embalming process, cemetery workers use formaldehyde, potassium nitrate, and chrome paint. As an embalmed body decomposes, those metals, including arsenic, mix with cemetery leachate and percolate deep into the soil. Medical devices, such as orthopedic implants, dental fillings, and pacemakers, could also contribute.

Bodies themselves aren’t the only concern. Coffins, which are made of different types of steel and wood that are treated with varnishes, release zinc, aluminum, and copper that could corrode and seep into soils via cemetery leachate.

Several variables such as a region’s climate, precipitation patterns, and daily temperatures play an important role in the accumulation, transmission, and corrosion of metals in the soil of cemeteries. Cemeteries located in regions that experience high temperatures and rainfall frequently are more likely to have higher levels of metal pollutants in the soil.

The potential risk of unplanned urbanization and groundwater pollution

According to a study published last year in the journal Environment, Development, and Sustainability, neighborhoods within a radius of up to 500 meters from cemeteries are at an elevated risk of heavy metal exposure.

“Yet, we cannot blame cemeteries,” says lead author Alcindo Neckel, an environmental engineer and professor at the School of Architecture and Urbanism at IMED in Brazil.

At first, existing cemeteries worldwide were built at a safe distance from residential areas.  But rapid urbanization has resulted in the expansion of dense residential areas that are inching closer to cemeteries. Over the years, researchers have observed that this has made an increasing number of communities in several cities across the globe vulnerable to associated pollution and health risks. Cities like Ho Chi Minh, Vietnam, and Tshwane, South Africa were feeling these impacts even before COVID-19.

“Despite this, as cities keep growing, there is a lot of interest from the real estate industry in the areas that surround cemeteries,” adds Neckel.

In his latest study, Neckel and team analyzed 180 soil samples from three cemeteries in Carazinho, a city in Southern Brazil, over the course of several months. They found high levels of chromium and lead in the soil samples. “The level of metal toxicity in soil that is acceptable is 70 percent,” he says. “We found that it was 110 percent for chromium and lead before the pandemic began.”

Lead pollution is a particularly harmful neurotoxin that can cause brain and central nervous system damage in children. Long-term exposure to high levels of lead among adults can cause high blood pressure, kidney damage, and reproductive health issues. Chromium exposure results in respiratory and skin irritations, decreased lung function, and even cancer, according to the US Environmental Protection Agency.

In 2013, the World Health Organization (WHO) recommended that the minimum distance of burial sites from water sources should be at least 350 meters from the nearest water source and rest at least 2 meters above the groundwater table to prevent leaching.  But in a 2021 study published in the journal Environmental Geotechnics, researchers found this recommendation inadequate.

Throw in a devastating pandemic, and you’ve got an even bigger problem. “A dead body weighing 70 kg will release 13 kgs of cemetery leachate as it decays. Think of a cemetery where hundreds of dead bodies are buried and how badly the soil and groundwater will get contaminated,” adds Neckel. “This is not just a public health issue but also an economic problem of growing cities. At this rate, dead people are slowly poisoning those who are alive.”

The growing need for vertical cemeteries

Although cremations are replacing traditional burials in the US, the burial rate still lingers around 36.6 percent in 2021 as compared to 45.2 percent in 2015. But even for burial sites, there are ways to protect people and the surrounding ecosystem.

Both Goncalves and Neckel agree that installing efficient drainage systems under existing graves would go a long way in making them environmentally compliant. “The short-term solution is to evaluate the conditions of cemetery facilities before burying bodies during this pandemic,” Goncalves says.

The COVID-19 pandemic has dug up a need for more environmentally sustainable cemeteries that use septic tanks for treating the leachate before it is allowed to come in contact with the soil, Neckel argues.

“Leachate is just as polluting as industrial waste. Cemeteries need to have proper disposal systems in place,” he explains. “It is similar to how wastewater is treated in coastal areas before it is released in the ocean.”

As cities are swiftly running out of space for the dead, architects suggest building vertical or multi-story cemeteries where leachate dripping out of coffins can be treated far more efficiently. Santos, Brazil is home to the world’s tallest cemetery—the Memorial Necropole Ecumenica—standing 32-stories high.

Constructed in 1983, more stories have been added to the skyscraper to increase its capacity. Yet, despite the rising popularity of vertical cemeteries globally, traditional cemeteries remain the norm.

“To protect communities’ health and prevent soil and groundwater contamination in the future, 100 percent of burials need to take place in vertical cemeteries,” concludes Neckel.