Indonesia’s capital is sinking, but climate change isn’t the only culprit

There are other environmental issues at play. 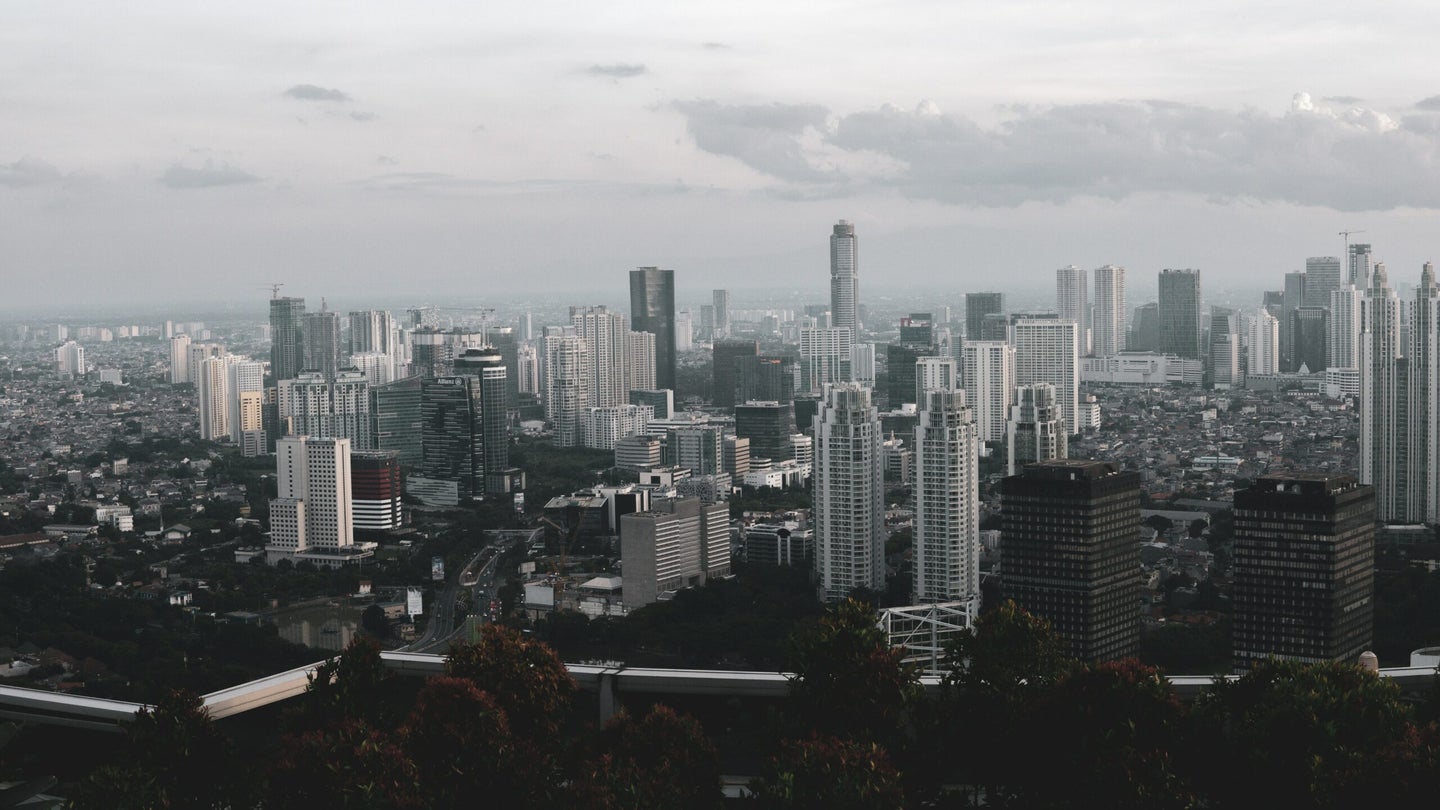 Indonesia’s president, Joko “Jokowi” Widodo, has decided to set up administrative shop somewhere that isn’t choking on traffic and prone to floods. The country’s second-term leader recently announced plans to move its capital out of Jakarta, which experts say could be more than 95 percent underwater by 2050. But while it’s tempting to pin this major move on climate change, Jakarta’s problems go a little deeper than that.

Coastal cities around the world are facing a disastrous influx of seawater over the next few decades, as warmer temperatures cause ice caps to melt and oceans to expand. But Jakarta isn’t so much being swallowed by the sea as it is physically lowering into the earth. Move over, Venice—this is the world’s fastest-sinking city.

Sitting on what’s basically a low, flat swamp on the northern coast of Java, Jakarta—originally called Sunda Kelapa—was a center of activity long before European colonization in the 17th Century. For hundreds of years, its natural harbor at the mouth of the Ciliwung River was a known port for exporting spices. The Dutch called it Batavia, constructing a series of canals to ward off flooding and making it the capital of their territories in the region. But their efforts to turn it into a tropical Amsterdam didn’t quite succeed.

North Jakarta, which is closest to the coast, experienced the most sinking between 1925 and 2015: Up to 4 meters, according to a study from Indonesia’s Institute of Technology Bandung. The city as a whole is sinking between 1 to 10 centimeters per year on average, and that rate has been increasing along with the city’s population. Now, many neighborhoods lie below sea level.

It’s not wrong to say that Jakarta is threatened by climate change-induced flooding, but when some neighborhoods are sinking faster than the ocean is rising, rising sea levels are just salt in a very big wound.

Jakarta has a population of over 10 million people in an area only slightly larger than Chicago (the Windy City, for reference, has fewer than 3 million), making it one of the world’s most densely populated cities on the world’s most populated island. All those people need water, but there isn’t a robust enough piping system to deliver it throughout the city (it’s estimated that water authorities can only meet 40 percent of the city’s needs). So, most residents and businesses pump it directly from groundwater deposits.

This causes a process called land subsidence. Just like a balloon deflates when you release its air, depleting pockets of groundwater from weak rock can make it sag, crack, or worse.

Land subsidence is a major problem in swampy areas with shallow water tables (that’s why Florida has a sinkhole problem), and it’s exacerbated by the weight of high populations and urban sprawl. This puts Jakarta in the middle of a perfect storm of sinking sediment. The sink below sea level means floods are common, with some areas now permanently inundated. The city also lacks green space, which gives that water less opportunity to absorb back into the soil. Infrastructure is failing—buildings, roads, and bridges are cracking due to shifting foundations and water damage.

Hydrologists say Jakarta has less than a decade to halt the tapping of its groundwater and switch to a piping system that delivers water from nearby reservoirs—otherwise, the city’s sunken rivers will cease flowing into the sea and flood neighborhoods instead. While there hasn’t been much progress on that front yet, authorities have so far finished constructing more than half of a 4,500-meter seawall along the city’s harbor to prevent flooding from the ocean. But even the seawall itself is expected to sink.

The Indonesian government also has plans to construct a massive, $40 billion dike in the middle of Jakarta Bay, along with the reclamation of 17 artificial islands (Dutch consultants are involved in the creation of tropical Amsterdam 2.0). But the project (still in its planning stages) has been met with pushback from environmentalists and local fishermen, who say dirty rivers flowing into the bay would turn it into a cesspool if a dike blocked it off from the sea. If Jakarta wants to exist beyond 2050, it has to implement drastic, fundamental changes to its infrastructure that haven’t seriously been proposed yet.

But while Jakarta’s future as a city is yet to be determined, its days as the capital may be numbered. Jokowi reportedly wants the new administrative hub to be closer to the center of Indonesia (Java is near the southwest corner of the country). One proposed location is Palangkaraya in Kalimantan, the Indonesian side of Borneo. It’s inland and has the added benefit of not having to deal with the volcanic activity that plagues Java. But it lies in the middle of the island’s old-growth rainforest, which is already imperiled by the runaway extraction of coal, gold, timber, and most recently palm oil. Some experts say a megacity here would worsen an already devastating ecological crisis in Borneo.