The future of American conservation lies in restoration, not just protection 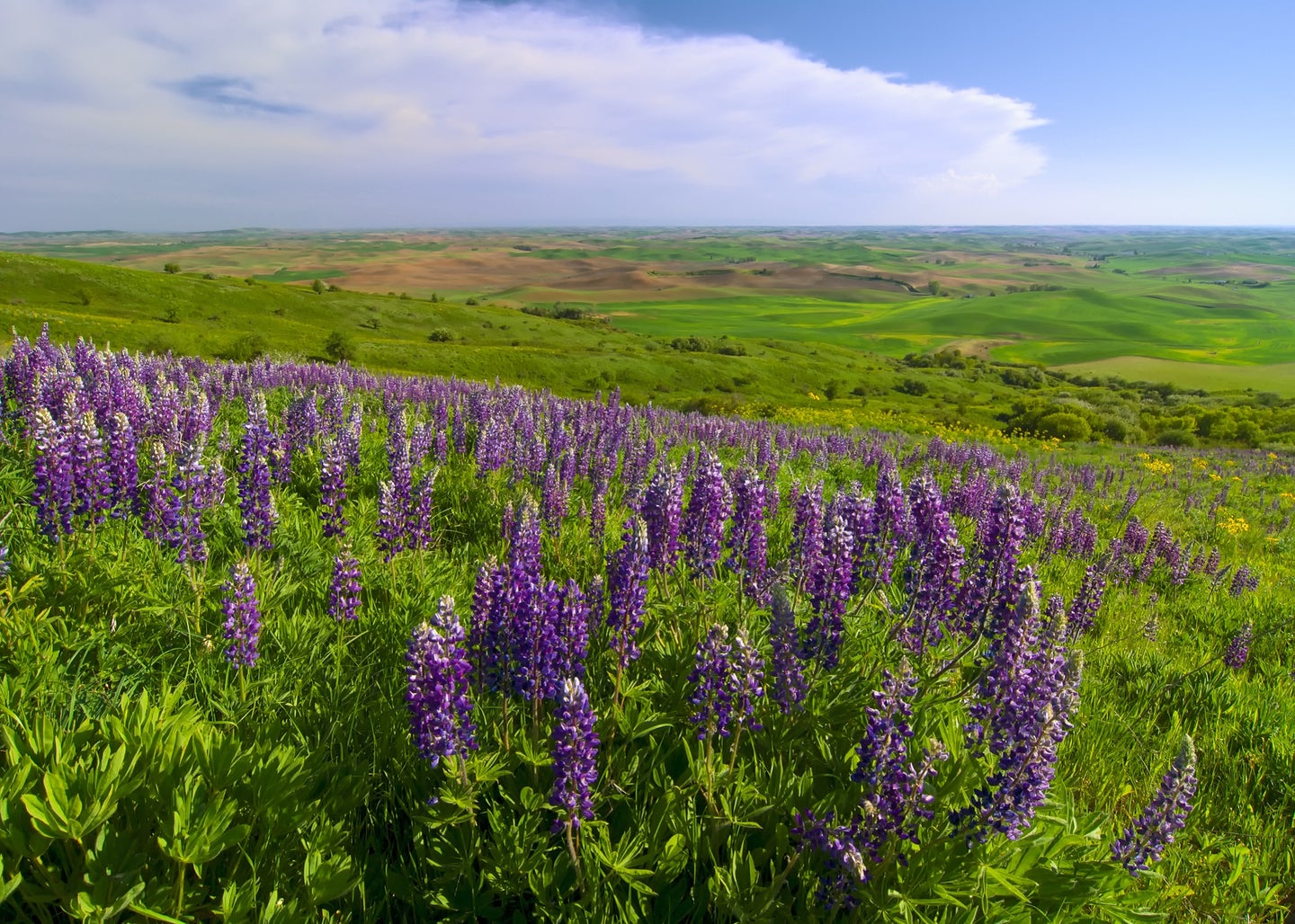 Many public lands, like Steptoe Butte State Park in Washington, are managed by cash-strapped state and tribal wildlife agencies. New federal funding could assist with that. Deposit Photos
SHARE

This month, the Biden administration launched the America the Beautiful Challenge, a $1-billion program that gathers funds from various sources to support conservation and restoration projects. Also on the horizon is the Recovering America’s Wildlife Act, a bipartisan piece of legislation that, if passed, could provide $1.4 billion annually for states and tribes to protect their most imperiled species.

These funding opportunities for conservation come at a critical time. The latest Intergovernmental Panel on Climate Change report revealed that the world’s current plans to address climate change are not ambitious enough to limit warming to 1.5 degrees Celsius above pre-industrial levels, a threshold to avoid the most catastrophic impacts. To hit this goal, governments now need to not only transition to clean energy and reach “net zero” emissions as soon as possible, but also remove massive amounts of carbon dioxide that are already in the atmosphere.

Protecting natural environments that absorb CO2 and store it in the soil will be key to making this happen. The Biden administration’s goal to conserve 30 percent of the country’s natural habitats by 2030—also called the 30×30 initiative—aims to combat climate change and biodiversity loss. With less than a decade left, the government is starting to push forward the first big policy changes to reach this target.

[Related: Here’s where biodiversity is disappearing the quickest in the US]

First on the list, the America the Beautiful Challenge looks to advance the 30×30 goal by gathering new and existing funds into a central source, streamlining the process for states, tribes, and NGOs to apply for conservation and restoration project grants.

The program has already secured $440 million in federal funds for the next five years, including $375 million from the bipartisan infrastructure law that Congress passed in 2021 to go toward ecosystem restoration, $35 million from the Forest Service to improve water quality and prevent invasive species, and $25 million from the Department of Defense to preserve natural resources around military installations. The Biden administration plans to draw the remaining $660 million from private and philanthropic contributions.

Dan Rohlf, wildlife law professor at Lewis and Clark Law School in Portland, Oregon, says it’s “a breath of fresh air” to see the federal government addressing conservation needs—but points out that much of the $1 billion is simply the repackaging of funds that were already available. As for whether this is enough for the country to achieve 30×30, he says it’s “not even close.”

“We’re in the middle of the sixth mass extinction crisis in geological time,” Rohlf replies. “We need a lot more investment than that, and we need to change our own behaviors quite a bit.”

The Recovering America’s Wildlife Act could provide an additional $1.4 billion annually to support the recovery of the country’s most at-risk species. It was introduced by Sen. Roy Blunt (R-MO) and Sen. Martin Heinrich (D-NM) last summer and passed the Senate Environment and Public Works Committee this month. It will now advance to the Senate floor for final passage.

For decades, states and tribes have struggled to find sufficient funding for their wildlife conservation plans. State fish and wildlife agencies in particular are heavily dependent on hunting- and fishing-related activities, which generate revenue from license fees and excise taxes on guns, ammunition, and other equipment. But the declining popularity of these activities has caused the agencies’ already-tight budgets to shrink even further.

Because of the ties between conservation monies and recreation, some state departments spend 90 percent of their budgets on managing game and fish species, Rohlf says. This leaves a limited pool of resources for the protection of other animals and their habitats. The US government hopes to fill this critical gap with the Recovering America’s Wildlife Act, but in the end, it might be asking for too much.

“It would be a great thing to do, but if I’m being realistic, I strongly suspect that the likelihood for this bill to pass is pretty low,” Rohlf says. “I suspect Congress is not going to be willing to pull up an additional billion dollars from the already oversubscribed federal budget.”

Similar efforts to secure wider funding for state wildlife programs have failed in the past. A previous version of the Recovering America’s Wildlife Act that died at the committee level suggested redirecting revenue from energy and mineral development on federal lands. Legislators have also considered generating cash from a nation-wide excise tax on outdoor recreation equipment.

But even with additional funding secured, limiting climate change and biodiversity loss is not a guarantee. Real impact hinges on how people choose to care for these lands once they are safeguarded. A recent study on wetland bird species published in the journal Nature found that simply designating an area as “protected” doesn’t mean that the wildlife there will thrive.

“We are not saying protected areas don’t work,” lead author Hannah Wauchope of the Center for Ecology and Conservation at Exeter University said in a press release. “The key point is that their impacts vary hugely, and the biggest thing this depends on is whether they are managed with species in mind—we can’t just expect protected areas to work without appropriate management.”

[Related: Many Indigenous languages lack a word for ‘conservation.’ Here’s why.]

If the Biden administration truly wants to achieve its conservation goals, it will need to drastically improve the way it buffers nature against human-related disturbances, Rohlf says. This means tending to national forests in a way that prioritizes carbon sequestration over the interests of the timber industry. Another issue of particular concern to Rohlf is the conservation of rangelands where cattle graze, especially considering the animal’s methane emissions and impact on plant and soil productivity.

Habitats in especially dire situations also require restoration, not just protection. This applies to 60 percent of the Great Plains that have been degraded, primarily as a result of intensive monoculture cultivation. The country’s wetlands, which have been disappearing at a pace of 80,000 acres per year, are in urgent need of saving as well.

The Biden administration will also need to consider ways to incentivize private landowners to protect biodiversity, Rohlf says. The Farm Bill, which is due for an update next year, could be a part of the solution. Expanding programs like the Conservation Stewardship Program supports farmers in managing their lands, while developing wildlife habitat and making agricultural activities more energy-efficient.

“Spending money helps, but we’re not going to reverse this biodiversity crisis just by spending money,” Rohlf says. “We’re going to have to change our behavior, the way we do business, and the way we live on the land.”