What needs to happen to get our east coast hyperloop

The Boring Company has a ton of paperwork in its future 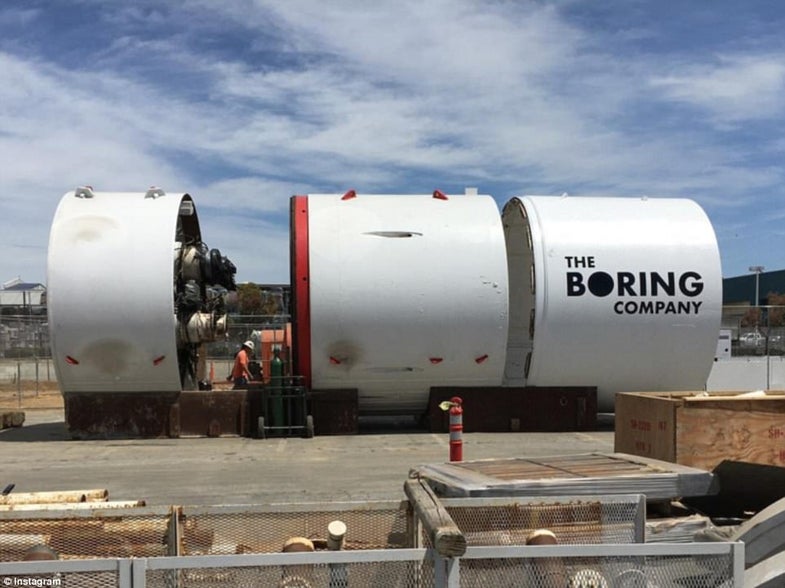 This adorable thing could be digging a tunnel from NYC to DC in the near (or far) future. The Boring Company
SHARE

Billionaire Elon Musk is eager to get his super-fast hyperloop inter-city transportation system underway. This morning on Twitter Musk announced that he “Just received verbal govt approval for The Boring Company to build an underground NY-Phil-Balt-DC Hyperloop. NY-DC in 29 mins.” While a 29-minute jaunt between the financial and political capitals of the United States is an enticing prospect for people in the Acela corridor it will take a lot more than a handshake deal to make this a reality.

For one thing, it’s not just one government between New York and Washington. Following the routes of Amtrak’s Acela train line, it’s at least six governments: the District of Columbia, Maryland, Pennsylvania, Delaware, New Jersey, and New York will all have a say over any project traveling underneath their states, to say nothing of the local county and city governments. In fact, if Elon Musk’s “verbal government approval” came from the federal government, it might not even be applicable.

But it’s not just local and (maybe) the federal government that has to give approval. There’s also the fact that any local property owner can raise objections to a tunnel passing beneath their land, and the Boring company will have to take input from those property owners at a bare minimum, long before the first hyperloop pod is ever lowered under the ground.

“Every state has some variety of environmental impact study requirements,” says Freeman, “For a huge project like this it would be a multi-year process. Just getting to the point of doing the study would require millions in engineering and planning work.”

And a hyperloop that’s underground isn’t just a tunnel; it would almost certainly require above-ground ventilation buildings, which themselves would need to be built and maintained. Musk would also have to secure above-ground property for hyperloop terminals at the end destination, which means at least one building each in all four city centers, as well as enough other facilities to accommodate his announced “up to a dozen or more entry/exit elevators in each city.” That is an elaborate process, with lots of local permitting at least 50 locations in some of the most expensive cities in the nation.

For example, permitting an existing tunnel project (from Robert F. Kennedy Stadium to the Rhode Island Avenue Metro Station) entirely within the District of Columbia required forms and approval from one federal agencies, three different state agencies, and one interstate body. Permitting even the rehabilitation and improvement of an existing tunnel is a lot of paperwork, and not something that a simple conversation can make disappear.

One possibility is that Musk’s “verbal government approval” comes not from any specific state-level body but instead the Office of American Innovation, a new office within the Executive Branch that is run by President Trump’s son-in-law, Jared Kushner. Still, as much as the executive may wish to empower CEOs to go forth and innovate, local government will have tremendous say in the process, and Musk should probably talk to them first before tweeting that a plan is already in motion.

I just talked to the New York MTA about this. Press aide is so flabbergasted that they're asking me to spell Elon Musk's name for them. https://t.co/mLWb4Abfb8/