The universal donor, Type O, is always in short supply. 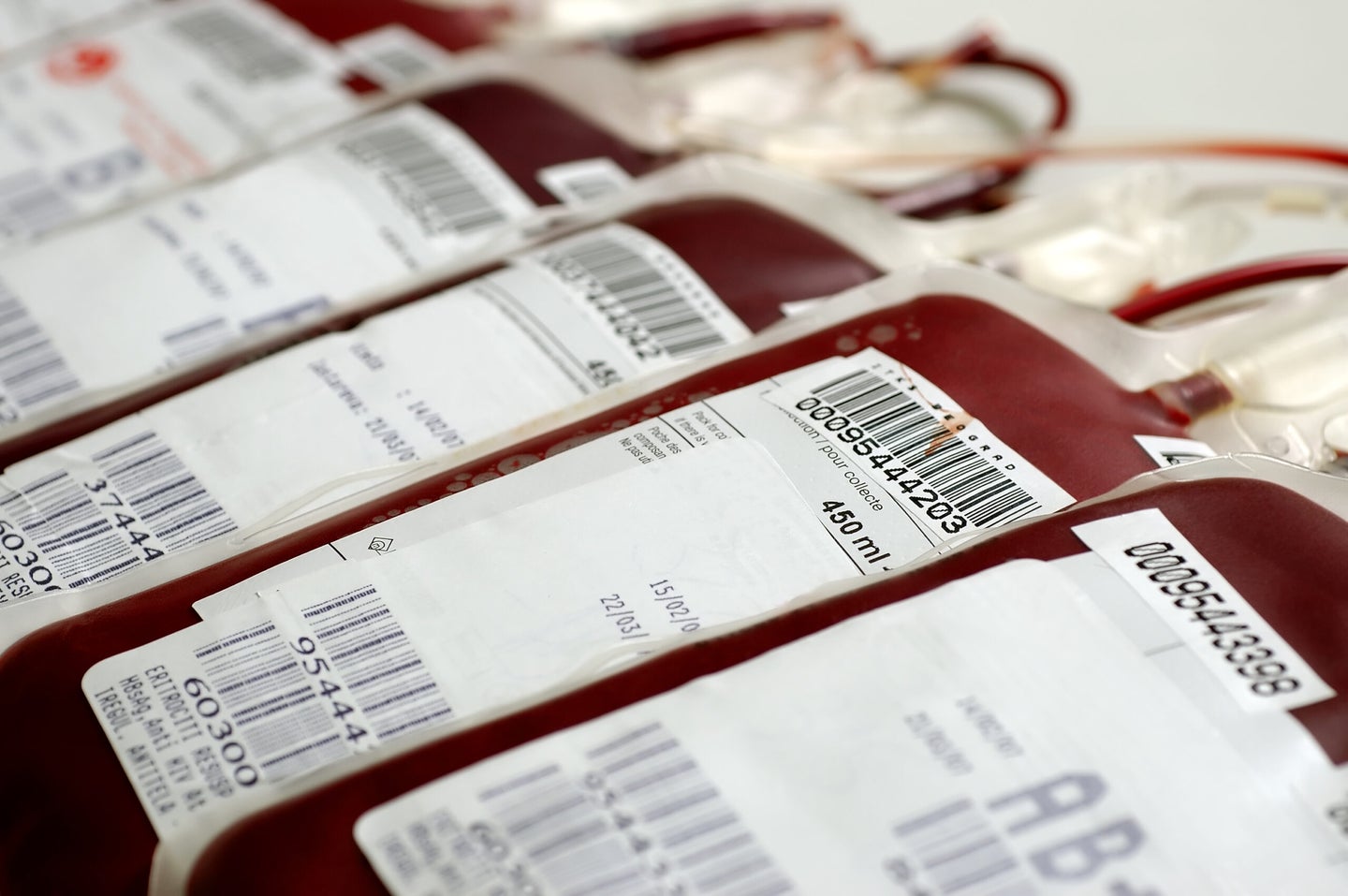 Every day the United States pumps 36000 units—that’s 40,000 pints—of blood into people in need according to the American Red Cross. And while the organization can use blood from most healthy people, some of the life-saving fluid is more valuable than others. Type O blood, known as the universal donor, can be safely given to anyone in need. That’s unlike types A, B, and AB, which can only be infused into people with matching blood types. Consequently, type O is always in short supply. With the help of newly found enzymes, however, chemists in Vancouver might be able to change that.

Two new enzymes, which naturally exist in the human gut, can convert type A red blood cells to type O, according to a new study published this week in Nature.

“The difference between blood of type A, type B, and type O” comes down to “the presence of slightly different sugar structures on the [outside] of the red blood cell”, says Stephen Withers, study author and organic chemist at the University of British Columbia.

So, type A and type O blood cells, for example, are actually quite similar, except type A has an additional sugar molecule—N-acetylgalactosamine, affectionately known as GalNAc—attached to the surface. But that one sugar molecule is crucial. If someone with type B or O blood received a transfusion containing type A blood, the unfamiliar sugar would set off a dangerous immune response as the body tries to get rid of the foreign invader.

The most obvious answer—simply removing GalNac from type A blood to convert it to type O—isn’t a new idea. It was first proposed by a group of researchers back in 1982. Though clipping off the sugar molecule made sense in theory, scientists couldn’t find an enzyme that worked well enough to make converting mass quantities of blood economical.

“What we’ve been doing since that time is trying to find better enzymes to do that job,” says Withers. He and his team thought their best bet was to look into the human gut, a bountiful supply of enzyme producing microorganisms, some of which have the ability to snip and consume sugar.

The team screened almost 20,000 genes from human gut microbes in search of one that could code for a GalNAc-cutting enzyme. To test what they found, they began inserting the newly found genes into E. coli, a common lab bacteria. The E. coli incorporated the new DNA into their own and used it to manufacture the enzymes the scientists were interested in.

But as they tested the enzymes they were surprised that none of them seemed to work, none could efficiently chop the GalNAc off of the type A red blood cell. Then Withers’ postdoc, Peter Rahfeld, had the bright idea to see if two enzymes together could get the job done.

Rahfeld found a pair of enzymes originating from the gut bacterium, Flavonifractor plautii that, even in small quantities, could efficiently cut the sugar group from type A blood cells, making it type O.

This discovery could significantly improve the utility and the capacity of our current blood supply, Withers says. Which is most important to the people in the blood industry trying to manage our supply, he says. Typically when a blood bank is running low in type O—as many do—the bank runs a campaign beseeching donors to come in and replenish their supply. With this technology they could simply convert a batch of plentiful type A blood to meet their needs. And while they haven’t yet tested enzymes that could convert Type B blood, the researchers are hopeful that they could use similar methods to find an enzyme to do the job. Type B blood has a similar sugar on the outside of its cells—though distinctively different from Type A—so a functional enzyme pair could also exist in the gut, but researchers haven’t searched yet.

Regular use of these enzymes at blood banks, though, is still a ways off. Withers and his colleagues are working with the Canadian Blood Services to assess how well the enzymes work in a range of different blood samples and, ultimately, if the converted blood is safe. There’s a lot more work to do, but after more than three decades in search of the right enzyme, researchers are a giant step closer to a more flexible and steady blood supply.