Peer-run talks that highlight misconceptions about tobacco could help adolescents keep away from cigarettes and vaping products. 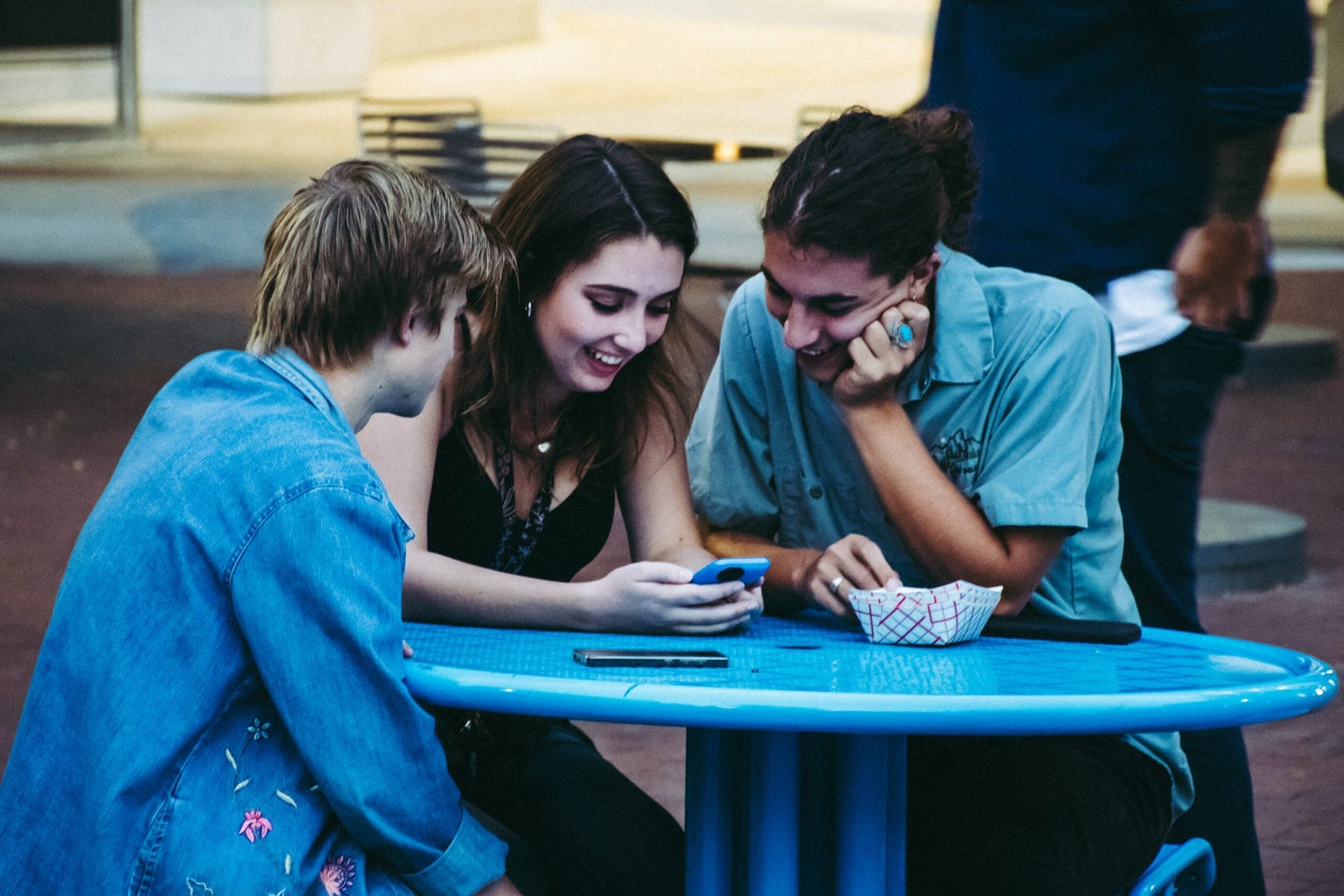 When teenagers share their own experiences with tobacco—for example, how growing up with family members who smoked affected them—their peers are less at risk of using tobacco products, a new study found.

The study examined how well Teens Against Tobacco Use, a program developed by the American Lung Association, the American Cancer Society, and the American Heart Association, could reduce teen susceptibility to tobacco use. In the program, high school and middle school students deliver presentations on tobacco to slightly younger students. The talks incorporate factual information about tobacco’s health effects, but also include the adolescent presenters’ personal experiences with it. The study was published this week in the American Journal of Preventive Medicine.

“Youth are really relatable role models, especially when they’re talking with other youths. The authenticity is quite compelling,” says study author Louis Brown, associate professor of health promotion and behavioral sciences at the University of Texas Health Science Center at Houston School of Public Health. “Teachers as the deliverers of these messages have strengths, in that they’re professional educators, but they aren’t necessarily effective role models. For some students, they can elicit resistance, because they can come across as preachy. With kids, slightly older youth are often viewed admirably.”

Researchers conducted this particular study of the Teens Against Tobacco Use Program at nine schools in a low-income, primarily Hispanic community in Texas. Older students participating as presenters designed two 45-minute talks. Their younger peers in 107 classrooms took surveys on tobacco susceptibility, which asked them about their own interest in using tobacco, their knowledge of it, and their beliefs about tobacco use in their social groups. One question on the survey focused on e-cigarette use. About half the classrooms then had peer presentations before taking a follow-up survey a few days later, and the other half, the control group, took the follow-up survey and received the presentations later in the year.

After hearing presentations, students had a nearly 40 percent reduction in scores on surveys measuring their susceptibility to tobacco use, indicating that they were at less of a risk of using tobacco products than they were prior to the presentations. The study did not follow the students to measure if the intervention ended up affecting their actions, Brown notes, although that information will be important to collect going forward.

Brown expects that the findings would translate to schools in other areas, including those with different socio-economic status or demographics. “I think the fact that kids are getting stories from youth in their own community is what makes it naturally culturally relevant,” he says.

The study was well-conducted, but previous research on school-based tobacco interventions shows that those programs do not typically have a long-term impact, says Matthew Farrelly, senior director in the Center for Health Policy Science and Tobacco Research at the research institute RTI International. Media campaigns that adolescents are regularly exposed to are more effective, like the Food and Drug Administration’s “The Real Cost” campaign, he says. “It was good that they found an effect, but it wasn’t necessarily a strong indication that it would lead to later changes in behavior,” he says, particularly because the follow up survey was done immediately after the presentation, when the students were primed to answer a certain way. In the paper, the authors note that limitation of the study, writing that it’s not clear if the impact of the presentations is sustained for any significant length of time.

Tobacco and nicotine use among teenagers has been increasing over the past few years, and research shows that spike is largely attributable to high rates of e-cigarette and vape use in that group. Brown thinks that teen-run presentations could also be used to prevent vaping. “We need to do more to show it works with vaping, but I’m optimistic,” he says. Frameworks that are proven to effectively reduce teen tobacco use will likely work just as well with vaping and e-cigarettes, Farrelly says, particularly those that target the underlying perceptions or misconceptions that teens have about the products.

Vaping took center stage, though, in a secondary element of the Teens Against Tobacco Use program. Students who presented to their classmates also engaged in other types of anti-tobacco advocacy: For example, they attended and spoke at an El Paso City Council meeting in favor of a new ordinance that would prohibit e-cigarette use in parks and public outdoor spaces.

“Not only were their voices powerful, but elected officials responded to them in a different way than when adults spoke,” Brown says. Engaging kids in public health conversations on the advocacy side may be a promising direction, he says, and offers the kids valuable experiences, as well. “I think their message cuts through the discussion in a way adults can’t duplicate.”