There are several ways to enjoy the month-long, action-packed sports event. 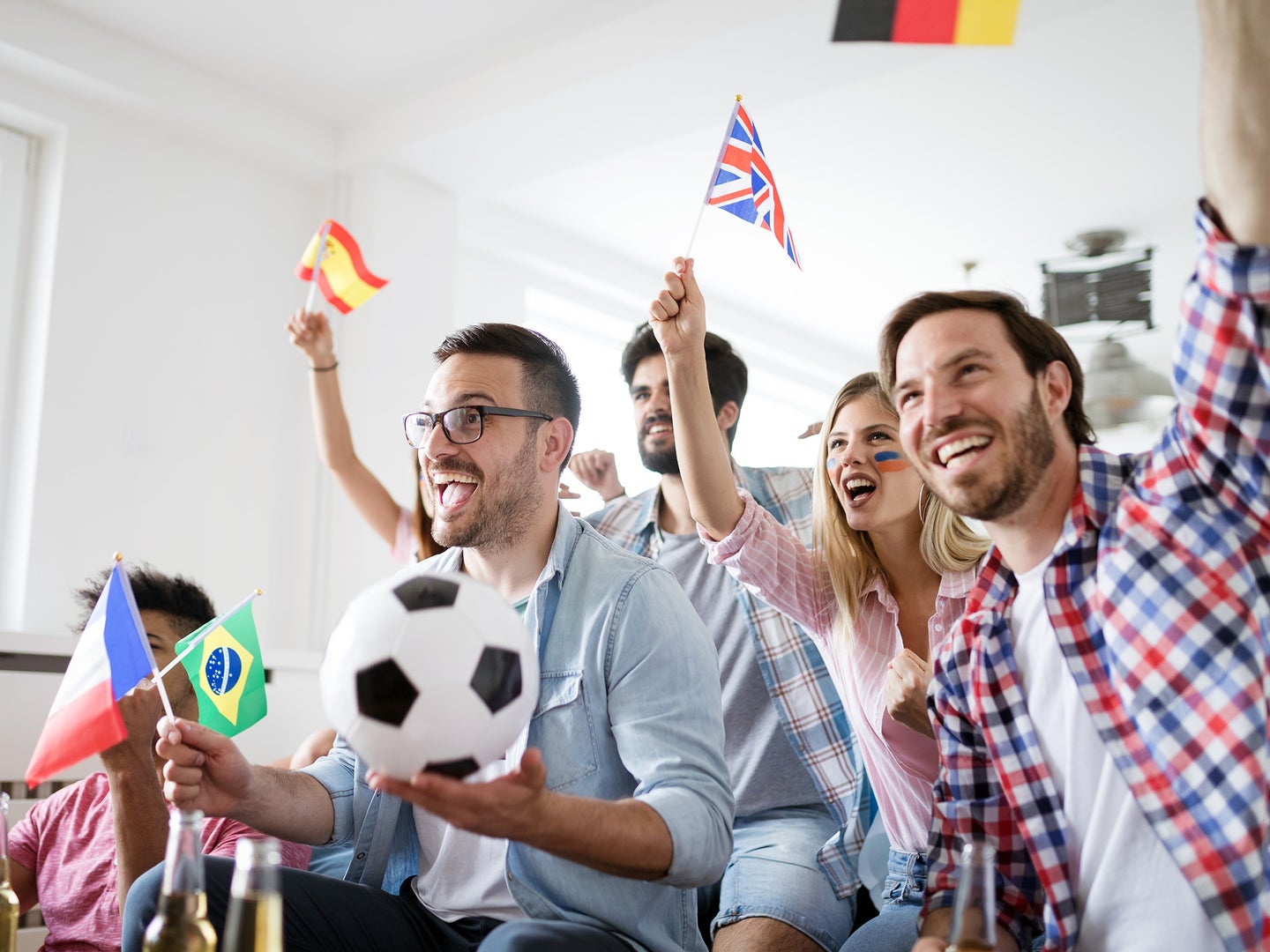 Get your colors ready for the Qatar 2022 World Cup. nd3000 / Deposit Photos
SHARE

After four years, the men’s World Cup of soccer has rolled around again. This year’s event will take place in Qatar and 32 teams from across the globe, including the United States and current favorites, Brazil, Argentina, and France, will fight for the coveted golden trophy.

The first game of the tournament between the host country and the national team from Ecuador kicks off on November 20 at 7pm local time (11am ET/8am PT). After the group games and the knock-out stages, we’ll get to the final on December 18 at 6pm local time (10am ET/7am PT). There are a total of 64 games in the tournament, with staggered timings.

Whether you’re a seasoned soccer fan or you want to check in and see what all the fuss is about, there are a variety of ways to tune in and see the games as they happen, or catch up on the highlights. But as you would expect, FIFA, the soccer governing body and main organizer of the event, will have coverage tightly controlled to maximize media revenue streams.

As it usually happens with these global sporting events, licensing rights vary between countries. Here we’ll guide you through the options for US viewers, but you may have similar options wherever you are—just make sure to check your local listings for more details.

In the US, the rights for broadcasting World Cup games live in English belong to Fox Sports, with coverage split between the Fox and the FS1 channels. If you have access to those, whether through a cable box or a subscription service such as YouTube TV or Sling Blue, you’ll be able to see every game as it happens. If you have a digital antenna attached to your TV, you can get Fox Sports free of charge.

In terms of apps, you’ve got a host of choices. First, there’s the Fox Sports website and the network’s app, available on a multitude of devices including phones, tablets, computers, Android TV, Apple TV, and Xbox consoles. Then there are all the apps for services such as YouTube TV, which are supported by most of the popular devices and platforms as well as your favorite web browser.

[Related: Watch anything you want without signing up for every streaming service]

If you want to watch games live in Spanish, you’ll need to tune into NBC’s Telemundo and Universo networks, both of which you can get through a cable box or a variety of subscription services (including Hulu). There’s also the streaming service Peacock TV (free until November 24, then $5 a month), which is also showing every game live in Spanish. You can get Peacock TV through a variety of platforms, including apps for Android, iOS, and the Roku streaming stick.

You can also watch full games for free on Tubi, but only after they’ve finished. This may sound like a bummer but it may not matter so much as the time difference with the Middle East will place a lot of the tournament in the middle of the night in the US. You can watch Tubi through any web browser on your laptop or install the dedicated app on your Android or iOS phone. There are also apps available for other platforms, including Roku devices.

If you’re outside of the US or you happen to be traveling, these apps and services won’t work. The best fix is using a VPN program, which you can set up on your phone and other devices to spoof a US location. However, networks and streaming services know all about VPNs and can often block their access, too. Before putting down any money, it’s a good idea to take advantage of a free trial of any VPN and see if it will work for your chosen apps.

Other options to watch the World Cup

Obviously, World Cup organizers want to promote the event as much as possible, which means that outside of full games, getting access to footage from the tournament will be easy and not so aggressively locked by region. Think clips of individual goals and plays, or highlights packages that fall outside of the main TV licensing deals.

Since we’re writing this ahead of the tournament, it’s not clear just how much soccer action you’ll be able to see online, but it’s definitely worth keeping an eye on both the official YouTube channels for Qatar 2022 and FIFA. If there are highlights packages after every game, it’s almost certain that’s where they’ll be. There’s already plenty of preview content to wade through.

[Related: How to watch TV with friends—even when you can’t be together]

The same is likely to happen on most social media platforms. You can find official accounts for both Qatar 2022 and FIFA World Cup on Twitter, Instagram, Facebook, and, in the case of the governing body, TikTok, so you’re likely to see a selection of goals and key moments on those accounts as well. If you really want to get into the World Cup spirit, back on the bird app there’s also a whole lot of historical footage available.

As you would expect, Google is also ready for the World Cup: Just search Google for “world cup” to see a list of upcoming games and recent results. You can click through for details on individual teams, matches, and current scores in live games. If you’re an Android user, you’ll see a Pin live score badge underneath matches, which you’ll be able to tap on to create a live widget on your home screen. This is the best way to stay up to date with scores without having to unlock your device.

As it’s always the case for these events, a quick search for competing team names on YouTube or Twitter is likely to bring up a host of unofficial content while matches are in progress and right after they’ve finished. For copyright reasons, it’s highly likely this unapproved material won’t be online for long, so you’ll have to be quick about it if you want to get a peek.

For more information about the tournament, check out the official Qatar 2022, and FIFA websites.