How to use a VPN

Keep your computer and your information safe with a Virtual Private Network. 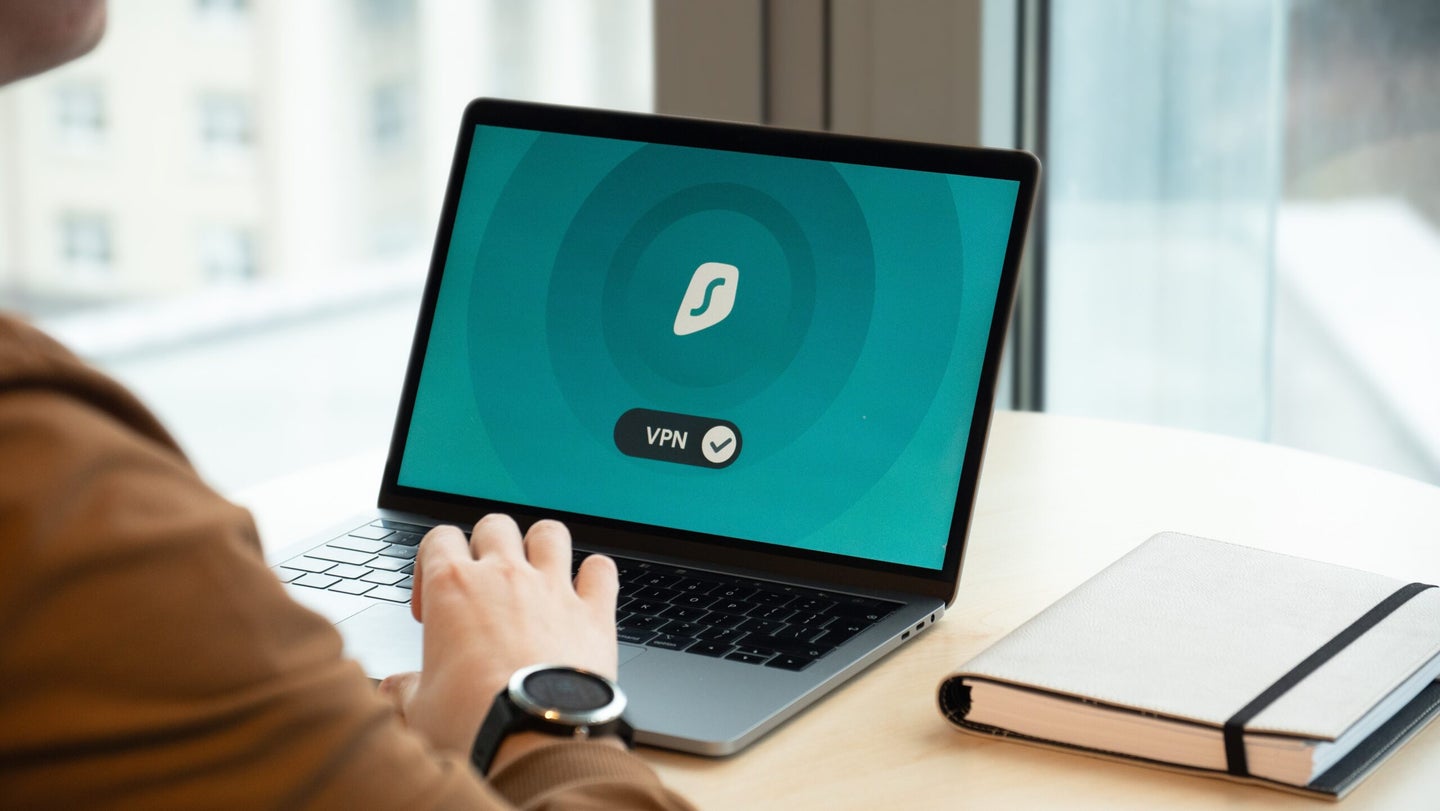 Virtual private networks, or VPNs, can mask your location and other private info when you use the internet. Dan Nelson (Unsplash)
SHARE

While there’s no perfect solution for keeping your personal information safe from bad actors on the internet, using a VPN can help. Thieves don’t need to rifle through your garbage to find your most sensitive personal information any more, and even a computer protected by antivirus software can be susceptible to some kinds of information gathering techniques. A VPN is an easy, effective step to reduce those risks. Not only that, but it can also be a tool that expands how you use the internet, too. If you want help getting started, here’s everything you need to know about how to use a VPN.

What is a VPN?

A Virtual Private Network, commonly known as a VPN, shields your online activity from the outside world by creating a remote private server that acts as a gap between you and the greater internet. In the same way that a firewall restricts outside access to your local home network, a VPN connects you to a server outside of your local network but behaves—as far as your internet service provider (ISP) or any unwanted viewers can see—as if that connection was within your local network. Your ISP can see that you’re connecting to that VPN’s IP address and how much bandwidth moves through it, but they can’t see what kind of data you’re sending, what sites you’re visiting, or who you’re emailing.

Modern VPNs are simpler than ever. You can easily subscribe to any number of cloud-based VPN services, and using them is as simple as installing an app on your computer or phone. Better yet, these services often cost just a couple of dollars a month—less than the price of a cup of coffee in the Midwest—meaning that the cost to protect yourself is negligible.

What can you do with a VPN?

Compared to standard browsing, a VPN makes you into an internet wizard. You can teleport, turn invisible, send secret messages, and shield yourself.

Obscure your location and traffic: First and foremost, a VPN masks the details of online activity, preventing anyone watching your connection from seeing your traffic or personal information.

Stay private in public: If you turn on your VPN when you’re working from a public place, like a cafe, other snooping customers won’t be able to see what you’re doing.

Tunneling into work: If your employer provides you with a VPN, it will protect your employer’s data and let you work as if you were plugged directly into your office’s network.

Geo-relocation: Access geographically-restricted content, such as a streamer’s international libraries, without having to go to that country.

How do you enable a VPN?

How you actually use your VPN can vary quite a bit, and it depends a bit on how extreme you want to go. Once setup is finished, though, all you have to do is turn it on and start browsing as you normally would. That’s it. The VPN does all the tough stuff for you without you having to even think about it.

Protecting your device: The simplest is also the most common. The majority of VPNs offer apps for popular platforms—Windows, macOS, Android, iOS—that you can install on that device. Once you have it, you sign in and hit a button for complete protection.

Protecting your browser: If locking down your whole computer feels like overkill, many VPN services offer browser plugins for browsers like Chrome and Firefox that will protect that browser, specifically. That means that other apps on that device could still expose your data. If you feel safe with that, this is a good solution to have at least one protected way to get online.

Protecting your network: You can protect your entire home network by setting up a VPN through your router. This requires far more technical know-how than the other two options. You’ll need to get a router that supports it, or that supports open-source router operating systems like DD-WRT or OpenWRT. This will protect everything on your network—even your Smart Fridge—and can’t just be turned off.

Can I use my VPN on my phone?

You can use a VPN just about anywhere you can connect to the internet. Modern VPN services offer software and configuration for Windows, Linux, macOS, iOS, and Android, as well as browser plugins. There are also VPNs that you can configure at the router level if you want a project and don’t have kids with important gaming appointments to worry about.

From a security standpoint, the VPN isn’t quite as useful as it once was. Browsers are more secure than ever. With any website using HTTPS, your browser encrypts all the data sent between you and it (and just about any site that you’d visit in 2022 is going to be using HTTPS). That’s going to keep both your ISP and any potential bad actors from viewing that traffic. The likelihood of said bad actor viewing your traffic, in particular, is also really low—information like usernames and passwords are generally harvested through massive security breaches that contain gigabytes upon gigabytes of that information, of which you’re only one. A strong, unique password saved in a secure password manager is the best defense there.

Even with that in mind, though, it doesn’t hurt to have that extra layer of security. Plus, as we discussed, there are other perks to using a VPN … like watching international versions of Netflix.

What are some disadvantages to using a VPN?

VPNs aren’t a silver bullet for protecting your personal information. The protection they provide isn’t absolute and comes with a couple of drawbacks.

Plus, in my personal experience, many regular, everyday sites that people use frequently—will try to block VPN providers from accessing their systems. That includes Netflix, Steam, and many others. VPN providers work hard to get around these blocks, though, so it generally shouldn’t be a problem.

If you pay for a high-speed Your internet connection might also be slower. The usual blazing-fast speeds you’d get downloading all 90+ gigabytes of Call of Duty Warzone from Steam may lose a step with your VPN turned on. By and large, these limitations only apply to people with the fastest possible home internet. For those of us with connections closer to 100 Megabits or less, though, the popular VPNs you’ve seen advertised in YouTube videos and the like are usually much faster. If you have a super-fast connection, though, this is something to be aware of.

Lastly, if you click on an obvious data-gathering trap, like a pop-up telling you to come to claim a free iPhone, there’s nothing a VPN can do to save you from yourself.

What to look for in a VPN service

Not all VPNs are created equal, and you’ll want to research your VPN options before picking one. Each VPN service handles your personal information differently. How do you know the one you’re going with is going to get the job done instead of making things worse? Here’s what you’ll want to look for in your potential provider:

Do they offer unlimited bandwidth?

Netflix can use as much as 7GB of data per hour. While that’s barely going to make a mark on your ISP’s transfer cap, it can obliterate a smaller data cap. Most of the popular paid VPNs promise unlimited bandwidth, so this is usually only a problem if you’re using a free service or a smaller VPN provider.

What speeds do they promise?

When you’re using a VPN, that service essentially becomes your second ISP, determining the speed and connectivity of your internet. The blazing-fast gigabit connection you pay for from Comcast or Verizon may suddenly feel a lot slower if your VPN drags its feet. Some of the fastest services offer connections as high as 80 or 150 Megabits per second on the download side. Even that may feel like a drag, depending on where you live, so make sure you pick a service that hampers your speeds as little as possible.

With the advent of HTTPS, VPNs aren’t as necessary for encrypting your personal data as they once were, but we live in an era of huge data breaches. A no-logging policy guarantees that your VPN doesn’t keep internal records of your activity. Even a VPN provider can get hacked, so a no-logging policy ensures that there will be very little information for them to gather about you in the event of a leak.

What kind of encryption do they use?

There are a variety of encryption options out there. Most VPNs will offer AES-256 encryption, or Advanced Encryption Standard using 256-bit encryption. This is considered the most secure option. If you see a VPN saying it has “military-grade” encryption, this is what they’re talking about. AES-128 is generally considered secure, but 256 is far more secure. Other 256-bit encryption standards, like ChaCha20, are growing in popularity. The truth is that you’ll almost certainly have AES-256 available, and that will more than suffice.

Does the software feature a killswitch?

If you want to use a VPN at all times, to the point where you’d rather go completely without an internet connection rather than surf without a VPN, then you’ll want to make sure the VPN software you’re using has a “Killswitch” option. A Killswitch will prevent you from going online if you can’t connect to the VPN. This ensures that if, say, your VPN drops its connection temporarily without you realizing it, you won’t start suddenly pouring all your personal data out onto the internet

Do they offer servers in multiple countries?

Most VPNs have servers that can place you in multiple countries or even regions of countries (such as Chicago, New York, or Los Angeles in the United States). This is useful for a bunch of reasons. First, if you’re trying to access a website that’s available to only Japanese IP addresses, you’ll want a server in Tokyo.

Even if you’re just looking to mask your identity online, you may not be worried about where it looks like you’re getting online from, but, in that case, you want the lowest latency browsing; with a diverse list of server locations, you can pick the nearest one for the quickest browsing. A developer may want to test a website or web-based application from various regions as well, and a VPN would make this possible.

Is it available on all your platforms?

We can get online through lots of devices these days, including computers, mobile devices, game consoles, all manner of smart devices. You’ll want to make sure that you have your bases covered. While there aren’t any VPN services out there that have software for kitchen appliances, most of them have the popular operating systems and mobile platforms covered. Coverage varies from service to service, though, so make sure you check what’s covered before you pick.

Final thoughts on using a VPN

While so many elements of our digital lives have gotten more expensive and harder to access, VPNs are the opposite. They’re easier to use, faster, and less expensive than ever, while still offering you very real benefits for personal privacy. Even if your online presence is boring, you still have information worth protecting, and VPNs make it easier than ever to do so.