5 keyboard apps for when you just need to type

Is it too much to ask? 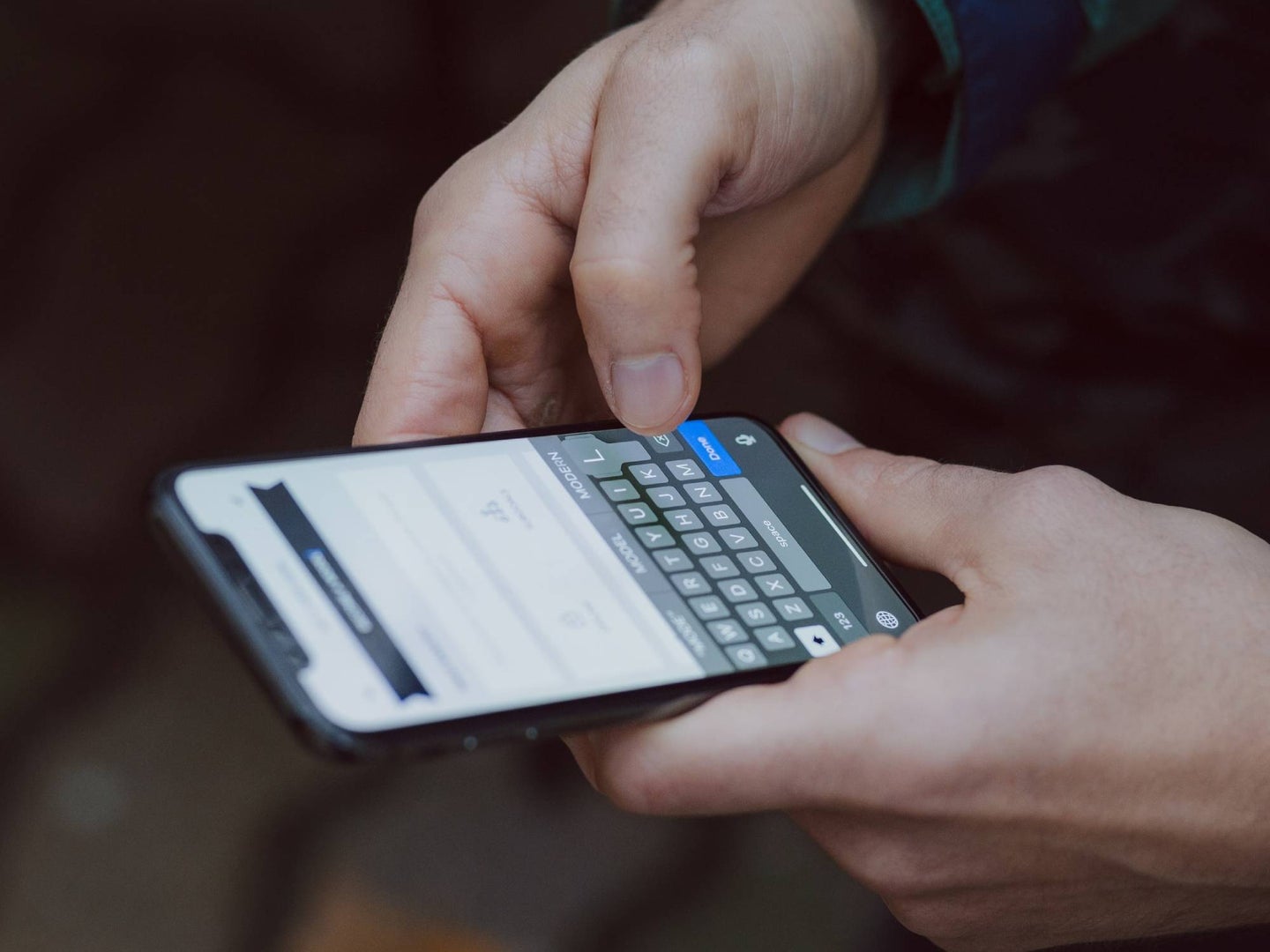 This story has been updated. It was originally published on May 16, 2021.

Every smartphone comes with a built-in keyboard. But sometimes that’s just not enough. Maybe yours is so uncomfortable you’ve made your peace with writing only two-letter words, acronyms, or worse—sending voice notes.

Luckily, whether you have an iPhone or an Android, you can easily download a third-party keyboard to adjust to your needs. Just search the App Store or Google Play, and you’ll find plenty to choose from.

Some let you add themes, use different fonts, or even play games. But if you just want to type coherent sentences, we’ve chosen a few winners for you.

Click on any YouTube video and you will most likely get a Grammarly ad. You may be familiar with the extension for your browser, but the platform also offers a keyboard app for your smartphone.

If you have a Grammarly account, you can link it to the app and get a similar service. But even if you’re a freeloader, the app will evaluate whatever you’re writing, suggest changes, and flag misspellings. Grammarly can also detect the tone of your writing, so you don’t come off as pushy when you are just trying to be clear and concise.

[Related: How to prevent those annoying texting typos]

In terms of customization, this is one of the simplest apps we tested. You’ve got two themes—light and dark—and you can opt for things like having a number row at the top of the keyboard, or removing key borders for a more stripped down look. You get an emoji keyboard, but no GIF or sticker search.

The app also allows you to write in 29 more languages. Unfortunately, all Grammarly goodies only work in English, so you’ll have no one to blame if people think you’re bossy in Spanish.

Some of these features rolled out to Android users as of recently, but they might still be unavailable to you if you have an iPhone.

The Grammarly keyboard app is free for Android and iOS.

If you’ve got a Pixel then chances are you’ve been typing with this all along. But if you don’t, you may be surprised to know Google has its own keyboard app.

Gboard is a highly comprehensive platform whose strongest feature is, you guessed it, the built-in Google search engine. This means you can google things through the keyboard without jumping out of the app you’re currently on, or invoke the Google Assistant.

Having Google search at the tip of your fingers is also very useful if your meme game is strong—GIF searching is not limited to IMGURL or GIPHY, and you can literally make reference to anything on the internet. You also get other Google features, like voice typing and Translate, from within the app.

The swipe typing function is one of the best out there, and you can also customize your keyboard to use it with a single hand. We don’t recommend it, though, as the keys get pretty small and even normal-sized thumbs end up typing gibberish.

Gboard plays nice with more than one language, though going from one to the other is not absolutely seamless.

Gboard is available for free for Android and iOS.

This would’ve been an amazing Taylor Swift-sponsored tech venture, but Microsoft was actually the one to buy this platform in 2016 for the not-too-shabby price of $250 million. Apparently the splurge was worth it, because now SwiftKey is one of the best options out there when it comes to functional keyboard apps.

Very much like Gboard, this app has built-in search capabilities, only this one is powered by Bing by default. No worries if you’re not a fan of Microsoft’s engine—you can easily change it to Google. But if neither of them is your cup of tea, you might want to keep browsing for apps.

You can download new themes—some paid, some for free. If you feel creative, you can also make your own, and customize things like having a number row on top of your keyboard or adding arrow keys for easy navigation within your text.

[Related: These free apps will help you type faster]

One of the few things we didn’t like about this app is that keys tend to look cluttered, especially on international keyboards that include special characters. Having no borders on the keys could’ve been an easy fix, but sadly the app doesn’t offer that option.

Keyboard apps make some users nervous about the risk of having a third party snooping on everything you type into your phone. This is a valid concern, as data leaks have affected this type of app in the past. But SwiftKey is one of the few that, as you’re setting it up on your phone, clearly prompts you to choose whether or not you want Microsoft to collect your data to improve the platform’s functionality.

Opting out doesn’t cost you anything in terms of usability, so you can rest assured your back and forths with your group chat are secure.

Microsoft SwiftKey is available for free for Android and iOS. It includes in-app purchases.

Another keyboard app with legit security bragging rights is Typewise. Their number one claim is that the platform provides total privacy, so if that’s a concern of yours this could be the keyboard for you.

One of the most interesting features of Typewise is its hexagonal layout, which promises faster and more accurate typing. When you activate this setup, your keys will look like a beehive and your space bar will turn into two keys in the middle. The hexagonal layout reorganizes the classic QWERTY keyboard you’re most likely familiar with, so it definitely requires some getting used to.

In our experience, the learning curve was a bit too steep. Even though the shape makes better use of your screen real estate and provides bigger keys, using the layout is something you definitely need to commit to for a week or two in order to make it work. The developers behind Typewise know this, and they’ve included games and tutorials to make your ride a little smoother.

Worry not, though—Typewise also offers a traditional layout you can highly customize by adding borders and number rows, setting up vibration and sounds, and changing font size, among other details.

The downside is that a lot of these options are behind the Typewise Pro paywall, which will set you back $1.99 a month, $9.49 a year, or $24.99 to unlock them permanently.

Typewise is free to download for Android and iOS, with some features only available with a $1.99 a month subscription.

Being functional doesn’t mean you have to be a bore, and the Ginger keyboard is proof of that. Most of the apps on this list allow you to apply themes and even create your own. That’s very much a basic feature when it comes to this platform—Ginger has built-in games.

Why, you ask? If you’ve ever been in the middle of typing something and needed to take a break, playing a simple yet highly entertaining game like old school Snake or 2048 can be exactly what you need to get you going.

Sure, you can download any of these as a separate app on your phone, but having the game built into your keyboard will allow you to stay in the current app you’re typing on, and not forget what you’re actually doing. It sounds a little odd at first, but it’s worth giving it a try.

Other than that, Ginger is a perfectly functional keyboard app—it features voice typing powered by Google, translation, and Grammarly-like corrections and writing suggestions.

[Related: How to use your phone with one hand]

The app is free, but you have the option to upgrade certain services to unlock specific features. For example, freeloaders will get 50 writing corrections, but you can have unlimited ones for $2.99 a month.

If themes are your thing, you can create your own, or buy them individually or by the pack in the Ginger store. But if you like to change things up regularly, you can also pay $5.49 a year to have all the themes your heart desires. There are similar options for removing ads and accessing unlimited translations, which comes in handy if there’s only one feature you need.

Unfortunately, Ginger discontinued support for its keyboard for iOS in 2015. Apple users have access to the Ginger Spell Checker, that provides grammatical suggestions and other writing advice.

Ginger keyboard is available for Android. Upgrades start at $1.99 a month.