No Netflix, no problem. 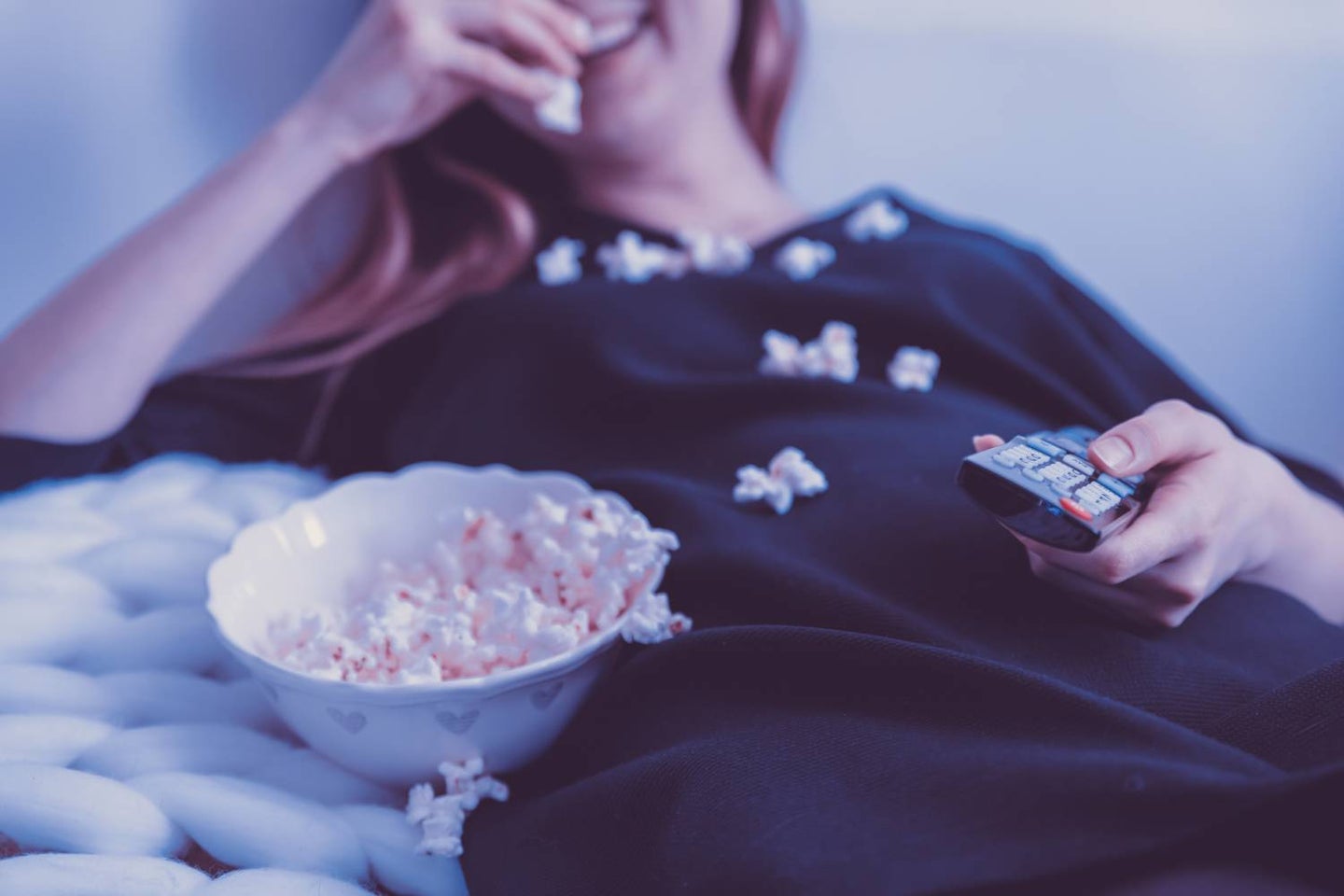 Why pay for the cow when you can have the milk for free?. JESHOOTS.COM via Unsplash
SHARE

This post has been updated. It originally published on March 24, 2020.

When trusty ol’ streaming platforms start to feel a little stale, you don’t have to resort to binging Parks & Recreation for the fifth time (though it couldn’t hurt, honestly). If you’re stuck inside looking for things to watch, you might be surprised by how many free movies and shows are ripe for the picking on your TV.

Whether you’re using your TV’s built-in smart features or a standalone set-top box like the Roku or Apple TV, you’ll find a huge selection of channels that have some free content, even well-known names like NBC, Fox, and Adult Swim. Many of those are limited if you don’t have a cable subscription, but some, including those with lesser-known names, offer whole movies and TV seasons for no cost at all.

[Related: Stop your streaming apps from eating all your data]

First, temper your expectations just a tad. These channels are free for a reason, so they won’t have tons of big-budget flicks or the latest releases. Mostly, you’ll find a lot of B-movies and classic sitcoms, with a few standouts from more recent years mixed in. There’s also a decent amount of crossover, and catalogues rotate periodically, just like Netflix. Depending on when you’re reading this, the titles below may no longer be available, but they will give you an idea of what the selection and experience looks like.

Sony’s Crackle channel has quite a large selection for a free channel, with lots of genres to choose from. Whether you’re a horror fan, an action nut, or just looking for a comedy, you’ll probably find something here. You’ll find critically-acclaimed movies like Fury and The Social Network alongside older titles like the Ace Ventura series, Failure to Launch, Midnight in Paris, and (weirdly) some classic sequels like Airplane II, Naked Gun 33 ½, and some of the Star Trek movies. It also has lots of classic sitcoms, plus also a few recent shows that were decent but didn’t do well, like Marry Me and Mr. Sunshine. There are probably some great ones I didn’t get to see, though, because browsing the app on my Roku was a terrible experience—the platform has only one visible row and an auto-playing video in the background. But if you can put up with that, there’s definitely a lot to watch.

Vudu is primarily a movie-and-TV-buying service, with rentals and purchases similar to iTunes or the Google Play store. It does, however, have a decent selection of free stuff you can watch with ads, from movies like the Lethal Weapon series, V for Vendetta, or—if you need something a bit more upbeat—Superbad and Happy Feet. It has a few TV shows, but its definite strength lies in feature-length films, so check it out if you’re looking for a way to kill a couple hours.

Roku has curated their own channel of free movies and TV, showcasing slightly older movies like Hook, The Karate Kid, and Rudy, alongside TV shows like Schitt’s Creek, Without a Trace, and a stable of classic sitcoms like Bewitched. There’s also a lot of reality TV. It’s primarily designed for Roku users (obviously), but it’s also on the web and mobile devices, so you can watch it through your Fire TV’s browser or through AirPlay on your Apple TV.

Tubi is not a household name, but I found the app pleasant with a decent selection of usual classic titles, alongside moderately-recent movies like Minority Report, Black Hawk Down, and Michael Bay’s Teenage Mutant Ninja Turtles. Unlike some of the other channels, though, it has a lot of specific, easily browsable categories like family movies, black cinema, and the cleverly-titled “Not on Netflix,” which makes it a bit easier to find something you’re bound to like.

Filmrise is one of the few channels that keeps things simple: It’s a big list of movies in a basic interface that’s easy to browse and shares a lot of content with other free channels. I did find some fun titles like Lars and the Real Girl, Legally Blonde, The Illusionist, and Memento (one of my personal favorites). It has a few lesser-known TV shows as well, alongside a few bigger names like 3rd Rock from the Sun, Adam West’s Batman, and lots of Gordon Ramsay. You’ll find those elsewhere, too, but Filmrise has one section I didn’t see lots of other places: live concerts. So if you feel like watching a performance from the Rolling Stones, The Who, Stone Temple Pilots, or Dream Theater, Filmrise has a few to choose from.

[Related: It’s time to unsubscribe from some streaming services]

Similar to Filmrise, Popcornflix is a simple, browsable database of free movies and shows. You’ll find classics like Clue and the original Italian Job, modern comedies like Young Adult and She’s Out of My League (which I maintain is funnier than it gets credit for), and some action thrown in for good measure. There’s an awful lot of crossover with other free channels on this list, but it’s worth a peek anyway.

Pluto TV is a bit different from your typical streaming channels. Instead of a selection of always-available movies and shows, Pluto TV is more like Live TV, with “channels” like BET, Comedy Central, Fox Sports, Spike, Westerns, and even a 007 channel playing classic Bond films 24/7. You can’t start a movie from the beginning, so you’ll have to do things the old-school way and watch what’s currently on. But I suppose it’s nice if you’re the kind of person that likes to flip around channels rather than deal with a single decision. You may also find this built-in to your TV as its own input: Samsung calls it TV Plus, and Vizio calls it WatchFree+.

If you’re an anime fan, you probably already know about Crunchyroll. If you aren’t an anime fan—or you were in the past but haven’t kept up—there’s plenty to rediscover here. The selection of shows is huge, and most of them are available for free, with the main exception being the latest episodes of some newer titles. You’ll just have to put up with ads unless you pony up.

[Related: Best streaming devices to watch anything your heart desires]

While Plex started out as a way for you to stream your own shows across your home network, the company has expanded into a ton of streaming content, including news, web series, movies and shows. It’s a similar type of selection you see with other services, with a few standout titles plus some good but lesser-known series like The Dresden Files. Browsing will be familiar to anyone with a Netflix account, and Plex does a good job of splitting its large library up into more specific categories for easy browsing. You do, however, need a free account to stream.

Hoopla isn’t available to everyone, instead partnering with some local libraries and schools across the country to provide streaming movies, shows, and audiobooks to their members. You’ll find a similar selection to the above streaming services, but it also has titles I didn’t see in many other channels, like What We Do in the Shadows (seriously, watch it) and Good Will Hunting. It also has a remarkably large selection of family-oriented stuff, from The Pokémon Movie to 13 Going On 30. You’ll need to create a free account, but as long as your local library is supported by Hoopla—you can check when you sign up—you’ll have a pretty big selection to choose from.

If you’ve cut cable TV out of your life, you probably know all about Sling, the pseudo-a-la-carte live TV replacement. But alongside its live channels, Sling has a selection of free streaming content that you can watch without an account. A lot of it is news-based, but you’ll also find a few shows like the 21 Jump Street TV series, Hell’s Kitchen, and Grounded for Life. Sling’s free selection is probably one of the weaker I’ve seen (as most of its notable shows are available on other channels), but it’s worth checking out as you browse.