How to build your own spy kit 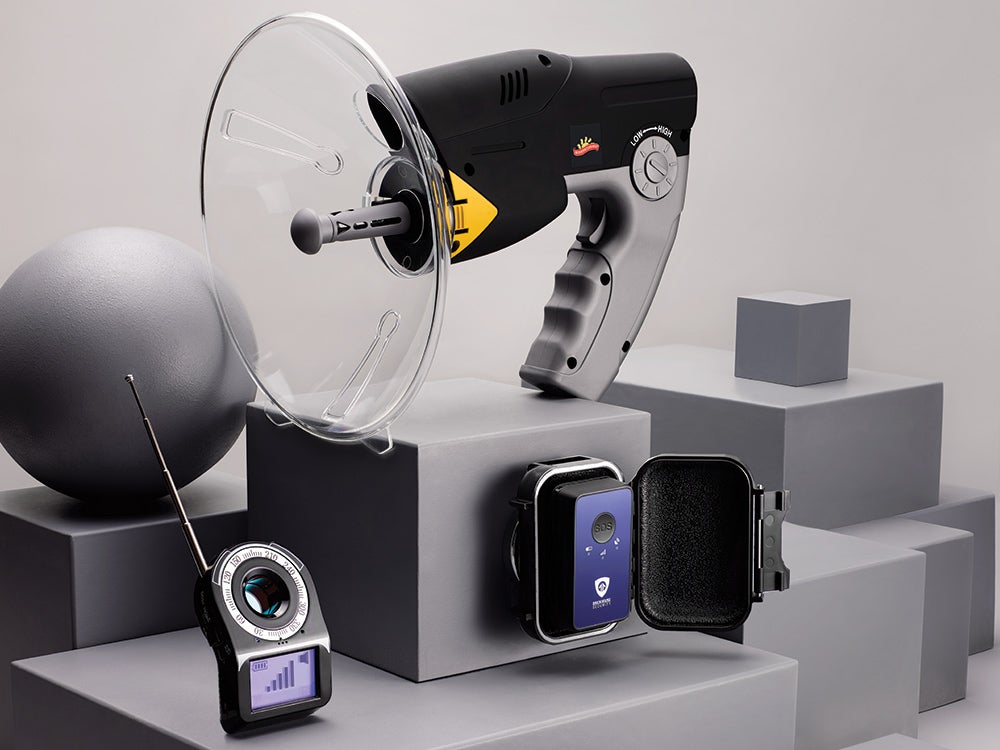 You don’t need Q cranking out Bond-ready watch-lasers to dabble in some small-scale espionage. Whether you’re out to nab the family snack ­burglar who’s been swiping your Cheez-Its, or want to ensure your Airbnb host doesn’t turn you into an unwilling internet video star, these spy tools will help you dig up the dirt you ­desire. But please: Check federal, state, and local laws before going all 007 with this gear.

Point the 8-inch dish on the Scientific Explorer Bionic Ear toward what you want to hear, and it’ll gather and amplify sound waves by funneling them into a central microphone. The ray-gun-style gadget can pick up audio from sources up to 300 feet away, whether it’s an ­opposing dodgeball team crafting their strategy or a songbird singing across the park.

While most house- and ­apartment-share proprietors are upstanding citizens, some major creepsters do plant small, hidden cameras in their rented abodes. The KJB Camera Finder can sweep the space for spies. The beeper-size gizmo shines focused LEDs into the room, causing lenses to appear as bright glints when spied through the red-tinted eyepiece.

If you’re worried about someone grabbing your duffel bag from your gym locker, consider a BrickHouse Security Spark Nano 5.0 GPS Tracker. This battery-powered device will emit a signal for up to two weeks on a single charge. Monitor it via Google Maps, or watch for a text if it moves outside a designated area—just remember, trailing people covertly is a no-no.

The smartphone-powered Flir One camera captures what’s normally invisible to the naked eye: infrared light emitted by heat. In short, it lets you see like a rattlesnake—or the Predator. Use it to catch thieving roommates swiping your food under cover of darkness. Then, once you’re done spying, check your windows for drafty spots that need insulating.