How one New York bartender fused alcohol and marijuana forever 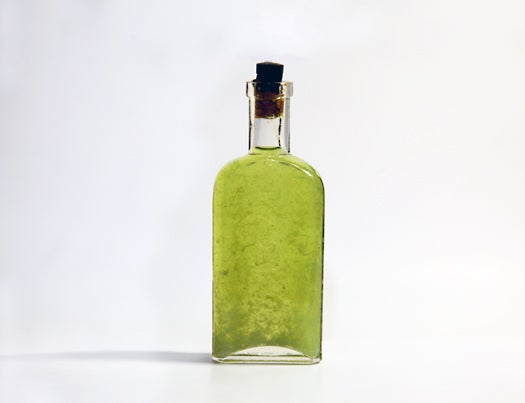 Behind the bars of some of the nation’s finest cocktail joints, there are secrets: secret recipes, secret bottles for friends only. One of these is the Green Dragon drink, a liquor potently infused with marijuana.

There’ve been alcohol-based tinctures of cannabis before, of course — usually seen in turbid brown jars on windowsills, But one prominent New York bartender (I’ll call him Jon) has been responsible for bringing the infusion up to date with modern, artisanal cocktail culture. Jon is a serious, technologically minded craftsman of beverages; he works as a cocktail consultant, and has designed the cocktail programs of more than one Manhattan bar.

He’s refined a method that’s quick, gives precise, predictable results, and reportedly maximizes the delicious herbal flavor of the drug, to provide a civilized sippable for the beverage connoisseur. Jon’s nitrous-powered Green Dragon drink “Just tastes good. We’ve dialed the strength back substantially, not because we can’t make it stronger, but just because people want to be able to drink more of it, because they like it so much.”

Jon can rattle off the exact date when (friend of PopSci) Dave Arnold published on his blog the “game-changing” nitrous infusion technique, a method for rapidly forcing new flavors into liquor using gas pressure inside a whipped-cream charger. And it was not very long at all after that date when Jon first had the notion to apply the technique to cannabis.

“If you don’t want to smoke, you’re left with edibles, but with edibles, there’s no way to dose it. Someone hands you this thing, and you’re like: who made it? how was it made? You eat a half or a quarter of it, and you wait and wait, and you either feel nothing, or you’re destroyed.”

“We’ve dialed the strength back substantially, not because we can’t make it stronger, but just because people want to be able to drink more of it.” But alcohol absorbs through the digestive tract in a faster, much more predictable way than solid edibles–and so does whatever’s dissolved in that alcohol. Hence the precision-infused Green Dragon.

The rapid infusion works–the theory goes–because high pressure forces N2O and alcohol deep into the plant material. Then, when the gas pressure is suddenly released, it causes the nitrous oxide to come out of solution and violently bubble around the bits of plant material, agitating the mixture on a microscopic level.

Traditional infusion in alcohol takes days or weeks, and extracts a broader spectrum of compounds from the plant — not just the more volatile molecules responsible for psychoactive effects and bright, pleasant flavors, but ones that dissolve over time and impart murky flavor and what some call a headachy effect.

“Ten years ago, I had gotten my hands on this ungodly amount of hash. We couldn’t smoke it all. So we started putting it into neutral grain spirit, and it dissolved in, but the thing was, we couldn’t get as high. So we gave up and forgot about it for a week, and meanwhile it sat in the car in the 120° sun for a week. The next time, we took a couple of drops and it destroyed us.”

“What happened? THC [the main active ingredient in cannabis] normally has a carboxyl group that’s attached to it. In order for it to fit into the lock-and-key mechanism of our bodies’ cannabinoid receptors, you have to break off the carboxyl group. That takes 30 years–or heat.”

The carboxyl group starts breaking off as the temperature gets higher, so Jon heats his Dragon as part of the infusing process. Toasting the cannabis before infusing can drive off some of the delicate aromatics, giving it a cooked flavor, and also runs the risk of vaporizing the THC itself. So Jon heats his only to 100°C (212°F), which gives the infusion a delicate flavor and just the strength he wants, no more. 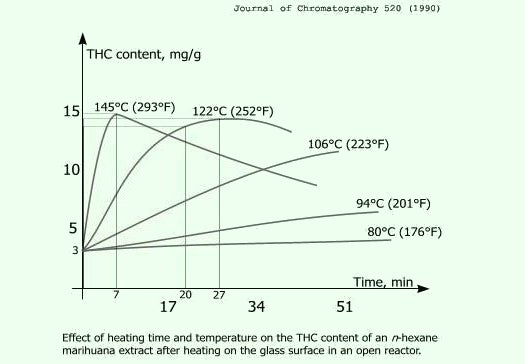 “You can dial in the recipe to know exactly how many grams you’re getting per serving.”

The effect of the drug should remain steady for about four hours. One to one-and-a-half ounces is what Jon considers a single serving; six ounces is his maximum imaginable dose.

Here’s how Jon does it: 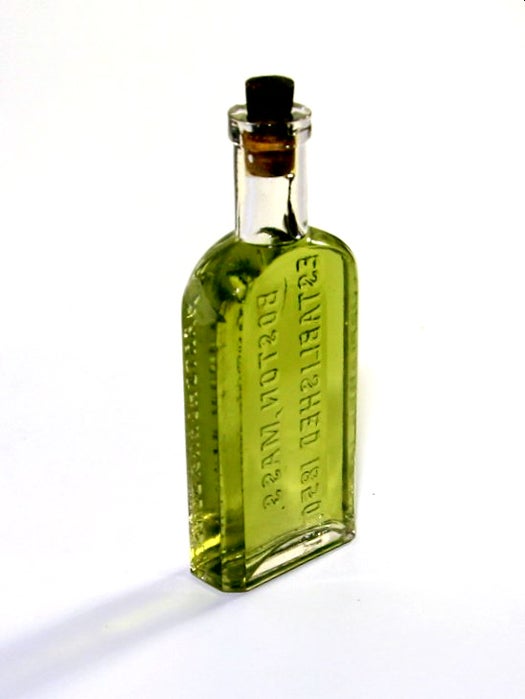 Jon developed his recipe using mezcal, whose smokiness complements the herbal flavor of the drug. And mezcal has another advantage — its innate low pH keeps the color of the infusion vivid green, while more alkaline liquors let it become dingier. But other bartenders have perfected their own preferred recipes. A New Orleans bartender uses cognac; one in Seattle makes it with gin to which he adds a little green Chartreuse, and creates a heady variation on the Last Word cocktail (equal parts gin, green Chartreuse, maraschino liqueur, and lime juice) called the Last Dragon.

“It’s not on the menu. No one is selling it. You can’t ask for it. But if you’re a regular, an insider, your bartender just might pull out a bottle and offer you a taste.”

NOTE: Neither the author nor Popular Science advocate the use of illegal intoxicants.