You should not drink human blood. It will not keep you young. 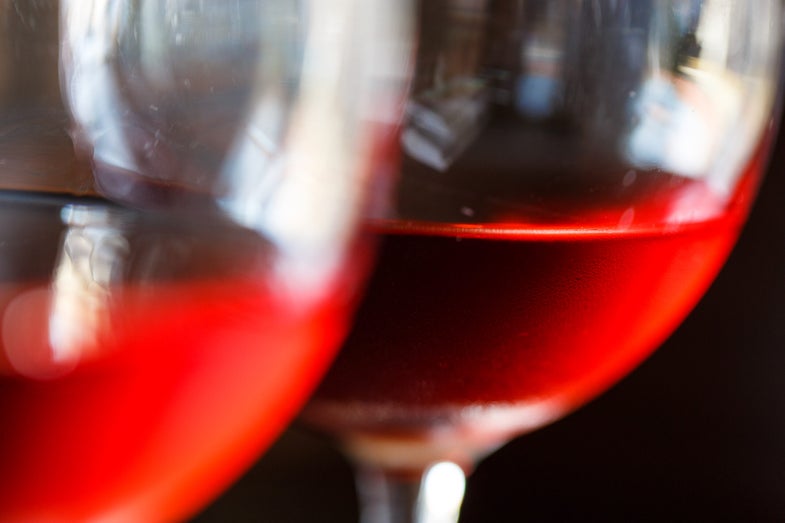 Does a new study suggest the old drink the blood of the young? Not even a little. DepositPhotos
SHARE

A recent study inspired headlines and tweets the likes of “drinking young people’s blood could help you live longer and prevent age-related diseases.” We at Popular Science would rather you not do that. Here are several arguments against drinking human blood.

For starters, a lot of blood you’ll encounter on the street carries some kind of pathogen. Drinking infected blood is a great way to get your very own infection. And unlike animals who’ve evolved to live on blood, humans can actually wind up with iron overdoses if they overindulge.

There are people feel compelled to drink the blood of others, and even follow rules to make sure they’re doing it safely and consensually. Some of the people who do this feel they have a genuine medical condition that is improved through the drinking of blood, but it’s important that you discuss these symptoms and feelings with your physician. And you definitely shouldn’t just take a shot of the first blood you’re offered.

Research is sorely needed to determine whether clinical vampires suffer from a medical ailment, psychosomatic symptoms, mental illness, or some combination of the three. Many say that they would happily switch to more socially acceptable supplements if they worked as well.

A couple of years ago, police in Bucks County, PA picked up a man carrying a vial of red liquid. It turned out to contain the blood of someone who’d taken fentanyl—meant for later injection into the veins of another drug user. Its street name? BLOOD. Don’t do BLOOD, kids.

There are so many other bloods to consume!

If you’re really hankering for some blood, at least consider trying non-human types first. It’s a great source of protein. You can cure it into sausages, thicken it into sauces or soups, or even slap it into a pancake.

Like all animal products, blood can carry diseases and grow harmful bacteria if stored improperly, so it’s important that you use the same discretion you would in buying a piece of meat (don’t just go tearing into raw squirrels, and please, please don’t eat your own blood.) Ask your local butcher where you can get some of that sweet, sweet blood!

You may now be asking yourself why scientists are running around suggesting we drink the blood of our young. Well, rest assured: they are not doing that. In a review letter in the journal Nature titled “Facing up to the global challenges of aging,” researchers focused on a very real and pressing topic: the fact that people are generally living longer, but aren’t necessarily having a great time of it. As the big ol’ baby boom generation approaches old age, we must increasingly find ways to keep our elderly healthy instead of just keeping them around. Led by Linda Partridge of University College London, the team spitballs on various problems faced by our aging planet and how we might best confront them.

One of the many aspects of aging research the authors mention: studies in which the injection of blood plasma proteins from human umbilical cords prevented cognitive decline in mice.

As the fact checking site Snopes points out, some less-than-reputable publications decided to tie this in with (unpublished, and therefore totally unverifiable) research by Ambrosia LLC, an anti-aging startup backed by Silicon Valley Vamp Peter Thiel. Here is the state of the science: some very early-stage animal studies suggest mammals may reap some kind of benefit from the infusion of certain types of proteins found in young blood. Ambrosia claims to have made progress to this end in human trials; but because they have not shared their data with the scientific community, their reports are extremely suspect. It’s fair to assume they’re not as far along as they’d like their investors to believe.

Yes, headlines and tweets are designed to make you click. We at Popular Science just love making you click. But an unscrupulous headline can go too far by… uh… promoting vampirism.