Confirmed: Enceladus Has A Global Ocean

Another reason to look for alien life there 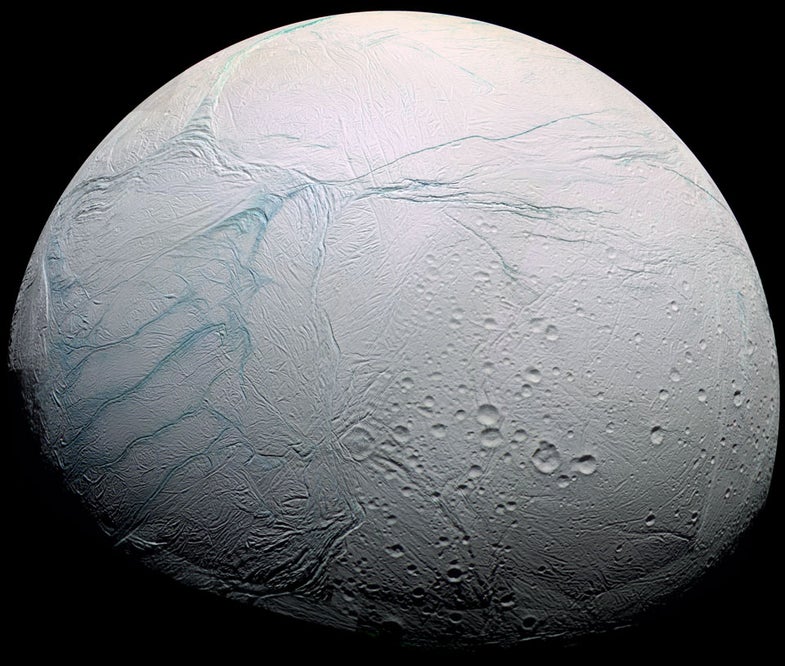 Saturn’s 300-mile-wide moon Enceladus is stretched and squeezed by gravitational interaction with its neighbors. The resulting friction heats its interior, and may power a system of hydrothermal vents below its south pole; such vents would be natural homes to rock-breathing microbes. Cassini Imaging Team, SSI, JPL, ESA, NASA
SHARE

Enceladus is not the block of ice that scientists once thought it was. The Saturnian moon spouts giant plumes of water vapor from its southern pole, and gravity data indicate it likely harbors a liquid ocean beneath its surface, warmed by the friction of Saturn’s gravity deforming the moon’s rocky core.

Until now, scientists weren’t sure how big that subsurface ocean might be. Now NASA’s Cassini spacecraft has come back with an answer: Enceladus has a global ocean encircling its entire core.

The confirmation comes from studying the moon’s wobble. Enceladus moves slightly faster and slightly slower in different parts of its orbit around Saturn, so it rocks back and forth as it goes. If the moon were completely solid, it wouldn’t wobble nearly as much as it does. Models of Enceladus’ interior indicate that it must have a layer of liquid in between the surface and the core.

“This was a hard problem that required years of observations, and calculations involving a diverse collection of disciplines, but we are confident we finally got it right,” said Peter Thomas, a Cassini imaging team member and lead author of the paper, which appeared in the journal Icarus.

Enceladus is considered to be one of the top spots to look for life in our solar system, and the new findings certainly don’t hurt its case. It’s possible that Enceladus’ ocean is bubbling out through its geysers, just waiting for a spacecraft to swoop in and sample it to find out what might be lurking inside. 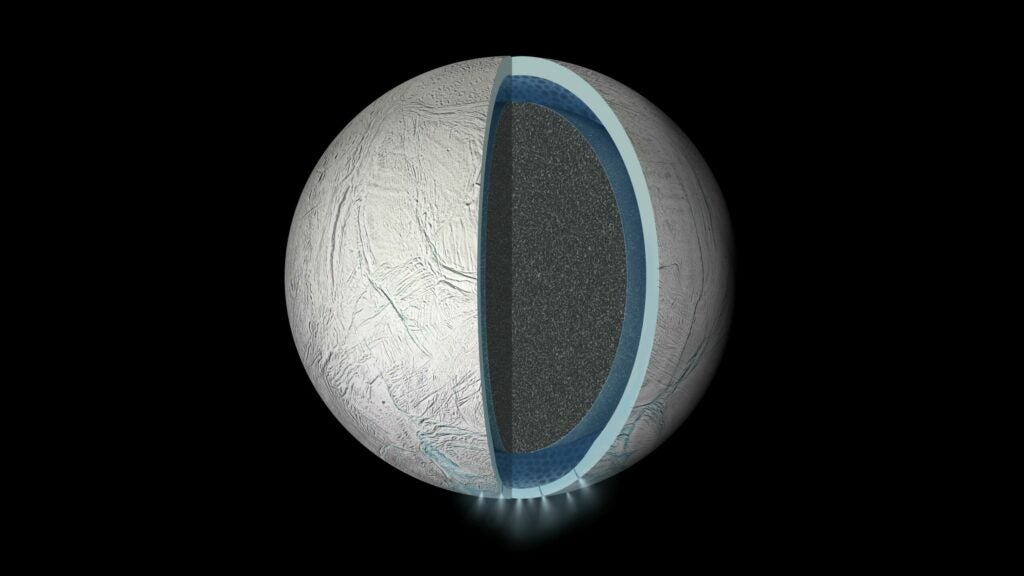