Saturn’s Moon Enceladus Has A Tentacle

Fitting, since it also has a water ocean, too 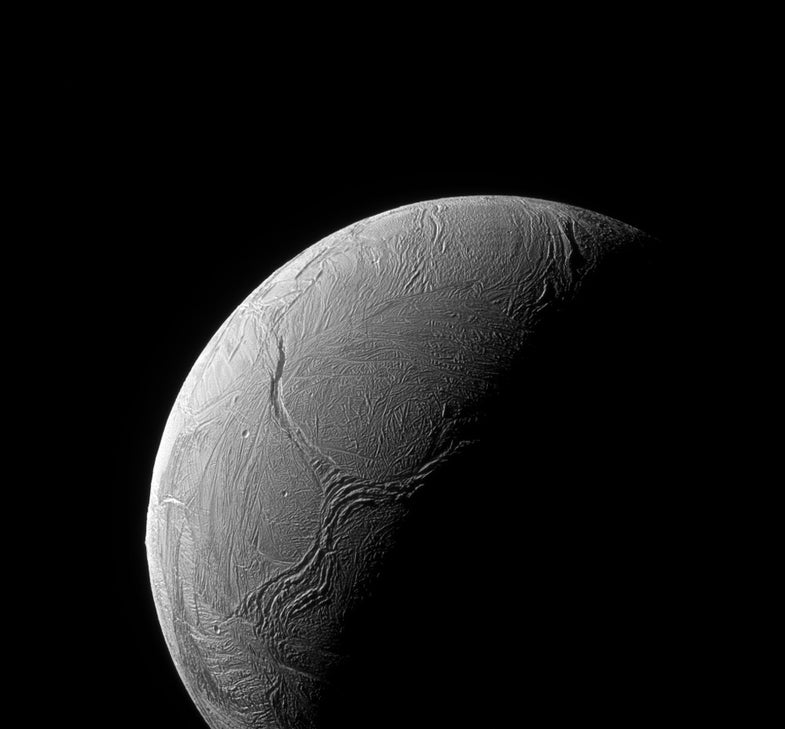 The big-ass tentacle was spotted on Enceladus's south pole by NASA's Cassini probe, and is thought to be formed by surface material trying to push north. NASA/JPL-Caltech/Space Science Institute
SHARE

Enceladus has a lot going for it. Not only is it Saturn’s sixth-largest moon, and not only does it have an ocean below its surface that may harbor life, but it also has a big-ass tentacle running across its south pole, according to a newly released image captured by NASA’s Cassini probe. This “Y-shaped discontinuity” is thought to have been formed by material from the moon’s surface pushing northward. Let’s hope that’s all it was (and not, say, an Old One * gulp *).