What is this, a school for drones? 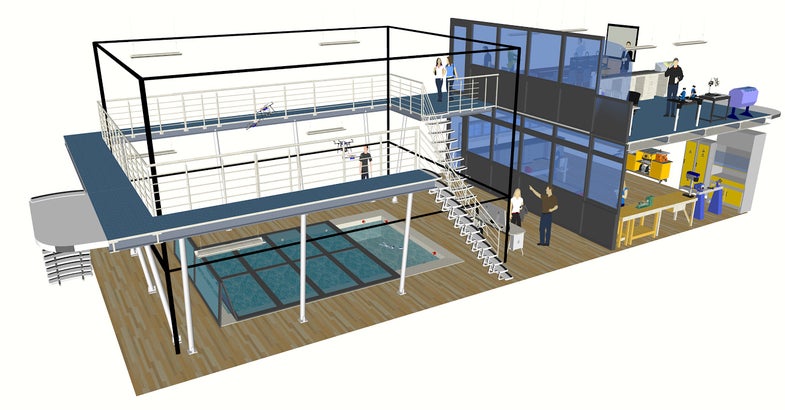 In early 2016, the Imperial College of London will begin construction on a school for the future. The academy’s attending students? Drones. After careful assembly by engineers, the school’s robots will fly and swim while 16 high speed 3-D cameras track their movements in the air and a further eight watch their actions underwater.

Funded by a donation from Imperial College alumnus and private equity CEO Brahmal Vasudevan, the Aerial Robotics Lab might just shape the future of flying and swimming hybrid robots. From the Imperial College:

Including a pool to test drones in water is an excellent addition, not just for an island nation like the United Kingdom, but for the overall future of drones. The Iranian-designed Pars lifeguard drone is one that works on the edge of land and sea, and with the company’s relocation to London they could certainly take advantage of a dual testing facility. While a full production version of the floating, sonar-carrying Pescadaero might not fit in the Imperial College’s new lab, the concept could be tested there in miniature form. Plus, simply having the facilities available means future drone designers aren’t trapped into thinking of drones as only land or air or sea creatures.

With enough creativity, hybrid rescue robot concepts like this snakebot-quadcopter fusion might even add a fish-like component to their Voltron’d super-organism.