Can it be too cold to snow?

No, but you're on to something. 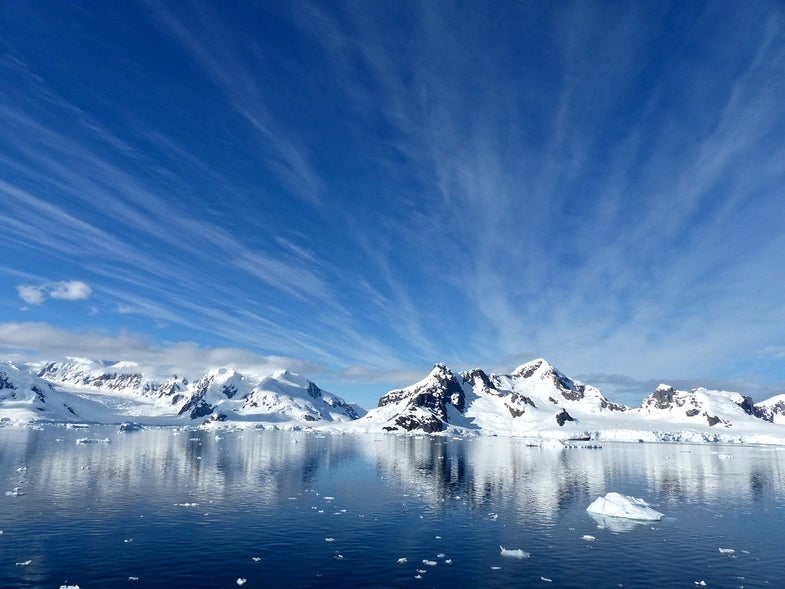 All anyone can talk about this week is the weather. Wind chill advisories have been issued for most of the midwestern United States. Snow fell in Florida. And the PopSci offices have been transformed into a treacherous snow globe as a so-called “bomb cyclone” whallops New York City with snow.

As we sit here shivering and typing (and typing and shivering) we can’t help but wonder: Will it eventually get too cold to snow?

Mark Serreze of the National Snow and Ice Data Center is the person to ask. He and his colleagues study the “cryosphere,” which literally means cold world. They’re interested in the wily ways of water—but only when it’s frozen. Serreze says that, technically speaking, anything under 32 degrees Fahrenheit is conducive to snowfall. But, he says, there’s “some truth” to the idea that it can be too cold to snow. That’s because as the thermostat drops, it can take the moisture in the air with it, reducing the chance that precipitation of any kind can develop.

Snow is made with a relatively simple recipe. All it takes is water vapor, cloud condensation nuclei, and an uplift mechanism. This week, the Eastern seaboard has had all the ingredients. Cloud condensation nuclei are almost always bopping around, looking to help water vapor condensate and form a liquid. And there’s been a lot of water vapor in the air as a wet, warm storm has been pushing up from the Atlantic for days. But instead of warming the coast, that sea breeze has bumped right into a front of cold air coming down from the Arctic. As the two fronts collide, the warm air is forced on top of the cold air, granting the gales the uplift mechanism they need to become a full blown snowstorm. So long as dueling squalls continue their frigid tango, meteorologists predict everywhere from Maine to Florida can expect the chilly conditions to continue.

If just one part of this icy equation changed, however, the snow could stop—even if the temperature stayed low. While it’s not likely to happen in New York anytime soon, a snowless winter is playing out on Antarctica most of the time.

Our foreboding forgotten continent is famous for its ice cover. Antarctica is, on average, the coldest and windiest place on Earth. Crucially, it’s also one of the driest. “In Antarctica, it’s so darn cold the atmosphere can hold very little water vapor, and precipitation rates are low,” Serreze marvels. “A couple inches [of precipitation] a year. A couple inches a year, that’s it—in the interior of Antarctica.” Thanks to the interior’s extreme cold and “continentality” (Antarctica is sizable enough that much of the landmass is far removed from a source of water), the region gets so little rain or snowfall it’s formally classified as a desert.

On the rare occasions when it does snow, however, the powder is certain to stick, “You’ve got this tremendous ice sheet there. Something like 70 meters of sea level locked up in Antarctica,” Serreze says. “That’s because the precipitation still builds up, year after year, over thousands and thousands of years.”

In short, no, it can’t be too cold to snow, but it can definitely be too dry. It just so happens that cold air is generally drier, so snow tends to fall at moist and middling temperatures. But whatever balance Mother Nature strikes is up to her. “You need both warm and cold—that’s the funny thing here—if you want to have a snowstorm,” Serreze says.

A previous version of this story said there were 17 meters of sea level locked up in Antarctica. The number is actually 70 meters. This has been corrected.