How California is saving rainwater for a sunny day 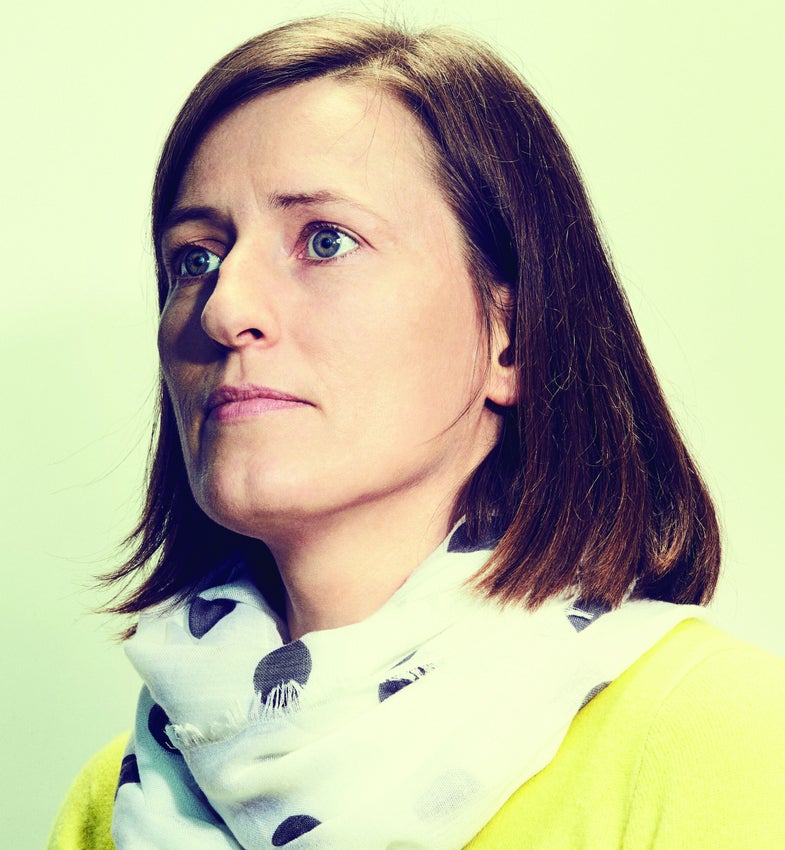 Outside the window of Helen Dahlke’s office, at the University of California at Davis, the clouds hang low, their edges seeming to brush against the building. It’s raining intensely, an unusual event in a perpetually parched state suffering from a five-year drought. “It looks like the end of the world,” says Dahlke happily.

As a hydrologist and professor who studies how water flows over and through rock, soil, fields, and farms, she is something of an H2O whiz. For the past two years, Dahlke has spent days like this doing what water conservationists might find abhorrent: standing in the rain, in knee-high rubber boots, opening sprinklers on a dormant farm or orchard, and letting them spray. She’s good at it. She can spray about 45 million gallons in 42 days.

She admits: “I was always fascinated by water as a child. I always liked to play with it.” Dahlke’s sprinkler-play could change the way California thinks about its weather and how we all save water. Her floods aim to find out if humans can target and replenish drought-depleted aquifers—the deep permeable rock that holds our farming and drinking water—by harnessing the winter rainy season.

It’s a particularly poignant question this year, when winter storms sent as much as 350 billion gallons into California reservoirs. Officials had to literally open floodgates and send the excess downriver, and eventually into the sea. That’s like burning money. And we’ve been burning it for a very long time.

Since the 1930s, California has lost 100 million acre-feet of groundwater, according to Dahlke, who has helped solve water problems in Ethiopia, South Africa, and Sweden. A native of Leipzig, Germany, she was amazed to learn this figure. “One acre-foot of water is a soccer field covered with a foot of water,” she says, pausing to let that visual sink in. “So imagine 100 million soccer fields of water.”

Dahlke and others now want to bank those soccer fields by diverting them to many of the state’s 4 million acres of dormant winter farmland and orchards—using the exact same irrigation pipes and sprinkler systems that ­already feed them in summer—saving the water, in effect, to pump back up on a sunny day.

Following one of her deliberate floods, Dahlke deploys ground-penetrating radar, ­remote sensors, and field chemistry kits to measure such things as how much ­water reaches the aquifer, how well plants and trees handle the deluge, and how much ­fertilizer leaches into the groundwater. She also ­measures whether yields are affected. Her three-year pilot study, begun in 2014 and the largest of its kind, aims to calm farmers fearful of crop damage and health officials fretting over potential groundwater contamination.

So far, among the many things Dahlke has found: Ninety percent of her floodwaters reach the groundwater table; in the right soil, alfalfa can handle the equivalent of 26 feet of rain; and pecan trees, which, she says, “naturally grow in riparian [riverbank] soils, are well-adapted to having wet feet in winter.”

Next under Dahlke’s rubber boots: further work in almond orchards, where she and her team will monitor root growth and tree hydration. “I just hope we don’t kill any trees,” she says. At the very least, she’ll be having fun soaking the place. “When it’s raining, there’s so much happening,” she explains. “It’s a natural system. And it’s just fascinating.”

Thanks to her fascination, we might soon be saving rainy days for dry.

This article was originally published in the March/April 2017 issue of Popular Science, under the title “The Water Banker.”