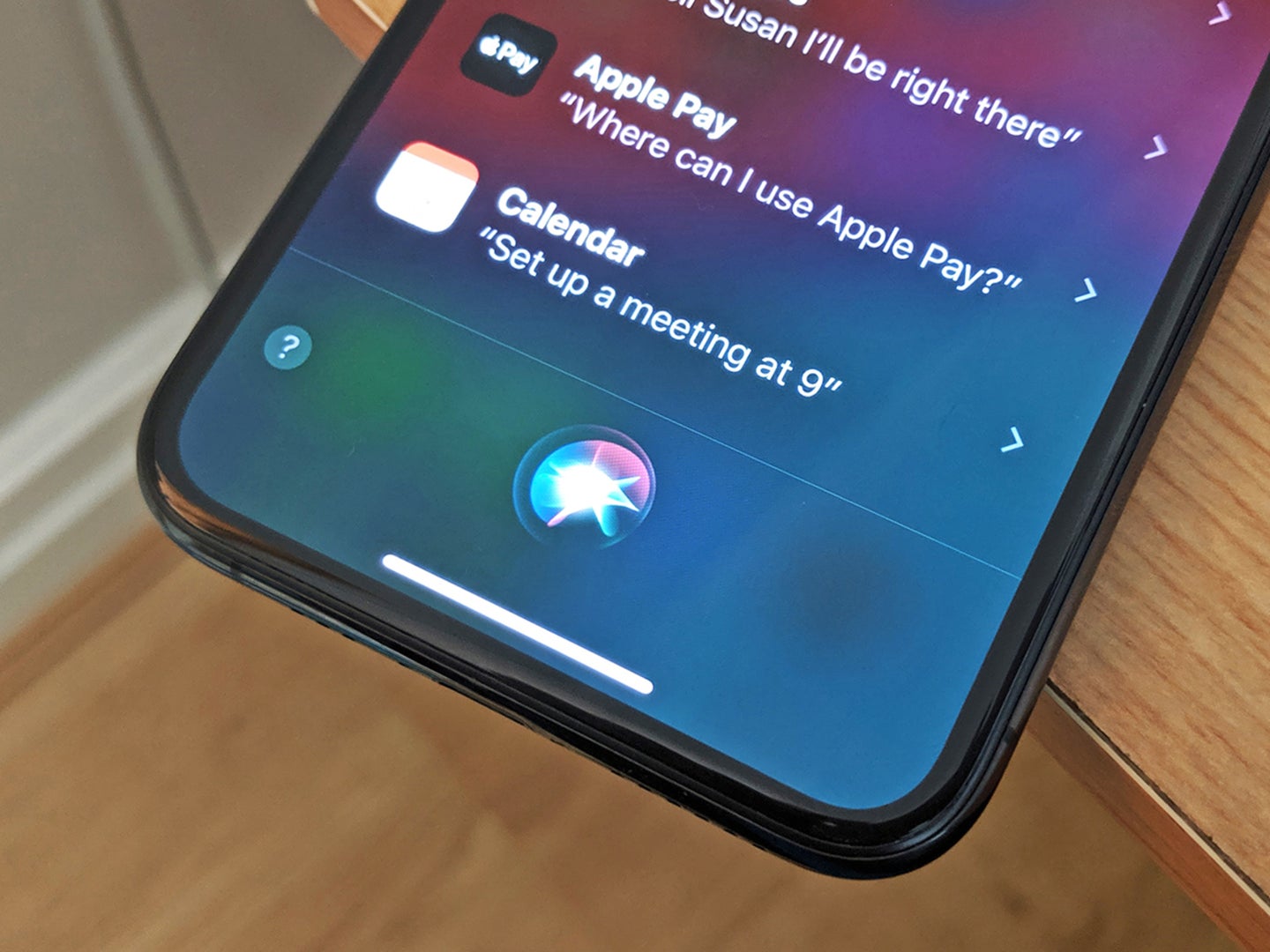 Hey Siri, just… keep it down, will you?. David Nield
SHARE

This story has been updated. It was originally published on September 25, 2019.

Maybe it’s a Monday morning and you’re waiting for the train with your coffee in one hand and your phone in the other. Maybe it’s one of those mornings when you need a little help getting to work, so you softly whisper to your phone, “Hey Google, show me GIFs of cute puppies,” only to have your Google Assistant shout the results for everyone on the platform to hear. Great, now the awkward, crowded train is going to be even more awkward.

Or maybe it’s a Sunday and your extended family reunion is getting to that point where political conversation is inevitable, so you start to plan your exit strategy. But then Alexa snitches on you checking the traffic for your imminent disappearance, and your mom hears it, and now you’re stuck there until everyone leaves and you’ll most likely also have to do the dishes. Thanks a lot, Alexa.

Many of us are now used to calling out questions and requests to our phones or smart speakers, but this isn’t always possible everywhere we go. If you don’t want your smart assistants blaring out their responses to you, you can change their behavior to get them to show results silently on a speaker, a phone, or a computer screen.

If you want to speak out your requests and commands but get a silent response, open up the Assistant app on Android (this feature hasn’t made it to iOS yet), tap your profile picture (top right), then Settings > Google Assistant > Assistant Voice & Sounds. Under Speech output, tap Phone and change the option to Hands-free only.

With this setting enabled, the Assistant won’t talk back to you unless you’re connected to your phone with a hands-free headset (in the car, for example). You can use this option if you’re happy to speak (or whisper) your commands, but you’re not sure what the reply might be, or how loud.

As you might expect, you can’t quiet down the Assistant on a Google Home speaker, because there’s no other output option except for it to talk back. If you have a Google Nest smart display, you can’t turn off voice responses, either, but you can turn them down. Pick the device from the Google Home app on your phone, tap the cog icon, then select Night mode to turn it on. There’s also the option to use the physical volume switches on these devices, or adjust the volume through the Google Home app.

And finally, if you’re using the Assistant on Chromebook, the app will follow your lead—there’s no way to change this behavior at the moment. If you type your responses in the app, you’ll get a silent response, but if you ask something with your voice, the Assistant will reply out loud.

When it comes to interacting with Siri, you’re probably used to calling out commands and questions with your voice, but it is actually possible to type your requests as well. You can enable this in iOS by going into Settings, then choosing Accessibility > Siri, and enabling Type to Siri.

This doesn’t actually change the voice feedback setting, though. To do this, find the Spoken Responses heading and choose either When Silent Mode is Off or Only with “Hey Siri”. Select the former, and Siri will remain quiet until you disable silent mode; select the latter and the assistant will only speak to you if you speak to it. (You can also get to these options from Siri & Search > Siri Responses in Settings.)

On macOS, you can mute your computer if you don’t want Siri to talk back to you, or you can type to Siri as you can on your phone. Open System Preferences from the Apple menu, then pick Accessibility, Siri, and check the Enable Type to Siri box.

This will let you type out your requests, but it won’t mute Siri’s replies. To do that, open System Preferences and choose Siri. Then, next to Voice Feedback, select Off. Siri will no longer audibly reply, whether you speak or type instructions.

If you’ve got a Series 3 Apple Watch or later, you can turn Siri’s spoken responses on and off from the watch itself. Open Settings, then choose Siri and select either Control With Silent Mode or Headphones Only. These work like the iPhone options, where Siri will only speak if your watch is not silent or you’re wearing headphones, respectively.

The only other device Siri lives on is the discontinued Apple HomePod and its surviving spawn, the HomePod mini, but as these have no display and no other way of communicating with you, there’s currently no option to turn off voice feedback.

Amazon Alexa primarily lives inside Amazon Echo speakers, and if you’re using an Echo without a display, you can’t disable Alexa’s spoken responses. You can, if you want, lower the volume of the speaker, using the device’s physical buttons or selecting it from the Devices screen in the Alexa app on your phone.

What Alexa does have is a whisper mode, which can come in handy late at night or at other times when you don’t want the smart assistant talking at a normal volume. From the Alexa app on your phone, open the menu (three lines, bottom right), then choose Settings, and under Alexa preferences choose Voice Responses and toggle the switch next to Whisper mode. If you prefer, you can just say “Alexa, turn on whisper mode,” when you’re within range of your smart speaker.

[Related: Alexa can now notify you of Amazon sales 24 hours in advance]

You’ll also see a Brief Mode on the same settings screen. When enabled, Alexa will be less chatty and will respond to some commands (such as a request to change the brightness of some smart lights) with a sound rather than spoken words.

Even though most of Alexa’s responses can be shown, rather than said, when a screen is involved, there’s no way to disable voice feedback at the moment. The options are the same if you’ve got an Echo with a display. In this case, your only choice is to adjust the volume by using the physical buttons or the app.

Microsoft has mostly moved away from Cortana, but you may still have it on one of your devices. Unfortunately, your options for controlling its voice are rather limited. You’re most likely to come across Cortana on a Windows computer, and there’s nothing much you can do beyond simply muting your computer completely.

If you talk to Cortana, it will talk back to you, and there’s not an option to change that. The smart assistant also lacks an option to type out requests, but you can get replies to some questions—like the time of day in various cities, or sports scores—by just typing them into the Windows search box on your taskbar. In that case, though, you’re querying Bing, not Cortana.