A site steeped in history is now a rough-and-tumble test track for luxury cars. 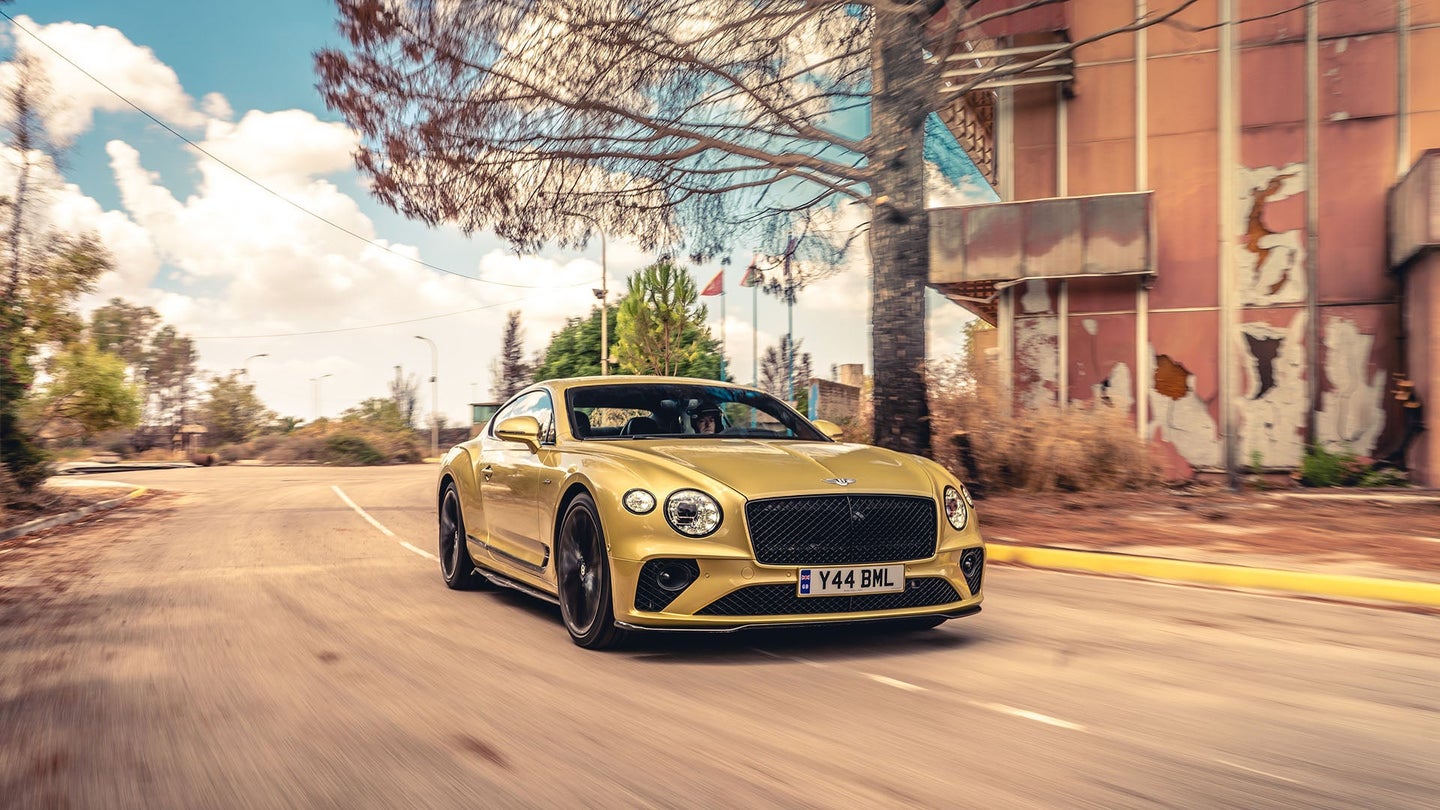 Bentley seized an opportunity to turn a 90-year-old air base in Italy "reclaimed by nature" into a rugged test track. Mark Fagelson Photography/Bentley
SHARE

This story originally published on The Drive.

Having worked a short six months in public relations, I know a little bit about the challenges of hosting an in-person automotive drive event. What I cannot fathom is organizing one internationally and that involves an abandoned air base in Sicily, Italy. But this is exactly what Bentley did during its recent media preview event for the 2022 Bentley Continental GT Speed.

Normally, we try not to make a big deal out of media preview events for you guys here at The Drive. Oftentimes, it’s boring stuff and far too inside-baseball for anyone outside of the automotive media industry to care about. But Bentley’s event was held, in part, at the Comiso Air Base near the southern tip of the island. The air base is located just south of the Comiso Airport runway, but unlike the airport—which runs and functions perfectly well—the base itself was abandoned in the late ’90s. So it made for a pretty spectacularly cool place to visit and drive through.

Bentley didn’t say anything about where we were going that afternoon, so I 100 percent thought I had taken a wrong turn when the test car’s navigation guided me down a road that dead-ended at a police booth. But instead of shooing me away, the officer waved me through the gate, where, inside, Bentley signage awaited, pointing me in the right direction.

Comiso Air Base started life as Magliocco Aerodromo and was built between 1935 and 1939. Because of Italy’s alliance with the Axis powers during World War II—and because of Magliocco Aerodromo’s advantageous Sicilian location—the German Luftwaffe used the base from 1941 until the Allies bombed it successfully on May 26 and June 17, 1943.

On July 11, 1943, Allied forces captured the base. They fixed up its runway and resumed operations out of it under the USAAF Twelfth Air Force. The base was used for three squadrons of Spitfires under Great Britain’s Royal Air Force, and supported airborne and assault glider operations as well. This lasted all the way up until the end of the war. You can see wartime photos of the base here.

Postwar, Magliocco’s facilities and airfield suffered obsolescence until 1954, when the main runway was extended so that Italian airline Alitalia could start flying commercially off of it until the Cold War.

On August 7, 1981, the base became Europe’s second-most prominent operations center for the BGM-109G Ground Launched Cruise Missile—nuclear-armed weapons that played a key role in NATO’s defense against the Soviet Union’s potential use of its own nukes. When the United States and its cruise missiles arrived, major construction started at the base. They removed the bombed-out and ruined buildings and also carefully disposed of unexploded bombs leftover from WWII. The first stage of the new base finished on August 13, 1982, and was renamed the Comiso Air Station in May of 1983.

From then until 1991, the base saw the addition of living quarters and other communal structures that made it as real a little town as any. During my drive around the compound, I passed condos, a supermarket, a gas station, a high school, a fire station, and even a community pool. Things I didn’t see included a sports center, clinic, and chapel. At its height, around 2,000 military service members and their families resided on the one-million-square-meter base.

As the biggest NATO base in southern Europe, Comiso Air Base had seven concrete bunkers in which were kept 112 BCM-109G GLCMs. So you can imagine security there was pretty tight. After the Intermediate-range Nuclear Force Treaty was signed in 1987, an April 10, 1989, story in The Washington Post wondered what would become of the expensive base whose purpose was suddenly extinguished. Nothing, as it turned out, and the base closed on June 30, 1991. (You might be interested to learn that after withdrawing from the INF Treaty in 2019, the U.S. military began testing a ground-launched BGM-109 Tomahawk land attack missile.)

Comiso Air Base saw relatively little use in the subsequent years, though it was used as a temporary settlement for 5,000 Kosovo refugees during the Yugoslav Wars.

Today, the main runway and the northern section of the base function as the working airport for the Catania region of Sicily. Anything south of that runway has lain abandoned since the late ’90s. It’s overgrown and forlorn.

And then came Bentley.

Enjoy the rest of the story and photographic tour over at The Drive.