How the modern braking system came to be 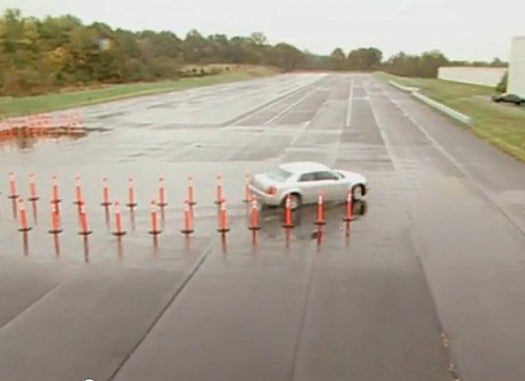 Like many of the lessons taught in driver-education classes in days of yore, the exhortation to “pump the brakes” when skidding on a slick or snowy road wasn’t entirely correct. The problem that this technique was supposed to address was brake lockup. Although it may seem counterintuitive, a locked wheel, i.e. a wheel that isn’t turning, doesn’t stop nearly as effectively as one that’s turning slowly. Also, if the tires are skidding, you lose all directional control, which means that you can no longer can steer the car. So Job One, when confronted with locked wheels, is to release the brake to allow the tires to start turning again. Only then do you reapply the brake. Although this sounds vaguely like pumping the brakes, the technique is far more subtle and requires a much more delicate touch.

Of course, nobody talks about pumping the brakes anymore because modern cars are equipped with anti-lock braking system. ABS units automatically apply and release the brakes a dozen times or more a second, causing the signature shudder in the brake pedal when they’re engaged. If your car is equipped with ABS, the correct response to an emergency is to stand on the brake pedal as hard as you can. In controlled situations – on a racetrack, for example – a skilled driver can often stop more quickly using a technique known as threshold braking. But in a panic situation, it’s safer simply to bury the brakes and let the ABS sort things out. Not only will this prevent the car from skidding, but it will also allow it to turn, which means you can steer to avoid obstacles.

Like so many other forms of automotive technology, anti-skid braking was pioneered by the aviation industry. In the 1950s, mechanical systems began appearing in appreciable numbers in airplanes, where the systems were lifesavers during high-speed and short-runway landings. In the early 1970s, Chrysler, Ford and General Motors brought out the first generation of automotive ABS units. In the beginning, they were fitted primarily to high-end models – Imperials, Continentals, Caddys and so on. But they gradually filtered down to less exclusive cars, and they’re now standard equipment on virtually every passenger vehicle on the road.

ABS systems incorporate four basic components – wheel sensors, valves, pumps and electronic control units. When the sensors detect lockup, the ECU activates the pump and increases or restricts the flow of hydraulic fluid through the valves to the brake calipers. Here’s an excellent promotional video from Bosch:

Pretty straightforward, when you think about it. And smart engineers quickly realized that the same basic technology could be applied to other handling issues. Take wheelspin caused by abrupt acceleration. When the sensors detect one or two wheels spinning faster than the others, the ECU can increase brake pressure – or reduce spark to the engine – to bring traction under control.

Traction control was popularized in the ’80s and ’90s. It inevitably led to more sophisticated systems that dealt with the loss of directional stability prompted by, say, turning too fast into a corner or inadvertently throwing the car into a skid when trying to avoid an obstacle. Electronic stability control is now so effective that it’s been banned from almost all forms of racing. Here’s an Insurance Institute of Highway Safety take on ESC:

Among enthusiasts, stability control is often derided as a hated symbol of the nanny state, mandated primarily to take the fun out of driving. So techniques to turn off the stability control are exchanged on online forums like methods of jailbreaking iPhones among hackers.

As with anything of this nature, your mileage may vary. Not that defeating the stability control will void the car’s warranty. But the health of the car’s occupants are another matter altogether.