For those who want the flexibility and power of a Subaru, but just a bit more ritzy 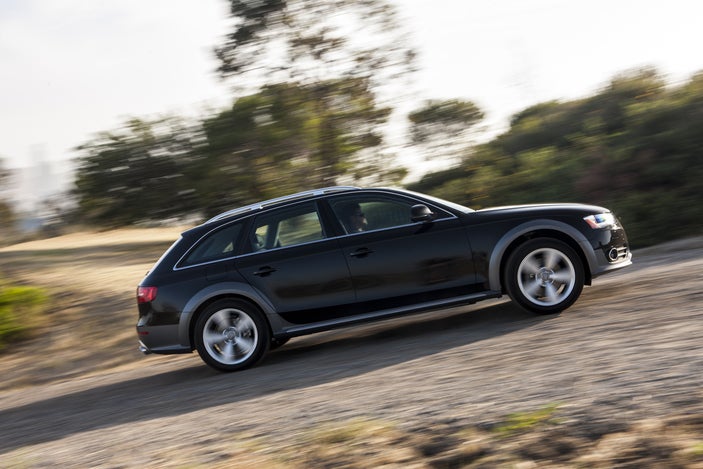 For those who want something more active than a wagon but smaller than a SUV, there aren’t a lot of choices. There’s the Subaru Outback and the Volvo XC, and, well, that’s pretty much it. While the Subaru is a great all-arounder and gives off an insouciant LL Bean Nor’eastern vibe, sometimes the consumer wants more luxury than a Subie. Which brings us to the Audi Allroad, Audi’s all new for 2013 A4-derived sport wagon. The Allroad, which was last on sale in the States in the mid-2000s, combines, Audi says, “what premium buyers are looking for in a capacious and rugged crossover with the refinement of an executive sedan.” Sure. Why not.

While this is an all-new for 2013 model, it’s built on the latest A4 platform and powered by Audi’s tried-and-true 2.0 TFSI turbocharged, direct-injected, four-cylinder engine that produces 211 hp and 258 lb-ft of torque, and is mated to an eight-speed automatic transmission. Audi has supersized the Allroad’s proportions from the A4 Avant; the Allroad is half an inch wider and about an inch and a half higher, giving it 7.1 inches of ground clearance. That should be tall enough whatever is thrown at most suburban dwellers.

The Allroad has a taller profile as well, with a 58″ height augmented by standard 18-inch wheels. While you can option 19-inch wheels and tires, these are all-season sports tires and you’ll lose some of the Allroad’s off-road raison d’etre. Audi added some attractive exterior cladding in the form of matte-finished lower bumpers and wheel arches, a new grille, stainless steel skid plates and side sills as well as contrasting body trim and aluminum raised roof rails, which all contribute to the Allroad’s outdoorsiness.

If you’ve spent anytime behind the wheel of an A4 Avant, you know what you’re getting into. The turbocharged four-banger is perfectly adequate for the Allroad and, mated to the eight-speed automatic, delivers great gas mileage–20 city, 27 highway–for a wagon with a 3,891-pound curb weight. The Allroad has a new electromechanical steering system that saves weight, improves fuel economy and gives the vehicle a firm and not-too-ponderous drive. There’s an acceptable amount of feedback in the wheel, which is what you want in a comfy daily driver. Also, like an Audi should be, the driver can feel free to mash the gas–the Allroad pushes you along from 0-60 in 6.5 seconds, again not too shabby for a big vehicle. Inclement weather is where the Allroad shines, with full time Quattro all-wheel drive and the raised command position, the Allroad feels a lot more like a shorter Q5 than a taller A4. 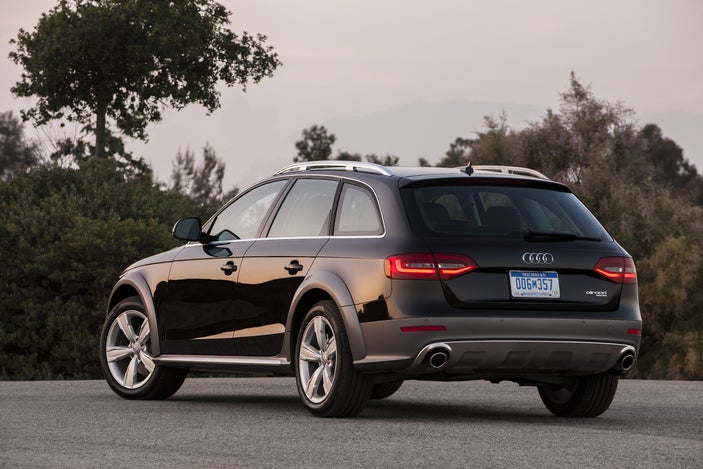 The Allroad is new for 2013, and the model it is based on, the A4, was just refreshed for the model year. We like the interior, an improvement for Audi, with a utilitarian yet luxe feel to it. Opt for the Audi Connect system, which turns the car into a Wi-Fi hot spot and has all kinds of Google search connectivity baked into the system. We especially like the new exterior of the Allroad, which is an experiment in body cladding gone right. For an experiment in body cladding gone wrong, see the 2001-2005 Pontiac Aztek.

Like a lot of German cars, we wish most of the options were standard. When spending close to $40,000 on a family car, we think it should come with a backup camera and power liftgate standard. Also, Audi, for those of us who enjoy a sportier drive, where’s the DSG?

The Allroad starts at $39,600 for the Premium, $42,900 for the Premium Plus and $48,800 for the Prestige. That said, with options, the Allroad starts to get mighty expensive. Nicely equipped and you’re looking at 46K, which is a lot more than Audi’s proper mini-SUV, the Q5, which starts at $35,600. Some other models to consider are the Volvo XC70 and XC90, the Acura TSX Sportwagon and, the granddaddy of them all, the Subaru Outback. All weirdly great cars in their own special ways.

The Allroad looks great, drives like a charm, and is in that sweet spot between a crossover and a wagon. While the price tag may be a bit daunting to some, especially compared to the other models in its class, the Allroad presents a compelling premium buy in a segment that is dwindling in size. With the Allroad, the choice doesn’t come down luxury or utilitarianism–why not have both?