Innovations in Driving: The Seat Belt

A short history of the automobile's biggest life saver 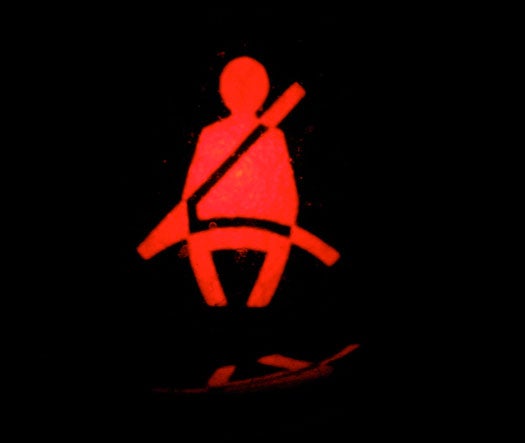 I remember the precise moment when I vowed never to drive, or even ride, in a car without wearing a snugged-up seat belt. It was the afternoon of Sunday, May 25, 1975, during ABC’s broadcast – tape-delayed back in those days – of the Indianapolis 500. Lap 126, for those keeping score at home.

Tom Sneva was about to lap Eldon Rasmussen. Sneva’s McLaren dove underneath Rasmussen’s Rascar in the short chute after Turn 1. But as the cars swept through Turn 2 side by side, Sneva’s right rear tire rode up over Rasmussen’s left front. The McLaren cartwheeled through the air and hurtled into the outside wall at something like 175 miles per hour. The impact was enormous, far worse than anything I’d ever seen before, including the crash that had killed Swede Savage on the same track two years earlier. (Check out the video here:)

The car burst into flames and broke roughly in half. And I knew, beyond the shadow of a doubt, that Sneva had died in the fireball.

One minute later, Sneva struggled out of the mangled race car, dazed and slightly burned but otherwise okay. A minute after that, I vowed that I’d never again ride in a moving car without buckling up.

Federal statistics show that 84 percent of all Americans use their seat belts. This is up from 58 percent in 1994. (See this link for details.) According to the people who study this stuff, wearing a seat belt is the single most important thing you can do to improve your chances of surviving an accident. In fact, the one out of eight Americans who don’t wear their seat belts account for nearly two-thirds of all the fatal accidents, which suggests that getting killed is the penalty you pay for being a complete ignoramus.

Some people complain that they find seat belts constricting. Even if this were true, it would be a pretty stupid reason for failing to use them. But in my case, I find that wearing a seat belt makes me feel more connected to a car, and that this connection gives me a better read on what the chassis and tires are doing. Also, after so many years of wearing them, I have to confess that I hardly even notice seat belts anymore. Personally, I find them no more uncomfortable than underwear, which, as everybody knows, are another good thing to have on in the event of a serious accident.

Looking back, it’s hard to believe how little attention was paid to safety during the automobile’s first half-century. By the 1950s, cars coming out of the factories in Detroit featured dramatic interiors filled with lots of hard, shiny surfaces (excellent for crushing craniums) and plenty of pointy objects (perfectly placed for impaling torsos). It’s no coincidence that the fatality rate was exponentially higher than it is now. But in America, at least, style was king. So it remained for a relatively obscure Scandinavian manufacturer to pioneer the single greatest advance in automotive safety.

Seat belts, it should be noted, date back to the 19th century, and lap belts started appearing in street cars in the 1930s, though they were completely optional and rarely used. In the motor-sports world, racers were conflicted about seat belts. The Sports Car Club of America made them mandatory in 1954. But in race cars of the day, rollover protection was essentially nil, so there was one school of thought that held that jumping out of a car before it hit an immovable object was preferable to staying inside the cockpit. Also, while lap belts prevented occupants from being ejected from their cars, they didn’t restrain the head or upper body. And lap belts themselves could cause serious internal injuries in high-speed impacts.

Nils Bohlin was convinced that he could devise a better solution. He was a Swedish engineer who had designed safety gear, including ejection seats, for Saab airplanes before joining Volvo in 1958. These days, of course, safety is not only part of Volvo’s DNA but also a major component of its marketing strategy. But back when he was hired, Bohlin was the small automaker’s first safety engineer, and designing a new seat belt was his top priority. In airplanes, a four-point harness – two lap belts and two shoulder belts – was standard. But as Bohlin once put it: “The pilots I worked with in the aerospace industry were willing to put on almost anything to keep them safe in case of a crash, but regular people in cars don’t want to be uncomfortable even for a minute.” So he started working on a less restrictive design. “It was just a matter of finding a solution that was simple, effective and could be put on conveniently with one hand,” he explained.

Bohlin came up with the three-point seat belt, which secured the chest and the lower torso with a single belt that buckled near the hip. Bohlin’s creation was first featured in Volvos in 1959. In 1962, he received a patent for his design, and before long, it was standard equipment in every car sold in the United States. By the time Bohlin died in 2002, Volvo estimated that one million lives had been saved worldwide by his invention. (BTW, here’s what happens when you don’t wear your seat belt:)