Terrafugia Flying Car Approved by FAA, Will Be Available Next Year

Late next year, you’ll be able to buy your own flying car — er, “roadable aircraft” — thanks to a... 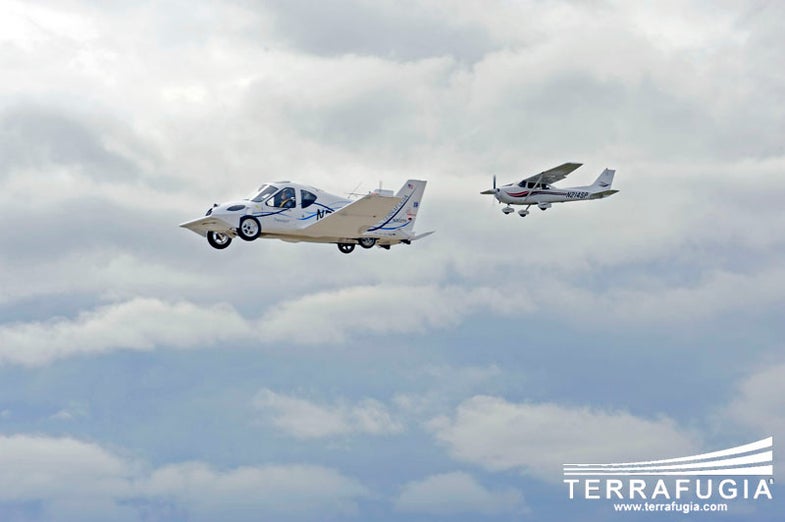 This flying car will be available for purchase next year. Terrafugia
SHARE

Late next year, you’ll be able to buy your own flying car — er, “roadable aircraft” — thanks to a thumbs-up from the Federal Aviation Administration. As long as you have $194,000 and a sport pilot license.

The agency approved the Transition plane-car this week, giving it a Light Sport Aircraft rating. The test prototype has been flying for about a year, but plane-maker Terrafugia will unveil its production-class plane next month at the Experimental Aircraft Association’s annual convention in Oshkosh, Wisc.

The Transition drives like a car, uses normal high-octane gasoline, has front-wheel-drive and even comes with airbags. Its fuel economy is about 30 miles per gallon. But unlike your Prius, it can unfold its wings and fly. You’ll only need a one-third of a mile strip for a runway, meaning you could conceivably use your own street. It is powered by a rear propeller and flies about 115 miles per hour.

The ideal customer is a sport pilot who gets tired of flying to regional regional airports only to have to wait for a cab, rent a car or use public transportation. Now he or she can just fold up the wings and motor on to the next errand.

It won’t be ideal for cargo trips — it only holds about 460 pounds, including fuel and passengers — but for sport pilots on short jaunts, it’s a one-vehicle solution.

The Transition uses normal fuel, making it the greenest plane in the sky, Terrafugia says. And potentially one of the safest — if the weather turns bad, the plane can land and drive home instead. 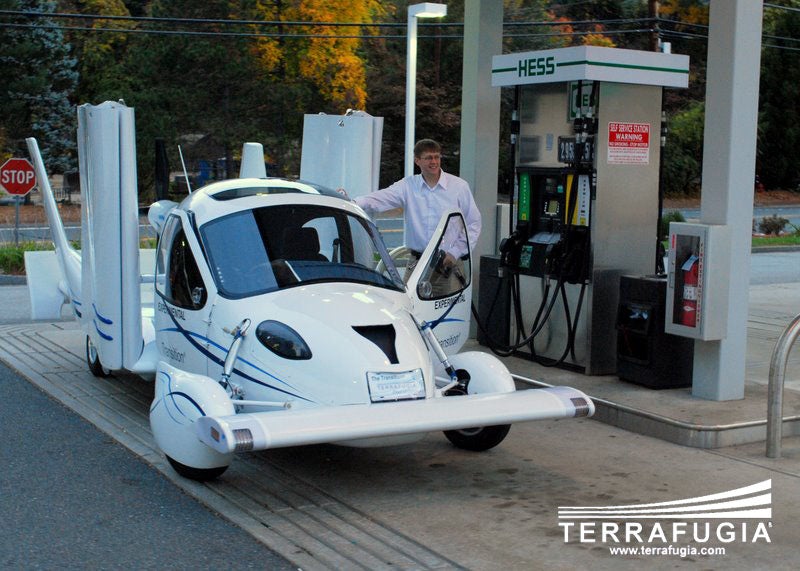 Five former MIT students, all of them pilots, founded Terrafugia in 2006. The plane’s FAA approval had been delayed because it weighs too much for the Light Sport Aircraft designation, but the aviation agency gave it an exemption this month. It needed a few extra pounds to accommodate the airbag system and a safety cage, Terrafugia says.

The retail version of the Transition should be available by late 2011. The company has already received 70 orders.