Aerospace innovator retired in April, but not before designing a new roadable aircraft 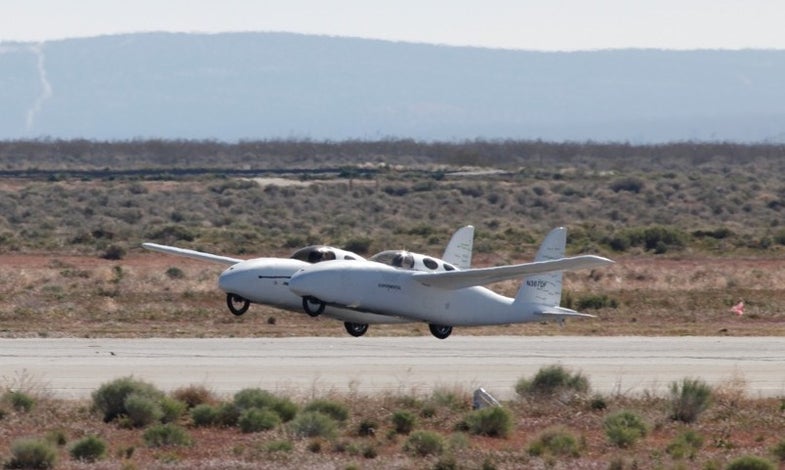 The Model 367 BiPod is a dual-fuselage, hybrid electric car-plane, which engineers at Scaled took from a preliminary design to first flight in just four months. It made its maiden trip March 30, just before Rutan’s official retirement.

The company says it has made several short jaunts off the runway at Mojave, Calif., building up enough speed with the drive train to take off without propellers, which have not been installed yet.

The roadable aircraft, which in typical Rutan fashion looks bizarre and awesome, will have two 450cc engines, one for each twin fuselage. The driver/pilot will get in the left-hand cockpit to drive, and get in the right-hand cockpit to fly, Aviation Week explains.

In car mode, it can go 820 miles on tank of gas and 35 miles on batteries alone.

Click through to AvWeek for the full specs and lots of photos, including an image of what the car-plane hybrid will look like when the wings are removed and stowed under the fuselages.