Looking for open parking spaces in the city is one of the more teeth-grinding rituals for drivers, but researchers at... 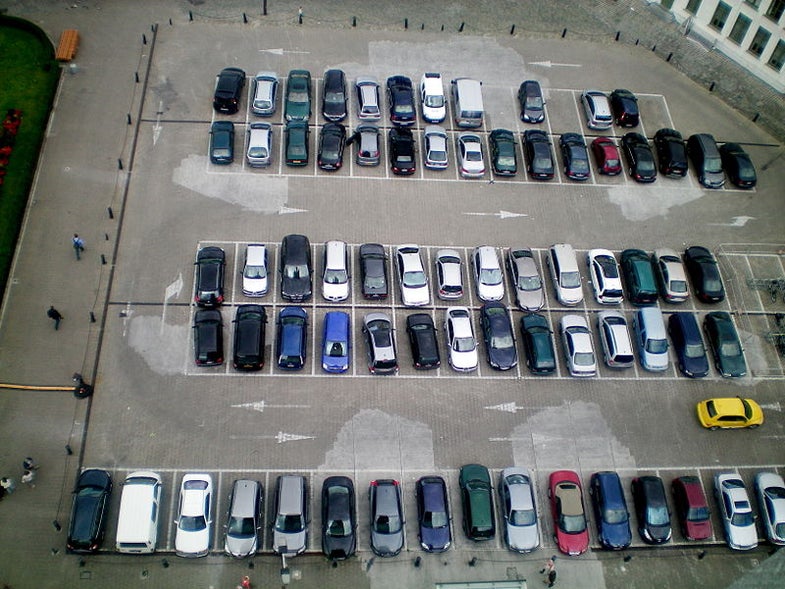 Looking for open parking spaces in the city is one of the more teeth-grinding rituals for drivers, but researchers at Rutgers University in New Jersey may have hit upon a relatively low-cost solution. They combined ultrasonic sensors with GPS to create digital maps of available parking spaces for Web-based navigation systems, according to Technology Review.

As much as 45 percent of traffic in Manhattan comes from cars wearily circling the blocks and looking for parking spaces, according to a New York City transportation advocacy group called Transportation Alternatives. That problem has driven cities such as San Francisco to create “smart parking infrastructure” that detects vehicles in parking spots using fixed sensors — a solution that costs $500 for installing and maintaining each sensor.

The Rutgers researchers took a more mobile, low-cost approach by builing a sensor platform based on a $20 ultrasonic sensor that gauges the distance to nearby obstacles, and a $100 GPS receiver to mark locations. They combined the setup with a PC to transmit the data to a central server via Wi-Fi, and placed the prototype platform on just three cars that commuted through Highland Park, NJ.

Based on data collected from daily commutes of the three cars alone, the team created an ultrasound algorithm to calculate available parking spaces that was 95 percent accurate, and also made digital maps based on the GPS data that were more than 90 percent on target. Such digital maps could then become available to navigation systems on other cars via Wi-Fi connections or the more widely available cellular modems, and perhaps become part of the traditional GPS setup in cars.

A next possible step could involve outfitting taxicabs or other cars that regularly drive around. The engineers say that they could cover the entire downtown San Francisco area using just 300 taxis for $200,000, compared to the $3 million price tag for just one of San Francisco’s fixed-sensor parking lots. We’ll take that, please, along with our parallel-parking cars.