Who Drives Better: Drunks or Stoners? 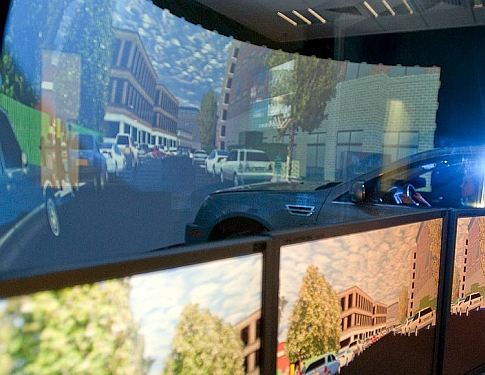 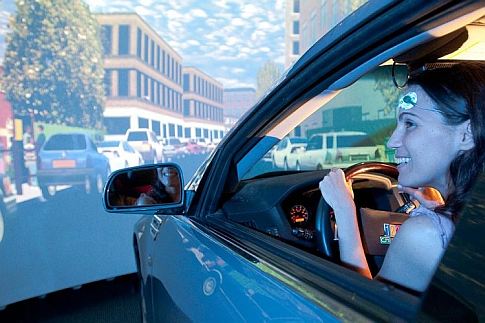 When I slipped behind the wheel of the traffic simulator at Israel’s Ben Gurion University recently, it was less than two minutes before I was bumping into the virtual cars and swerving around pedestrians. Maneuvering through the tree-lined urban roads projected in dayglo colors on giant screens was tricky–and I wasn’t even one of their hard-drinking or toking research subjects.

Professors David Shinar and Adi Ronen at the university’s Laboratory for Human Factors in Road Safety just opened the custom-built driving simulator this spring where they will conduct further research on pot-smoking drivers versus their inebriated counterparts. The gleaming bronze GM Cadillac simulator, which faces a wall of synchronized 160-degree screen images, immerses drivers in a personalized road trip like an IMAX movie, while researchers monitor their glance, expression, and heartbeat. Anyone who has sped home after a night drinking at the bar, or gone out for a lazy ride after smoking marijuana, may already know intuitively what two Israeli professors have been driven to discover.

In a recent preliminary study, the professors enlisted 14 students — all recreational marijuana users — and tested them both when they were stoned and when they were soused. (Recruiting subjects for the marijuana and alcohol studies doesn’t require much work. The lab doesn’t even advertise, but as soon as word of the study got out, volunteers came rushing in.) The students were tested for physiological strain and driving performance as they drove through rural communities and desert scenes, and past roadblocks and pedestrians. One group smoked low and high doses of THC. Another downed vodka and “orange drink” cocktails to reach Israel’s legal limit of .05 percent blood alcohol content. Others took a placebo.

None of the doped-up or drinking drivers were models of safety on the road. They tended to switch lane positions, swerve, and vary their steering. But the THC cigarette smokers drove significantly slower than the liquored-up subjects, who zoomed down the virtual lanes. The drinking drivers also tended to be confident and boast a sense of control, while the pot smokers seem to be “more aware of their impairment.”

But that feeling can be a road hazard. “People who smoke marijuana think they can compensate for the drug’s effect, but they can’t,” said Shinar, who founded the lab and is the chief scientist of Israel’s National Road Safety Authority. “A detachment from reality is dangerous.” More people die in traffic accidents than in wars, Shinar emphasized; he hopes this study will step up enforcement of dosed-up drivers.

What’s the next stop on the research track? Results from a study on how double-dosing on pot and booze impacts driving patterns. The lab will also test the effects of marijuana and fatigue on “hazard perception,” and how caffeine-packed energy drinks, when mixed with alcohol, alter driving behavior.

But teetotal drivers aren’t off the hook. Researchers also want to rev up the simulator to see whether talking on cell phones and with other passengers make sober drivers dangerous behind the wheel.