One of four new ideas transforming your ride 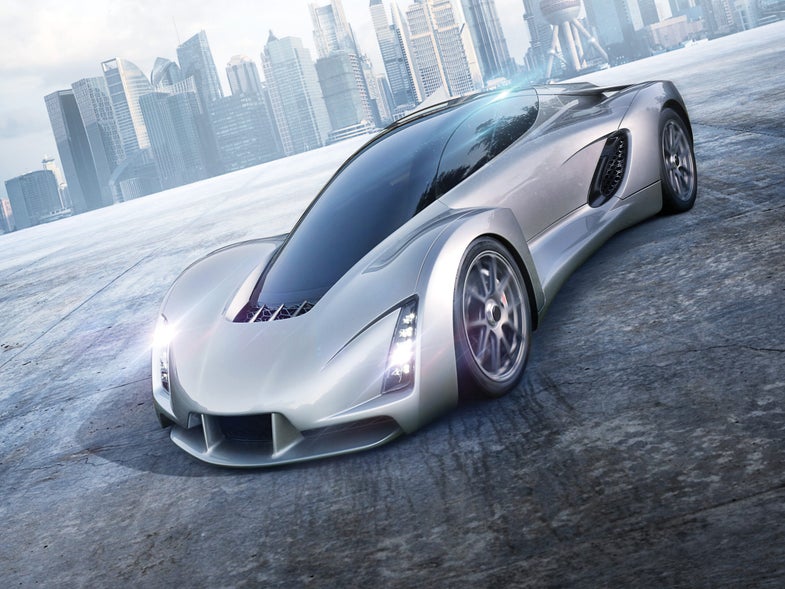 In 2010, Kevin Czinger had a revelation. As the co-founder of a small electric-car company, Coda Automotive, he had been driven by the laudable goal of creating a cleaner vehicle, one that uses less fossil fuel and emits less carbon. But as production began, he realized that “if our business scales up, with our technology, we will literally destroy the planet.”

The life of a car is a dirty one. Most pollutants associated with it come not from driving it but from manufacturing it and producing its fuel, whether gas or electricity. Electric cars, particularly those with large battery systems, might generate greater environmental damage from manufacturing than their reduction in emissions offsets. To tackle the problem at its source, Czinger quit Coda and started Divergent Microfactories, which is reimagining auto manufacturing. It produced the Blade, a supercar made with 3D-printed parts.

In essence, Divergent is a DIY-platform for small-batch carmakers. For as little as $4 million, an aspiring carmaker can get the tools and know-how to set up a microfactory. (A traditional auto factory costs around a billion dollars before the doors even open.) By using an ultralight chassis made from printed parts, would-be carmakers can reduce materials and costs. To lure clients, Czinger set up a facility in Torrance, California, to build the Blade, which runs on gasoline and compressed natural gas. At 1,400 pounds, it is more than three times lighter than a Tesla Model S and blazingly fast (zero to 60 in 2.5 seconds). More to the point, it took only seven months to go from design to car (no expensive tool-and-die shop, no delays from parts suppliers). That’s a win by any measure.

To create the Blade prototype, Kevin Czinger used 69 3D-printed aluminum connectors, called nodes, as the basis for the chassis. Those nodes act like joints that link tubes of carbon fiber. Armed with a bunch of nodes, some epoxy, and a stack of tubes, two people can assemble the Blade’s chassis in 30 minutes. The result is a frame that weighs just over 100 pounds, about 10 to 20 percent the weight of a standard frame.

Czinger created the Blade’s body from aerospace-grade carbon-fiber shearing. That allowed him to avoid the time- and energy-intense process of stamping metal body panels. Entrepreneurs, like the ones Czinger is trying to lure to his microfactory, could just as easily use Kevlar or Spandex, reducing weight even further. And, he says, body panels can be made for less than $1,000.

Like a PC-maker using third-party processors, Czinger outsourced the guts of his car, buying a custom gasoline and compressed natural gas engine from another manufacturer. The engine is small— four cylinders and 700 horsepower—but in such a light vehicle, it delivers supercar performance and is light on emissions. Czinger estimates it has less than half the carbon footprint of the Tesla Model S.