A Camera That Covers Every Angle

No blind spot for this one 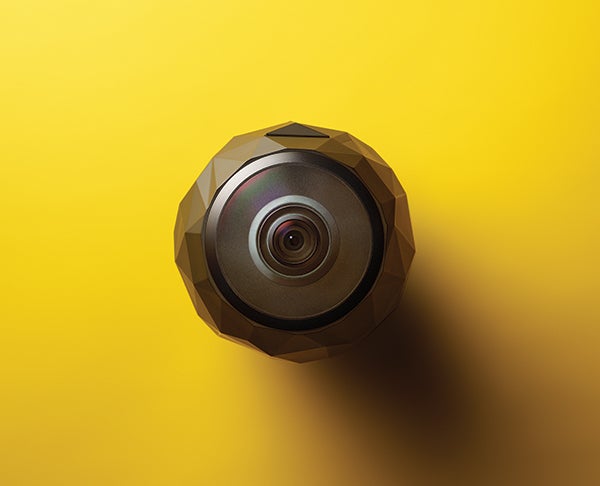 For 16 years, EyeSee360 has made panoramic cameras for the military and other industries. Now the company has adapted its technology for the 360Fly, a consumer video camera that allows anyone to record a whole scene—360 degrees around and 240 vertically—without moving. Users mount the baseball-size camera on a tripod or GoPro-style on a helmet or surfboard. The lens captures the image, and the camera sends footage to a phone or computer over Wi-Fi. Viewers can watch the video as a single framed shot or click-and-drag to see the entire scene almost as if they were there.