Along with the new Gear 360 camera and more 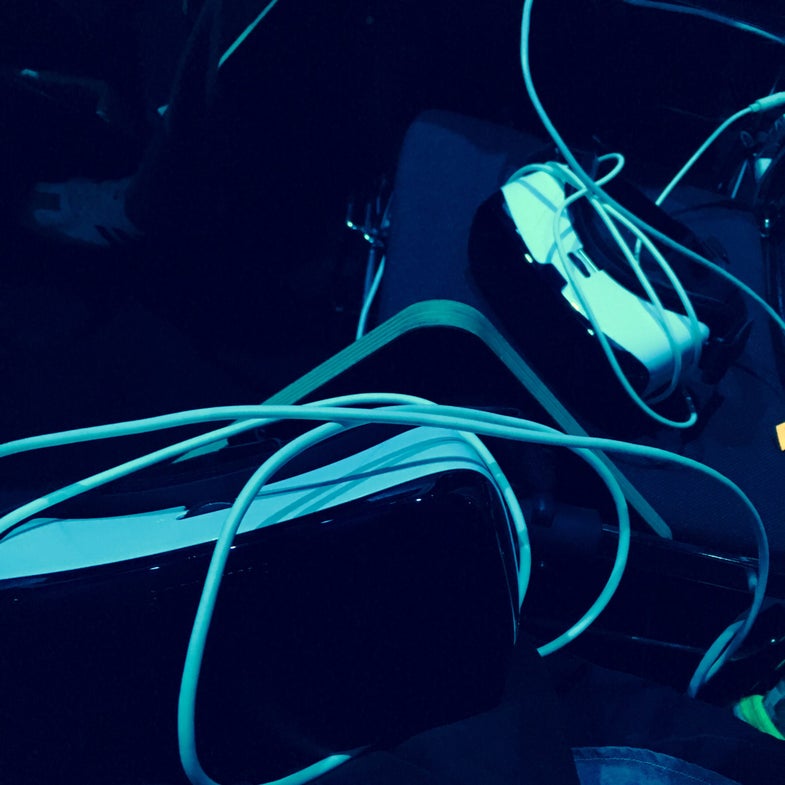 Samsung is known for putting on a show during its press conference events announcing new devices. From broadway shows to special celebrity guests, the South Korean company isn’t too proud to go the outlandish route and build buzz. Samsung has decided to continue the trend by using its Gear VR headset to hold its Galaxy S7 release announcement in virtual reality. The event itself took place in the physical world earlier today at the Mobile World Congress (MWC) tech show in Barcelona, Spain.

The Samsung Galaxy S7 is the 2016 update to the company’s flagship smartphone product. While many handset manufacturers create Android devices, Samsung’s products are lauded as the iPhone’s biggest hardware competitor. Today, for the first time in a year, the flagship Galaxy S lineup saw an update.

The Event In VR

Most noticeable about Samsung’s Galaxy S7 press conference at MWC in Barcelona were the Gear VR headsets attached to each seat. A tutorial of how to use the VR helmet appeared on the main screen at the event until the keynote was ready to start. After Samsung’s president of mobile communications, DJ Koh, left the stage, the prompt for attendees to put on their Gear VR headsets filled the room.

The Galaxy S7 was introduced in VR. The phone filled the virtual room inside the headset while “ooh’s” and “ahh’s” filled the actual one. The prompt to remove the VR headset had the crowd very audibly disappointed. The exact opposite of when Mark Zuckerberg showed up earlier.

The virtual reality portion only lasted about 5 minutes, but Samsung had audience members enter virtual reality once more for the demo of its new 360-degree camera (more on that later). The demo of a three young boys juggling a soccer ball in Spain surrounded attendees in the virtual world.

The eye-candy of seeing the ground disappear and having new S7s fly above and below us were cool, as were the immersive videos. But we’d hoped the entire presentation would take place in VR. Perhaps one day. 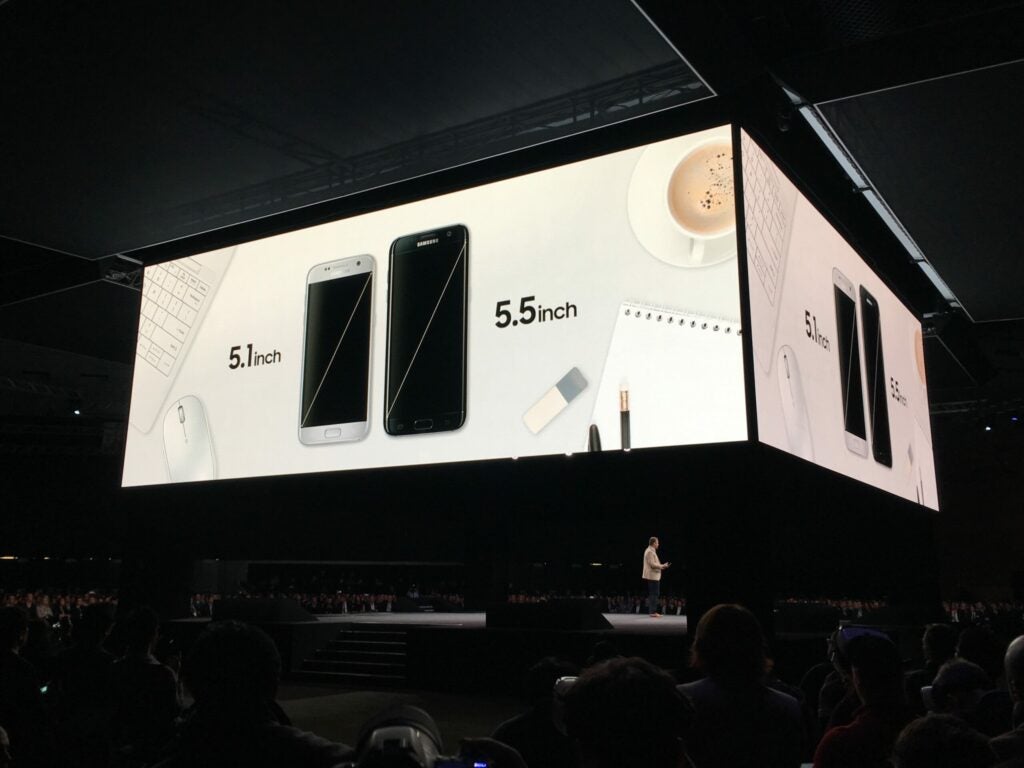 More About The Galaxy S7

The Samsung Galaxy Gear S7 and S7 Edge bear many of the same features fans of the device saw in the S6. An all-glass design and pixel-dense screen once again joins features like a powerful camera. Inductive charging and added quick actions to the Edge variant also see an encore in the S7. But there are some improvements.

Old features like the camera have been brought up to speed for 2016 with bigger pixels and a brighter lens. The rear shooter now supports an f1.7 aperture, better low-light performance and quicker auto-focus. The upcoming Samsung Lens Cover further bolsters the device, offering a wide angle lens.

interestingly, the Samsung Galaxy S7 and S7 Edge uses a Super AMOLED screen to always stay on when the screen’s visible. While the device is in your pocket or face-down, the low power mode version of the display disappears and is completely off.

Also the new version can also be used in a better deep of water, thanks to IP68 water-resistance. And the removal of expandable storage has been remedied—the Galaxy S7 once again brings micro SD cards back to Samsung’s flagship. Storage junkies can have up to 128GB extra.

Samsung also introduced a 360-degree recording camera — the Gear 360, new cases for the Galaxy S7, and other accessories for its users.

Today, Samsung joins numerous manufacturers making 360-degree cameras. As a company that sells a virtual reality headset, offering customers a way to record footage panoramically all around them is the next logical step.

Much like other 360-degree cameras on the market, Samsung’s Gear 360 makes use of a round design with a lens on two sides. Each lens can record 195 degrees around them. A companion app for newer Samsung devices let you view, stitch and share footage.

The tripod doubles as a collapsible stick you can use to hold the device. Storage is expandable and, unlike many 360-degree cameras, the battery is removable on-the-go. Footage can be exported to Youtube and Google Street View. Price and release date set have yet to be announced.

With battery packs, cases with lens attachments and a wireless charging dock coming up, Samsung is looking to give potential Apple users no reason to switch over. The company is known for throwing many features against the wall and seeing what sticks, but now they’re throwing harder than ever. With an rumored March event on Cupertino’s side, we may not have to wait long to see how Apple will respond.

Samsung’s Galaxy S7 and S7 Edge hit stores on March 11 and will be available for pre-order “in a matter of days,” according to the company. Buyers in the US, Europe and select other countries will receive a free Gear VR with their purchase.