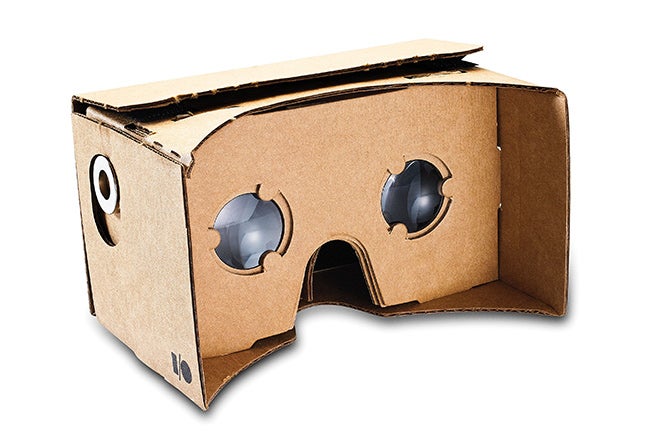 Five years ago, the first mirrorless interchangeable-lens cameras (ILCs) were introduced with the hope that they could compete with larger, more expensive digital single-lens reflex cameras (DSLRs). They couldn’t. Since then, manufacturers have been grinding away on the technology, adding bigger imaging sensors and better lenses. This year, Sony introduced a ILC that not only goes toe-to-toe with DSLRs on quality (at almost half the weight) but also does some things even better, namely shooting at night.

The α7S is the first camera—DSLR or otherwise—that can capture images in almost complete darkness. It has a full-frame sensor that’s only 12.3 megapixels—about half the typical pixel density. The lower density allows for larger pixels that can capture more light. Because the camera body is a trim 1.9 inches, the sensor sits closer to the lens, which also permits light from oblique angles. In the end, the α7S boasts a peak sensitivity of ISO 409,600, which means that photographing a moonlit beach is as simple as point and shoot. $2,500 (body only) 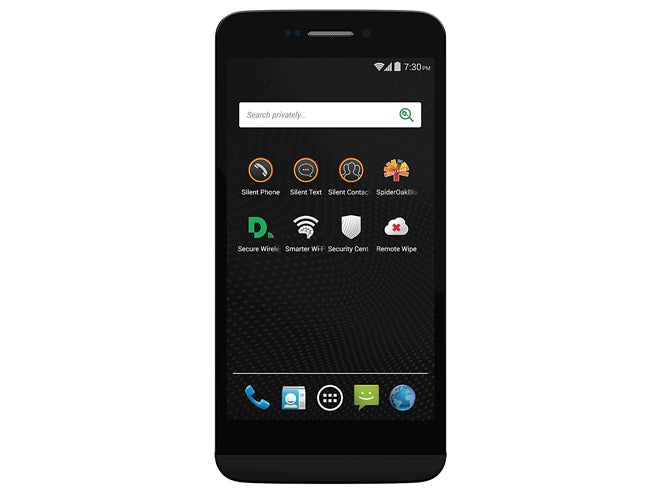 A phone that protects your data

Over the past year, we’ve learned the hard way that our cellular networks aren’t all that secure. As data vulnerabilities become a greater concern, people will demand better protection. The hypersecure Blackphone ensures that all communications remain private when being transmitted to and from the device. The phone runs on PrivatOS, a custom version of Android. In conjunction with an app suite, it can encrypt calls and texts—as well as enable private Web browsing and cloud storage. Messages and calls have unique encryption keys, so only the sender and recipient can decode each one. $629 (includes one year of service) 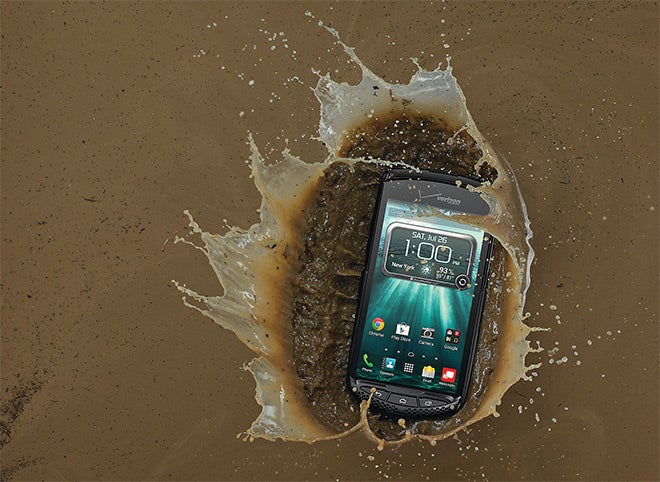 A cracked screen is the curse of our technologically dependent lifestyle. A recent survey found that one out of every four iPhones will suffer that indignity. This year, Kyocera debuted a display that’s virtually indestructible. The Sapphire Shield is made from lab-synthesized sapphire, one of the hardest materials on Earth. The screen can survive a fall from twice the height that regular glass can. In addition, it’s nearly impossible to scratch. 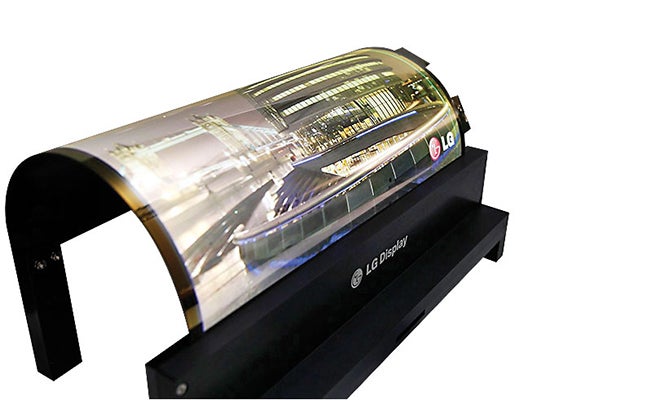 Long have we lived with the promise of truly flexible displays, and long have the nuances of material design kept it from becoming reality. Earlier this year, LG introduced the first large-size mass-producible flexible OLED display. Thanks in part to a bendable polyimide film (instead of hard plastic) on the back-plane panel, the 18-inch high-resolution screen can roll into a one-inch-wide tube. The company expects to develop an ultra-HD flexible monitor that’s greater than 60 inches by 2017.

Facebook, Google, and Samsung may have ventured into the virtual reality market this year, but their head-mounted displays won’t find a lot of traction without good content to support them. The 360fly is a camera that may help capture all that immersive video. Using an eight-element lens, it records video 360 degrees around and 240 degrees up and down. For now, viewers can click on and drag footage to pan through scenes. Someday, with VR, they may just be able to move their heads. $499

Drawing on a touchscreen has never been as natural as doodling on paper. An iPad’s capacitive display only records touches that are greater than 4 millimeters—too large for finer details. The tip of the Adobe Ink stylus is just 2 mm, but a specially designed transmitter near the grip of the pen tricks the screen into reading it anyway. The kit also comes with a bonus for draftspeople: the Slide ruler uses two capacitive pads to plot straight lines and other shapes onscreen. $199 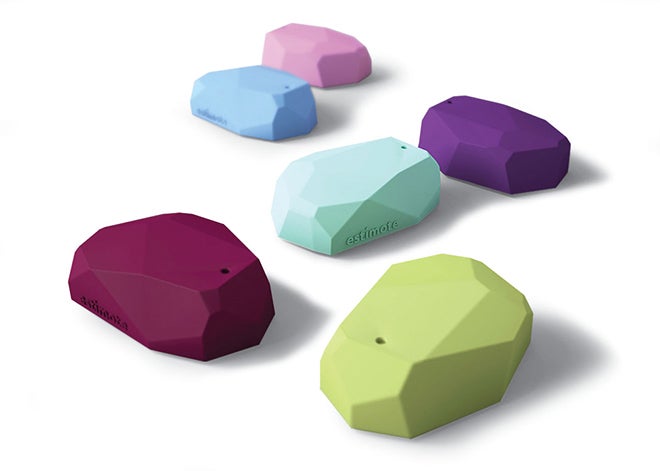 A network for indoor navigation

iBeacon, Apple’s new communication tool, brings locational awareness indoors. Unlike GPS, which typically requires an unobstructed path between the device and satellite, the platform relies on small Bluetooth modules that identify people’s proximity in a given location inside or out. The beacons can then push tailored content (such as exhibit notes in museums or coupons in a store) directly to smartphones. Developers have already built hundreds of applications, including one that lets fans order concessions in baseball stadiums and another that guides blind passengers through the San Francisco airport. 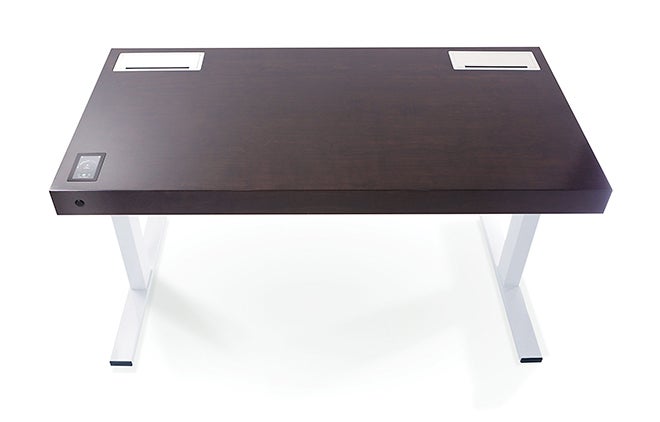 Office furniture that keeps you moving

Standing for part of the day can prolong a person’s life. Yet more than half of sit-to-stand office desks never leave the sitting position. The Kinetic Desk prompts users to move more frequently. A user programs the desired percentage of daily sitting and standing time on a touchscreen, and the desk takes over. When it’s time for a shift, the desk will signal the user with a nudge, which he or she can accept or deny by tapping the screen. Over time, the desk learns patterns—say, a preference to stand after lunch—and tweaks the schedule accordingly. $3,890

Instead of building a headset from scratch, Google created Cardboard, a complete virtual reality (VR) experience made from $25 worth of parts (a corrugated box, plastic lenses, rubber bands, glue, and magnets). A smartphone fits into the front of the box to serve as both the screen and the brains of the headset. An app enables users to take virtual tours in Google Earth or play games. And, for the truly inspired, a free tool kit makes VR development easier than ever. $25 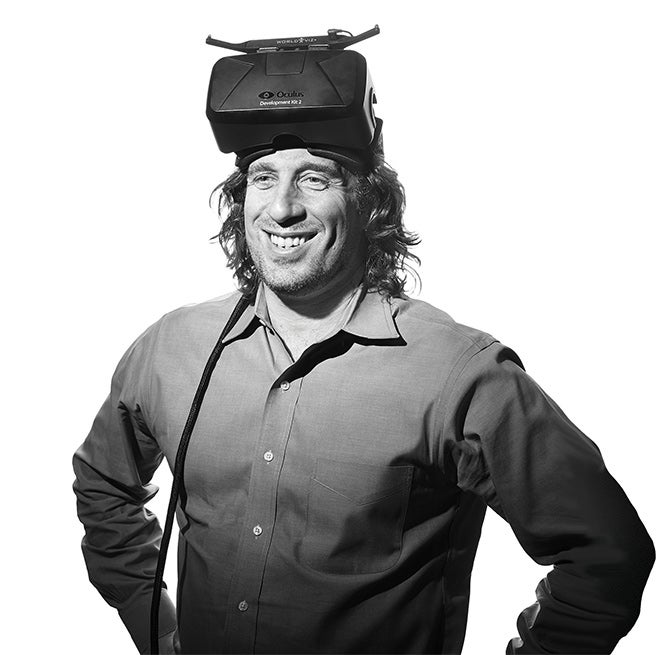 Few understand the promise and pitfalls of virtual reality (VR) better than Jeremy Bailenson. In 2003, he founded Stanford University’s Virtual Human Interaction Lab, and he’s since counseled Facebook, Samsung, and others on VR strategies. To Bailenson, VR’s potential far exceeds today’s applications. The platform will become the most important one ever.

Popular Science: Big technology brands are racing toward VR, but is there a market for it?

Jeremy Bailenson: Yes. People love media. Everybody’s buying bigger TVs and playing more immersive video games, using systems like the Wii and Kinect. At the same time, the success of social media shows that people like interacting with virtual others.

PS: What makes VR so different from the platforms we’re used to?

JB: When VR is done right, there is no interface. The way you walk up to something is by walking; the way you make eye contact with someone is by moving your eyes. VR produces the exact perceptual phenomenon you have moving around the world. When I’m using a mouse, I know I’m using it. When you’re in VR, you forget there’s a medium. ** PS: Videogames, telepresence, and movies are the most cited VR applications, but how else might we use it?**

JB: Say an insurance company wants to train people to avoid accidents. You’d never want to train them by making them have a physical accident, but VR can give them a lesson so real they’ll never [forget it]. Weight-loss companies can teach people to maintain their diets by showing them versions of their ideal self. Owners of sports teams want to implement VR into their training.

PS: Those are all positive results. Is there a potential dark side?

JB: Some experiments have shown that when violent videogames become more immersive, the transfer of violent thoughts and aggressive behavior is amplified. I try to steer the conversation as much as I can to make results more positive than negative. I’ve tried to urge Oculus, as the company makes video­games, to think about adding public service announcements, like on TV. What if every time you played a game, you’d have to learn about the environment for 30 seconds to get to the next level?

PS: Some of your studies address lofty ideas, like using VR to promote environmental conservation. What do you say to the nonbelievers?

JB: I can put up graphs until you’re blue in the face, but in the lab, it’s different. I give a tree-sawing demo to groups, and the person inside the demo always looks at me wide-eyed. Imagine if I forced you to take a chainsaw, go to Yosemite National Park, and cut down a beautiful redwood tree. That would be something that would stick with you.