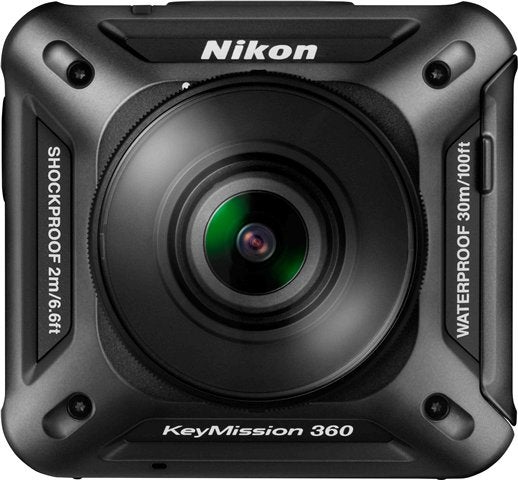 At the time of the announcement earlier today at CES 2016, very little information was available about the camera’s technical specifications. Here’s the little information that we know: it’s waterproof to approximately 100 feet (30 meters), dust-proof, shock-proof and survives low temperatures without a hitch.

We still have no idea how much this device will cost, but it’s safe to say it will likely be on the pricier side. Right now, GoPro’s 360-degree camera rigs cost more than $1,000 including the cost of each camera. Nikon’s solution appears to be much simpler, though we expect that functionality to come a premium. 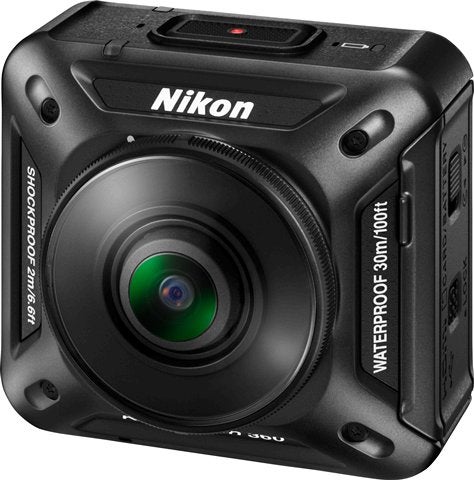 An angled view of the new omnidirectional action camera. 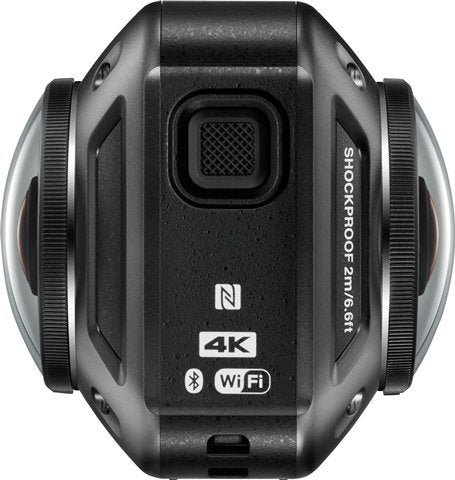 A right-side view of the new omnidirectional action camera. 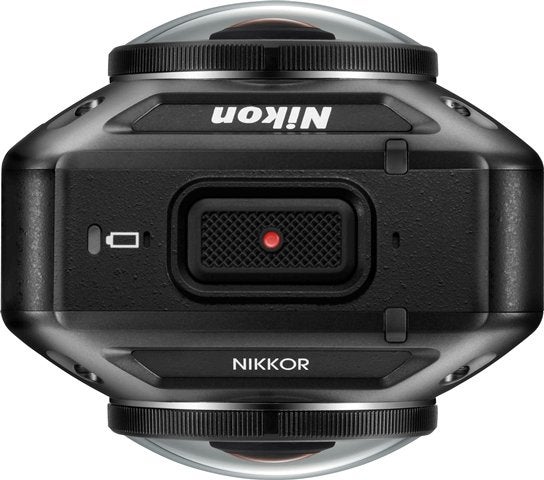 A view from the top of the new omnidirectional action camera.
virtual reality