We need more ‘body farms’ to figure out how corpses rot 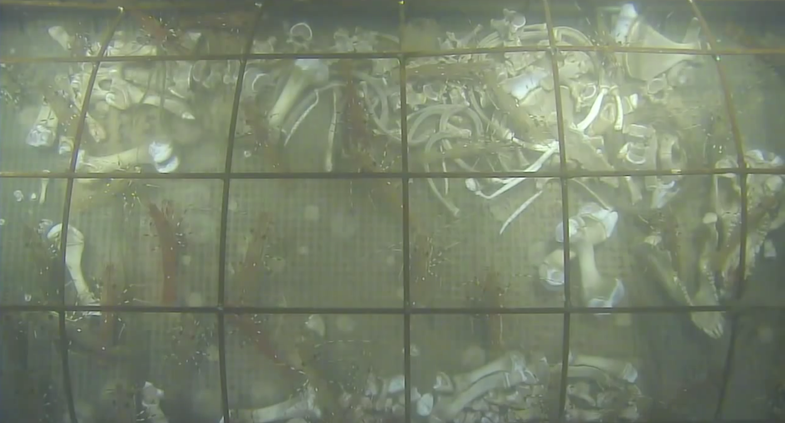 On September 2, 1998, Swissair Flight 111 plunged into the Atlantic Ocean, killing more than 200 people. When the time came to recover their bodies, a temporary morgue was set up, with yellow tape to mark spaces 3 feet by 6 feet for each person. There was little information about what happens to bodies that go into water, so investigators believed that the passengers would be completely intact.

“Everybody, including the army, thought that when the plane came to rest on the bottom of the ocean it would be there, with everybody inside, dead of course but sitting in their seats…strapped in just like they were in life,” says Gail Anderson, a forensic entomologist at Simon Fraser University in Burnaby, British Columbia. However, “With the G-forces and the like going down into the water, nobody came out of that in bigger than a small GladWare bag. They were completely destroyed.”

Nearly 20 years later, we still don’t know much about how bodies break apart or decompose in water. It’s more difficult and expensive to place carcasses on the seafloor and study them than on land. “There’s been far more research on land than water, and even that research is lacking in many regards,” says Erin Kimmerle, a forensic anthropologist and director of the Institute for Forensic Anthropology and Applied Science at the University of South Florida in Tampa.

This puts investigators at a disadvantage, particularly in coastal areas like Florida. “We don’t understand it, we have no idea,” Anderson says. “And unfortunately, a lot of people do die in the ocean…homicide victims are dumped, but also you’re going to have…maritime disasters, planes that go down, boats that go down, tsunamis.”

But researchers are starting to fill in the gaps in our knowledge. Anderson lowers pig carcasses to the seafloor to film them as they decay. And Kimmerle and her team are planning to study how corpses decompose in the state’s uniquely moist conditions at a new facility in Florida. The Florida Forensic Institute for Research, Security and Tactical Training (FIRST) will be the seventh “body farm” in the United States. Slowly, researchers are piecing together how water can skew decomposition or batter a body.

There are many ways that water can interfere with an investigation. For one thing, water makes it more difficult to estimate how long a person has been dead. “Sometimes we see things are preserved a little bit more than we would expect and sometimes we see the opposite,” Kimmerle says.

Researchers do know that tissue may linger in water that is cold or low in oxygen, but predicting how a body will break down is rarely straightforward. There are many elements that may play a role, such as depth and whether the corpse comes to rest in fresh or saltwater. “It really, really varies,” Anderson says. “In some of my experiments we’ve had pig carcasses…last months and months with almost no change whatsoever, and in some cases they’ve been skeletonized in three days.”

On land, a body will bloat as bacteria break down its tissues and release gases. At great depths, the pressure is too great for this to happen. In shallower waters, however, trapped gas may form and cause a body to float up from the seafloor, and even dictate which scavengers can reach it. “In some of my carcasses it actually held the body…two or three feet off the ground, almost like a balloon, and that very much affected what kinds of animals colonized them and what didn’t,” Anderson says.

Moisture can also cause fats to transform into a waxy substance called adipocere that makes bodies difficult to identify. “It can make a person look a lot heavier than they were and distort features,” Kimmerle says. “We try to make facial reconstructions…and that can be particularly challenging because there may be features there, but they’re artifacts of the decomposition process, it’s not really what the person looked like.”

Moving water can knock a body about. “In many situations, the family are lucky in the end to get just a single bone,” Anderson says.

Even relatively intact bodies aren’t easy to decipher. “You can have remains hitting rocks and hitting pylons and things in the water. That can create a lot of trauma,” Kimmerle says. These marks may be indistinguishable from wounds inflicted at the time of death.

“Is that something that happened after the person died…did a motorboat come by and hit it versus something else? Sometimes that can be really obvious, but a lot of times it’s not,” Kimmerle says.

Water’s inhabitants can also complicate matters. On land and even in fresh water, insects will devour a body. In the sea, you’re more likely to find other arthropods such as crabs and sea lice—or, less often, fish or sharks, Anderson says.

She has seen how oxygen-rich water can better host voracious scavengers. “In some areas…there were such thick levels of amphipods on them you couldn’t see the carcass,” Anderson says. “Even the cage bars were completely covered and the surrounding area for about a meter, just covered in them. And then when they fell away there was nothing left except bones.”

These crustaceans can hinder divers’ efforts to recover a body. “At certain times of year, the body might be so thickly covered in amphipods that they may no longer be recognizable as a cadaver,” Anderson and her colleague Lynne S. Bell wrote last month in the journal Insects. “They can be quite dangerous to divers when in close proximity as they are extremely irritating when they swarm over the divers’ face, biting and attempting to get under the mask and can cause a severe panic reaction.”

And a body that has been devoured by marine scavengers may not look like one that has been colonized by insects on land. “The sea lice in particular, they eat from the inside out so one minute it looks fine, then the next minute it just deflates, and then the last thing to go is the skin,” Anderson says. “Whereas on land you’re more likely to have maggot colonization, and…they’re going to remove the facial tissues first, or any wounded areas.”

Rarely, though, this damage is less mysterious that it might first appear. Such is the case with the sixteen sneaker-clad human feet that have washed ashore in the Pacific Northwest since 2007.

“The media got terribly excited about this and thought there was some serial killer running around,” Anderson says. “If you talk to people in New Zealand, Australia, any place with large coastlines, feet do wash ashore…what happens is entirely normal.”

When a body is carried through water and set upon by hungry animals, it’s normal for the feet to break free. And, when attached to buoyant running shoes, it’s not surprising that these feet would then float to the surface.

“We didn’t see any feet washing ashore in sandals or stilettos; they don’t float. So in these cases you’re looking at natural deaths or suicides or accidents and that sort of things, not homicide,” Anderson says. “I was able to show with videos exactly how the crabs disarticulate them.”

In future, Anderson and her team want to examine how carcasses decay in tropical waters, or in the deep waters off of Vancouver Island. They keep cameras trained on their pig carcasses the whole time they are decaying. “So when we see a mark form on the carcass we can actually see what caused it,” she says.

It’s not so hard to understand why a body follows a particular pattern of decomposition in these carefully monitored waters, Anderson says. “But in areas where experiments have not been conducted, which is 99.9 percent of the world, then we don’t know what happens. We need to be doing experiments in each of these areas to find out.”

That’s also why it’s important to have body farms like FIRST in many different environments. Even on land, moisture can shape how a body decomposes. “In Tennessee at their facility…a body on the surface may take a year to fully skeletonize. A year later you may often have essentially mummified tissue, the skin is still on a lot of the bones,” Kimmerle says. “Whereas here in Florida, especially in the summer and fall months, we see complete skeletonization within weeks…when it’s arid things will mummify and tissues will desiccate more than if it’s wet.”

The variations in temperature, hungry animals, and even the type of soil can all contribute to how bodies rot in different parts of the country. “There’s a lot of different questions that make local studies really important,” Kimmerle says.

She’s hoping to create an atlas of how bodies decompose in Florida’s unique environment. And body farms can offer other benefits too, she says. FIRST will hold onto its donated skeletal remains in permanent, up-to-date collections to aid research on how best to identify people, among other projects.

She’s also eager to train divers on what to look for when scouting for human remains. “Very few if any of them have had a hands-on class in bone identification,” Kimmerle says. “So if you don’t even know one bone fragment from another that can really just add to the challenge.”

Kimmerle, Anderson, and other researchers are chipping away at the mystery of what water does to bodies. The more we understand what happens to bodies in water and moist terrain, the more answers there will be for the living. One day, their work may give everyone a better idea of what to expect—from divers sent to find a body, to investigators who will try to figure out what happened, to the relatives waiting for answers.